A proposed cannabis greenhouse grow in Edna Valley is drawing criticism from its neighbors ahead of its Aug. 7 hearing at the SLO County Planning Department, with community members raising objections about its proximity to Los Ranchos Elementary School. 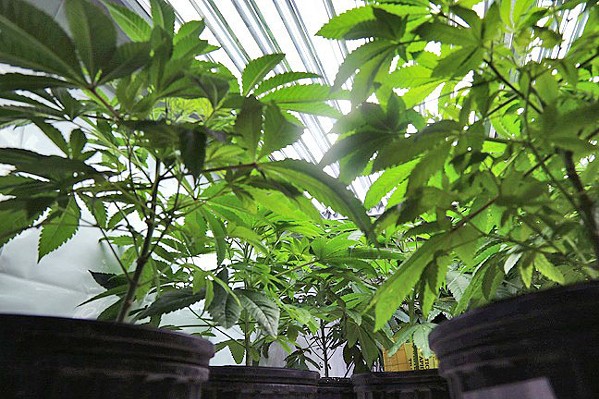 "We have a 10-year-old son attending the school," nearby resident Amy Garrett said in an email to the county. "As an active voter, county contributor, and taxpayer, I completely disagree with this proposal."

The approximately 1,000-square-foot grow in an existing greenhouse off Highway 227 south of Buckley Road is on property 860 feet away from Los Ranchos school—which is closer than the 1,000-foot buffer required by the county between cannabis and schools.

County officials are recommending an exception in this case, noting in a staff report that the greenhouse itself is 1,100 feet from the school and that it has adequate visual blockades, a security plan that includes a barbed-wire fence, and odor control. Cannabis has grown on the 12-acre property since at least 2016, which made the owners eligible for a long-term permit under SLO County's cannabis ordinance.

But residents who say they're just hearing about the grow are upset with its location and the county's willingness to waive the setback rules. Others also disagree that the odor could be effectively mitigated for its neighbors and the students.

"Quite frankly, I am very surprised that the county would consider a variance to the requirement," neighbor Lawrence Martinelli Jr. wrote in a letter. "I live next door to the property, ... The smell now permeates my house, particularly on foggy nights, and we find it necessary to keep the windows closed at all times to minimize the pungent odors."

Applicants John Freeman and Bradford Peters did not return requests for comment before press time.

If approved by the SLO County hearing officer on Aug. 7, residents could file an appeal, which would send the project to the Board of Supervisors. The Edna Valley cannabis conflict hits as county supervisors are poised to vote on a series of revisions to cannabis regulations, which include increasing the setback distance between grows and schools to 1,500 feet (but the revisions wouldn't likely apply to active applications like the Edna Valley grow). That hearing is scheduled for Aug. 18. Δ