Live music is back: Venues all over SLO County have shows lined up for this week, including Carbon City Lights at SLO Brew Rock

Now that live music is back with a vengeance, it's time to support it, and this week there are tons of opportunities, so let's take it in order starting with Thursday, May 13, when the SLO Vibes Trio brings its bebop and Latin jazz to SLO Brew Rock (6:30 to 8:30 p.m.; free). Headed by SLO native and master vibraphonist Tom Brown, the trio includes Darrell Voss on the drums/percussion and Dylan Johnson on upright bass.

Get your Friday night off to a great start when indie alt-rockers Carbon City Lights play SLO Brew Rock (6:30 p.m.; free). The band's newest album, Flame in the Winter, is an emotive juggernaut, and their music is soulful and potent. See them on the outdoor beer garden stage. 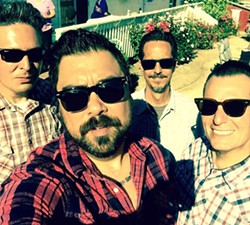 Meanwhile up in Paso Robles, The Bonneville Phantoms will conjure the ghosts of Link Wray and Gene Vincent at the Cal Coast Beer Company (6 to 8 p.m.; free). If you dig Americana, rockabilly, and roots rock, this is your band, playing originals and select covers.

Singer-songwriter and music impresario Steve Key will be joined by cellist Bob Liepman (who's a member of Carbon City Lights) at Sculpterra Winery (noon to 3 p.m.; free) as part of Key's Songwriter at Play series, which today will also include mini sets by Casey Rodgers, Paul Welch, and Rob Kimball. Key writes with a literary flare, and Liepman's cello work is a liquid gold addition to any song. 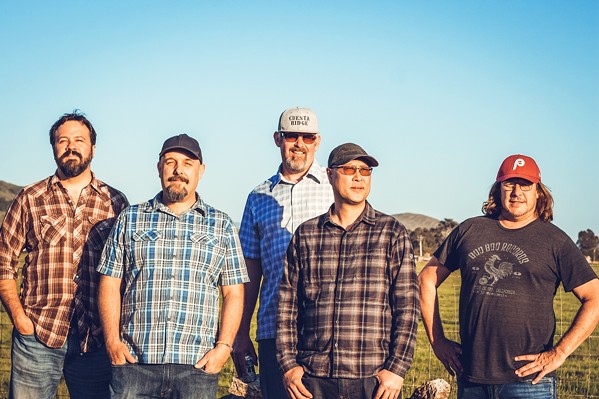 In Los Osos, Americana, bluegrass, and beyond band Cuesta Ridge is kicking off the Spring 2021 Concerts on the Green at Sea Pines Golf Resort.

"Join in for this amazing opportunity to reconnect with the live music community," drummer Brent Vander Weide said. "There will be barefoot dancing on the putting green, savory food and drink, friends, family, and good times! The band has been itchin' to feel the energy of a live audience and this venue never disappoints. To say that we're stoked to open this concert series is an understatement."

The music will start at 2 p.m. with the Cody St. James and Toan Chau Duo. Cuesta Ridge plays until 6 p.m.

Jump in your ride and skedaddle over to SLO Brew Rock to catch Upside Ska doing their skanktastic show of old-school ska covers and killer originals (6:30 p.m.; free). Fronted by Eric Cotton, this is a big band with a big show!

Think of Pozo Saloon's Grateful Campout as your segue between Saturday and Sunday. That's when Grateful Dead tribute band Rosebud plays two sets on Saturday (6 and 8 p.m.) and two sets on Sunday, May 16 (1:30 and 3:30 p.m.). If you want to hang out and spend the night jamming and carousing, it's $20 a person to camp (register at pozocamping@gmail.com if any spots remain). The saloon will be serving up tasty chow and slinging brews. 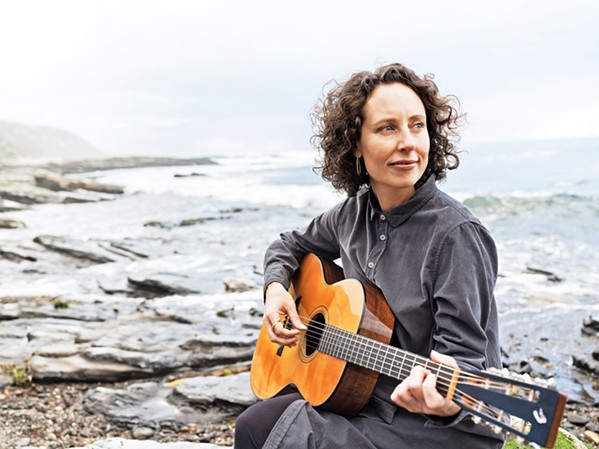 Amazing singer-songwriter Ynana Rose will bring her lovely voice and lilting melodies to Tooth & Nail Winery in Paso Robles (1 to 4 p.m.; free). Bob Liepman (Take a break, buddy!) will join on cello and Paul Griffith on drums, but the star of the show is Ynana's songs, which are simply stunning and also award winning!

Over at SLO Brew Rock, you can get your soul jazz fix with The Mike Butler Trio (3 p.m.; free). Guitar, double bass, and saxophone combine to get your groove on in the outdoor beer garden. 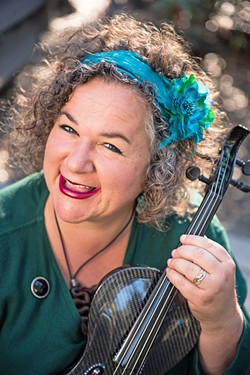 The Cambria Center for the Arts is hosting a major virtual showcase on Sunday, May 16 (4 p.m.; free tickets at cambriaarts.org/Spring-for-the-Arts), to celebrate its planned reopening and to raise funds. Donations encouraged but not required! Starring virtuosic violinist Brynn Albanese, the program will also include a series of short performances as well as a preview of art, music, and film activities planned for the center later this year.

"Due to the pandemic, our center has been closed since last March," center President Mari Fedrow said. "But now, as conditions improve, we will be returning to a full slate of art exhibits, classes, theater performances, film, and other programming."

In addition to Albanese, expect a performance by Greg Gorrindo, an art demonstration by Jeanne Aird, a short film from the Cambria Film Festival, and much more.

Bob and Wendy's next single

"New Cuyama is located very close to the intersection points of Santa Barbara, San Luis Obispo, Ventura, and Kern counties," Wendy Liepman of the husband-and-wife folk duo Bob and Wendy wrote about her new song, "Fault Line." "It is also earthquake country. In some ways we are all living on a fault line, our existence tenuous."

Bob and Wendy have been releasing one new song a month, part of an eight-song album to be released down the road, and this one's flat-out beautiful.

It's a song about resilience and learning to bend, not break. Listen online at bobandwendy.hearnow.com/fault-line-2. Δ