The Los Osos Community Services District (LOCSD) is down a board member after a blunder by the SLO County Clerk-Recorder's Office forced county supervisors to withdraw one candidate's appointment to the office on Nov. 20. 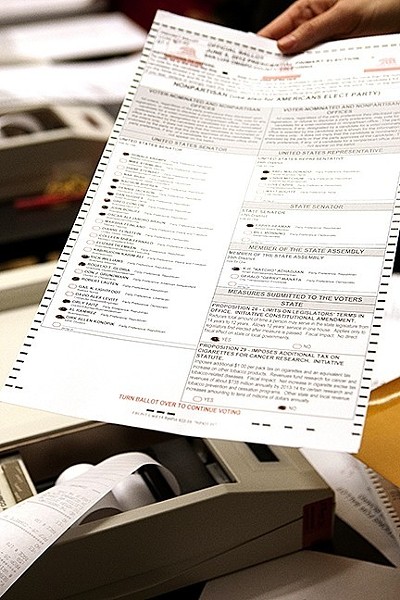 County Clerk-Recorder Tommy Gong took responsibility for making what he called "a clerical error" that allowed LOCSD candidate Christine Womack to run unopposed for a two-year term, while four other candidates competed for two four-year terms in the Nov. 6 election.

Gong acknowledged that all of the LOCSD candidates should have been on the ballot for four-year terms, and said the confusion stemmed from the fact that Womack had been appointed to the LOCSD board in April to fill a seat left by former director Jon Erik-Storm, who resigned.

"When we got word there was an appointment to fill a vacancy, it was happening around the same time when the terms and seats for office were being calculated," Gong told supervisors on Nov. 20. "During that time was when the error was made. It just flowed from there.

"I'm very regretful of this mistake," he added.

On Nov. 6, the county appointed Womack to the seat. With it now rescinded, the LOCSD board of directors will have to decide whether to hold a special election for it in November 2019, or appoint a member to serve until the general election in 2020.

"We do not relish this task," current LOCSD board president Vicki Milledge said in a public comment that defended the district and criticized Gong.

According to both Womack's and Gong's public statements, Womack initially filed for a director seat with a four-year term, like the other candidates. Then, Womack said Gong gave her the choice to run for a two-year term instead.

"I had no reason to doubt this information," she said.

On this point, Gong gave a slightly different version of events, stating that Womack had "suggested running as an appointed incumbent."

"I said the only way she could do that was running for a two-year seat. She opted to do so," Gong said.

While one seat is left open on the LOCSD, the candidates who ultimately win the two seats on the ballot will take office once the election results are certified, Gong said. According to unofficial results available as of press time, incumbent Chuck Cesena and newcomer Matthew Fourcroy are the top two vote getters.

Stephen Best, a LOCSD candidate who trails in third place by less than 70 votes, lamented the loss of a "fair" election.

"This ... changed the equation for the voters," Best said. "How can one seat be taken off the ballot item and moved to an illegitimate ballot item for the sole benefit of one candidate? How can we call that a free and fair election?" Δ