After clashing with members of the public and some of his employees, South SLO County Sanitation District administrator Gerhardt Hubner announced he is leaving his post.

According to a written statement released by the sanitation district, Hubner will leave his position effective Aug. 3. Until then, Hubner said he would work with an interim administrator to ensure a smooth transition. 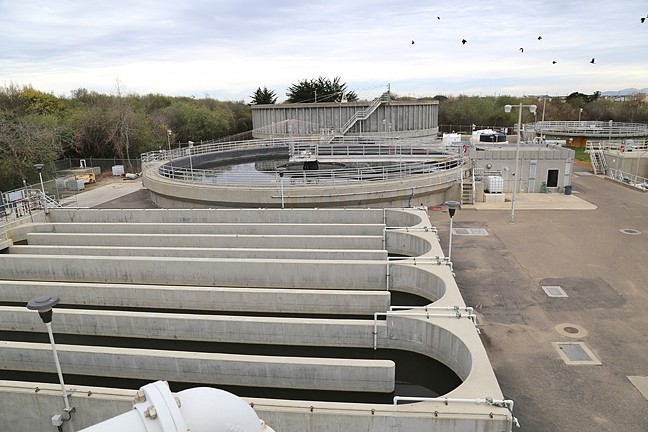 "I am very proud to have accomplished many of the goals and objectives I set out to complete since coming to the district over a year ago," Hubner said in the district's release.

Hubner listed the settlement of a 2010 lawsuit brought against the district by the state's Regional Water Quality Board and a memorandum of understanding with the city of Pismo Beach to conduct an environmental impact review for a regional groundwater sustainability project among those accomplishments. But his tenure was marred by bitter disputes over his management decisions, coming mostly from a group of South County residents who regularly appeared at the district's board of directors meetings and called for his ouster.

Price and others raised a number of concerns about Hubner decisions and management style, including criticizing his decision to place wastewater treatment plant Superintendent John Clemons and Secretary Amy Simpson on paid administrative leave in March.

On July 31, Clemons declined to give New Times comment about Hubner's resignation, but said he hadn't been asked to return to the district yet.

"I don't expect anything to change in terms of our position," Clemons said.

The criticism against Hubner wasn't limited to his management, and occasionally became personal. During a May meeting, Los Osos resident Jeff Edwards called him "illiterate" and a "white supremacist" during public comment. In a June interview with the New Times, Hubner said calls for his ouster were orchestrated by a small group of individuals and that he believed they were causing "unnecessary drama" within the district.

Under the terms of his departure, Hubner will receive three months of severance pay: a total of $37,500 based on his base monthly pay. In exchange, Hubner waives his right to bring legal claims against the sanitation district.

The package was a sore spot for Price. She believes that Hubner should not be allowed to leave with the severance pay. She placed the blame for the decision on the sanitation district's board.

"I'm disappointed they didn't fire him with cause," she said. "I'm not confident with the board at all."

The acrimony and arguments leading up to Hubner's exit weren't mentioned in the sanitation district's announcement.

"The district appreciates Mr. Hubner's time, energy and insights as the District's first full time administrator and wishes him well in his future pursuits," board chairman John Shoals said in the district's July 28 statement. Δ