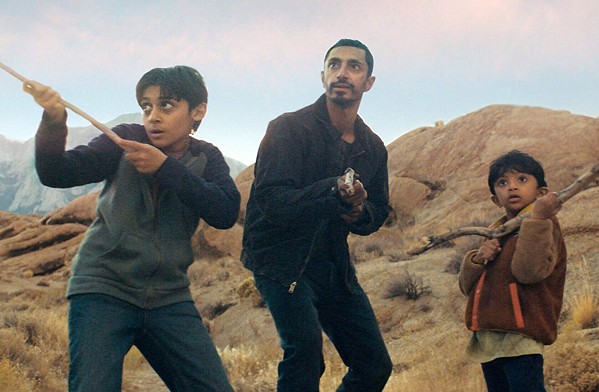 Michael Pearce directs this paranoia-driven sci-fi adventure about former U.S. Marine Malik Khan (Riz Ahmed), who believes an alien invasion is in progress via meteors arriving on Earth carrying parasitic insects that infect and control humans from within. He embarks on a rescue mission to save his two sons—Jay (Lucian-River Chauhan) and Bobby (Aditya Geddada)—from his ex-wife, Piya (Janina Gavankar), and her new partner, Dylan (Misha Collins), who may already be infected.

Along the way, they must evade the authorities and infected humans, some of whom are members of a radical militia group. But there may be more to the story than Malik is willing to admit, as he's also being pursued by his parole officer, Hattie Hayes (Octavia Spencer), and very determined FBI Agent Shepard West (Rory Cochrane), who has his own theories about Malik's motives.

This isn't your typical sci-fi thriller, and it goes to unexpected places. It's also very well acted, especially by the two boys, who turn in compelling performances. It had its world premiere at the Telluride Film Festival and played the festival circuit until it got a limited theatrical release in December 2021, and now it's available with your Amazon Prime subscription. Well worth a look! (108 min.) Δ