RRM Design Group Inc. alleges that the Paso Robles Unified School District refuses to pay the firm for services it performed for the district three years ago.

A complaint filed on Jan. 27 against the school district alleges that Paso Unified ignored the architecture and engineering firm's invoice of $46,658.02 for work it performed in 2017. 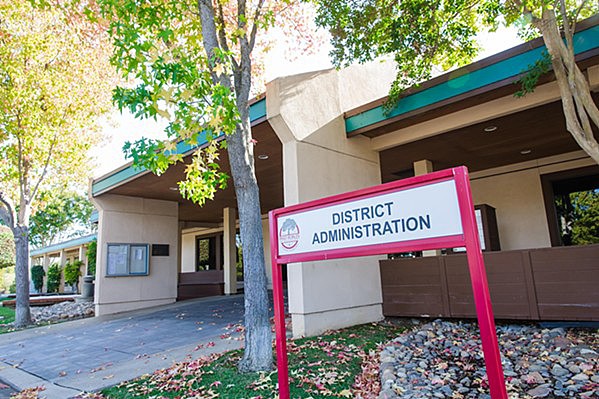 In September 2017, the complaint states, RRM and the school district entered into a professional service contract where the firm agreed to perform topographical survey work for the district as outlined in a proposal and scope of work document dated Aug. 25, 2017, and revised Sept. 6, 2017—for a sum not to exceed $69,915.

According to the school district's Sept. 26, 2017, meeting minutes, district staff solicited three aerial survey proposals for projects under Measure M—a $95 million general obligation bond that was passed in the Nov. 8, 2016, election to upgrade some of the educational facilities within the district.

The first phase of the project is set to include upgrades to the current Arts Academy at Bauer Speck—which would create two sites: the Marie Bauer Early Educational Center and the Glen Speck Arts Academy—and the construction of the Paso Robles Aquatic Complex at Paso Robles High School.

One of the three survey proposals was done by RRM and had the "lowest responsive and responsible aerial topographical survey proposal," according to the meeting agenda.

The board approved the surveys and a contract with RRM Design at the Sept. 26, 2017, meeting.

The complaint states that the firm did the survey work per the terms of the contract and invoiced the district for the services it provided.

Despite the fact that the firm performed all of the work required of it under the survey contract, the complaint states, Paso Unified failed to pay $46,658.02 of the amount invoiced to it by the firm.

On Oct. 30, 2019, RRM's counsel wrote to the school district and demanded immediate payment of the past-due invoices, the complaint alleges.

According to the complaint, on Nov. 25, 2019, the firm filed a pre-litigation claim with the district for the amounts owed under the survey contract plus interest.

The complaint alleges that the district did not respond to the pre-litigation claim.

According to the pre-litigation claim form, in September 2019 the school district advised RRM Design Group that it was dissatisfied with the firm's services and was not going to pay the amount owed.

Brad Pawlowski, Paso Unified's chief business officer, told New Times via email, "The district does not agree with the allegations made in the complaint."

"We are, however, working through our legal counsel to hopefully find a resolution to this matter," the email stated. Δ