Richard Thompson is a songwriter's songwriter. With a career spanning 5 1/2 decades, it's nigh impossible to pick his best songs. The founder of Fairport Convention, Thompson went on to a solo career before forming a duo with his then wife Linda Thompson. Their 1982 album Shoot Out the Lights is surely their masterpiece, yielding songs such as the title track and "Wall of Death." 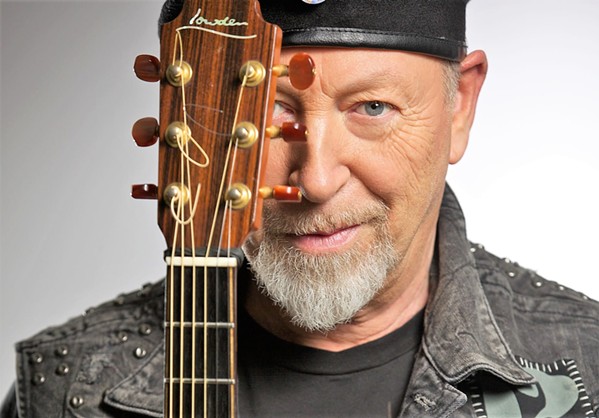 After their marriage and duo dissolved, Thompson revived his solo career and wrote stellar tracks like "Dad's Gonna Kill Me," off his 2007 album Sweet Warrior, which is about a war in Baghdad. Then there's "I Feel So Good" off of Rumor and Sigh (1991), and its cheerfully dark lyric "I feel so good, I'm going to break somebody's heart tonight." That album also featured audience favorite "1952 Vincent Black Lightening."

On Hand of Kindness (1983), his first solo album after his breakup with his wife, he penned "Tear-Stained Letter," an ironically exuberant zydeco rocker. Then there's "Turing of the Tide" on Amnesia (1988), and its driving rockabilly groove.

With a catalog so deep, who knows what he'll have in store when he plays solo acoustic at the Fremont Theater on Sunday, Feb. 27 (8 p.m.; all ages; $46 plus fees presale at eventbrite.com). A recent set list included "Genesis Hall," a Fairport Convention song; "If I Could Live My Life Again"; and "Beeswing" during the encore—20 songs in total. Presented by (((folkYEAH!))), this should be a terrific night from a 72-year-old whose songwriting is just as sharp, emotive, and surprising as ever.

Talk about a winning combination! Kranso is a two-time Grammy-winning guitarist and producer known for his work with Soulive, Lettuce, and the Tedeschi Trucks Band—a multi-instrumentalist and straight-up soul man. Little (née Aaron Earl Livingston) is a Philly born and bred preacher's son and R&B master. Two powerhouse musicians backed by the sweet sounds of The Assembly? Oh, hell yes.

Also, this week at SLO Brew Rock, join the SLO Vibes Trio for some bebop, blues, and Latin jazz favorites outside on Saturday, Feb. 24 (2 to 5 p.m.; all ages; free).

Guitar-o-rama and the Cal Poly blitz

If you want a taste of guitar music from around the globe, check out International Guitar Night presented by Cal Poly Arts in the Harold Miossi Hall of the Performing Arts Center on Tuesday, March 1 (7:30 p.m.; $19.44 to $44 at calpolyarts.org). It brings together four of the world's most interesting and innovative acoustic guitarists for an evening of solos, duets, and quartets. 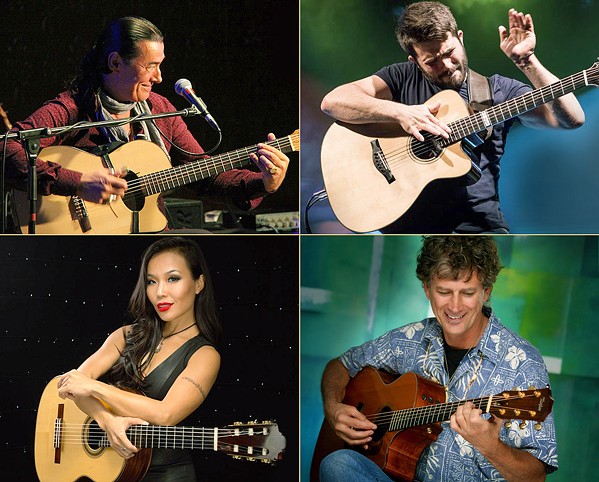 Then there's progressive award-winning classical guitarist Thu Le (Vietnam), the youngest-ever student admitted to the prestigious National Conservatory of Music in Hanoi, who began playing at the age of 4 under the guidance of her father.

Slack Key master Jim "Kimo" West (Hawaii) creates music inspired by the beautiful Hawaiian landscapes of Hana and Maui and the sounds of the islands. He's garnered millions of streams on Spotify and Pandora.

Also from Cal Poly Arts, see A Tribute to Aretha Franklin—Queen of Soul, featuring Damien Sneed, in the Harold Miossi Hall of the Performing Arts Center on Wednesday, March 2 (7:30 p.m.; $39.50 to $69.50 at calpolyarts.org). Sneed will accompany vocalist Valerie Simpson, a six-time Grammy nominee, on fresh renditions of Aretha's most cherished hits, including "Respect," "Knew You Were Waiting," "Bridge Over Troubled Water," "Precious Memories," "Think," "Until You Come Back To Me," "Daydreaming," "Freeway," "Natural Woman," and more. 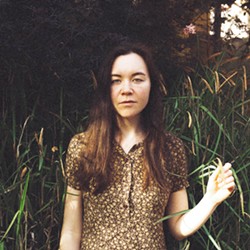 A Satellite of Love hosts Portland rock act Maita on Friday, Feb. 25 (7 p.m.). The Kill Rock Stars recording artist recently released her new album, I Just Want To Be Wild For You. "The new collection finds songwriter Maria Maita-Keppeler digging into that crippling oxymoron of modern communication—constant bombardment paired with utter disconnection," according to press materials.

On Sunday, Feb. 27, the Basin Street Regulars host The Robert Alberts Quintet with opening act Righetti High School Jazz Combo, in the Pismo Beach Vets Hall (1 p.m.; all ages; $10; and streaming on Facebook and YouTube; visit pismojazz.com for details). Alberts is a fantastic horn player who's gathered an outstanding lineup of local musicians including vocalist Dawn Lambeth. Expect a wide range of popular and jazz standards.

The Siren hosts In the End—The Premiere Linkin Park Experience on Thursday, March 3 (doors at 7 p.m.; 21-and-older; $15 plus fees presale or $13 at the door). The tribute band is made up of music industry veterans. Δ