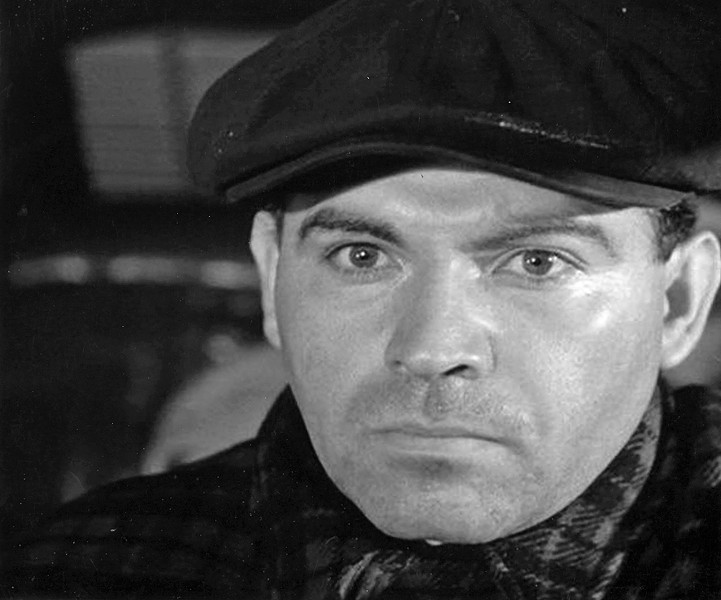 Photo Courtesy Of Nehemiah Persoff And Horizon Picture CONTENDER One of Nehemiah Persoff's early Hollywood roles was as a mobbed-up cab driver in On the Waterfront in the scene between Marlon Brando and Rod Steiger.

You can find longtime character actor and Cambria resident Nehemiah Persoff's book, The Many Faces of Nehemiah, on Amazon.

Few actors can boast of a five-decade-plus career in Hollywood, but Cambria's Nehemiah Persoff can.

Now 102 years old, the actor has added author to his list of accomplishments by penning The Many Faces of Nehemiah, which chronicles his childhood in Jerusalem, immigration to the U.S., his days working in New York's subways, his training under Stella Adler and others, his membership in The Actors Studio, his path to Broadway and later Hollywood, and his eventual retirement from acting, when he moved to Cambria and became a painter. 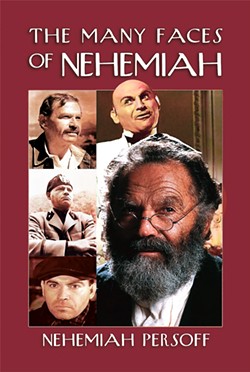 He's played such a wide variety of characters. Did he have a favorite?

"Every show I do is a favorite while I'm doing it, and if some are well-received by the public like Some Like It Hot or For Whom the Bell Tolls, those become my favorite, but actually, when I'm doing a show I like them all," Persoff said in a recent phone interview.

Persoff was also known for his ability with dialects. Did that come naturally or did it take coaching?

"It came naturally to me because I was born in Jerusalem, and there were so many various dialects spoken and people from different countries. I became aware of that, and when I came to the United States there were more dialects to study. It was sort of a hobby of mine, and through acting I found an opportunity to use it."

Persoff started off in theater and later did film, TV work, and even live TV work. Did he have a preference?

"I preferred movies because there was more money involved and they didn't rush you so much," he admitted. "In TV, it was always a hassle because the filming schedule was so brief compared to movies. If you did a page or so a day with movies, it was considered good."

Early on, Persoff rubbed shoulders with so many now-famous people—Shelley Winters, Cloris Leachman, James Whitmore, Martin Balsam, Stella Adler, Elia Kazan, Marlon Brando—at a time when their careers were young. Did he have any idea at the time who would "make it"?

"No. No. We all joined The Actors Studio at the same time. That was 1947. I looked around at all the people, and some of the older ones like Brando, Montgomery Cliff, and others, were already somewhat successful, but the ones in my group—the beginners like Julie Harris, Maureen Stapleton, Martin Balsam—we were all in the same boat. We didn't know who was going to make it or not. Julie was the first to jump out. Julie Harris and Steve Hill, they did a play and they both succeeded. It came sort of slowly, but we all somehow got there. We were very lucky to be in The Studio because that opened doors for us."

In his book, Persoff writes a lot about acting classes and exercises, The Actors Studio, method acting, and techniques such as "emotional memory." How does he define his own acting style or method? 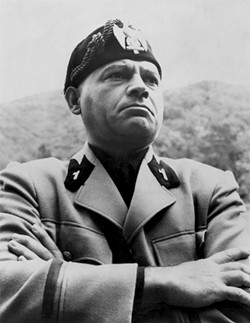 "Ten people sitting in a method class will listen to the same teacher and see the same acting on the stage, and each actor will come out with the something he thinks best fits him. You can't say that acting is such and such. Acting depends on the actor. Each actor chooses his own style. I chose what I thought was good for me, and others, like Jimmy Whitmore, he had his way of understanding it, and Steve Hill and others had their way of understanding it."

Persoff, rather than using memory to trigger an emotional response, was more interested in listening to the other actors in a scene and reacting in the moment.

"Instinctively, I felt the truth on the stage depended on the actors communicating with each other. Others, like Stanislavski, said if you have a moment you don't know how to reach, you have to look into your past and find an experience that would bring you to that kind of feeling. I disagreed. If an actor is thinking of something in the past, he's not actually relating to the people onstage; he's not in the moment."

He trained during a time when acting was becoming more naturalistic, and there were a lot of competing theories on how to approach it. He notes, for instance, that his co-star in the stage production of Galileo, Charles Laughton, didn't think very highly of method acting.

Persoff also has a great anecdote about John Wayne in regards to over-emotion. What does he think of Hollywood today?

"To tell the honest truth, I don't watch TV so much, and I certainly don't go to the movies because I'm chair-bound, but I think the acting style, the acting we learned then was 50 or 60 years ago, and obviously it's changed. The same teachers aren't around. Strasberg's not around. Kazan's not around. I imagine the acting has changed. There are more explosions and more film effects. Today, movies do not depend on an actor so much as they did in the old days when the actor carried the movie. Today it depends on boom-boom here and explosions there, seven airplanes fall down, 50 airplanes explode, 100 airplanes, bigger, bigger, bigger! The bigger the explosion the better."

The Many Faces of Nehemiah is an absorbing and quick read that's impossible to put down, but in it, Persoff bares his soul in some surprisingly candid moments.

"Since I became an actor, I couldn't understand the kind of adulation people have for actors and people onscreen, and it occurred to me that I wanted people to understand that acting's not a bowl of cherries, that there's a lot of anxiety, and even I didn't realize the pressure I was under until my acting career ended and I moved to Cambria. It was like a great weight was lifted off my shoulders, and I apologized to my family because I finally realized the affect my career had had on our quality of life."

His career also profoundly affected a legion of fans whose own lives were expanded by Persoff's artistry in so many memorable roles. Δ