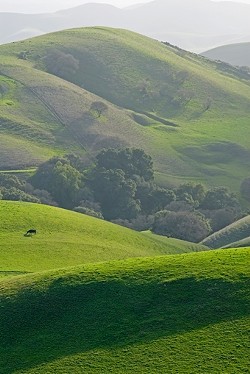 Local wedding planners, DJs, photographers, caterers, and many small-scale farmers say they can’t afford a proposed events ordinance backed and even put together by environmental groups.

The ordinance, which would nearly eliminate non-agriculture-related events on agricultural land (but not wineries), is set to be considered by the SLO County Planning Commission July 30.

Opponents have taken to the streets, protesting at SLO’s Farmers Market, claiming the process has been hijacked. Green-leaning Planning Commissioner Sarah Christie, however, said the blame should go elsewhere.

“The planning commission did not create this,” she said. “We did not ask for this; we were directed to do this by the former board of supervisors.”

Commissioners are set to look at a new draft, but it’s one both sides acknowledge was put together by the Ag Tourism Coalition, an ad-hoc group backed by the Sierra Club, ECOSLO, and North County Watch.

The ordinance will not affect wineries, because the county has a special winery events ordinance. It also may not affect permanent structures on agricultural land if there is a history of events at the site.
And it will probably not prevent landowners from holding educational events, those that are related to agriculture such as a harvest festival, or such family events as a wedding, on agricultural land.

The current draft, however, does ban commercial, non-agricultural events with more than 50 people that are held on agricultural land. And it would require landowners to get a permit for holding events. Such details as the cost of a permit and the number of people a permit will allow are still being worked out, but one estimate puts the cost of a permit for an event with up to 300 people at less than $100 a year. A permit for up to 3,000 people could cost considerably more.

Backers of the ordinance point to the rural tourism industry that has popped up in the Paso Robles area, particularly Adelaide, where there is little supporting infrastructure.

On weekends, single-lane roads are crowded with cars, neighbors hear noise from weddings, and there are concerns about how much water is being pulled from the water table, unchecked. Many of the events happen without permits.

Still, some small-business owners say there are some very real concerns with the proposed ordinance.

Joy Barlogio has a small farm west of Paso Robles, and is a member of Ag Adventures, a group that promotes agricultural tourism locally, primarily for education. She represents several small family farms, which she said are increasingly rare in the area.

“I want to see this ordinance go through,” Barlogio said, “but I want to see it have a little teeth to protect small farmers. I think it’s really important that the ordinance is tied to onsite production agriculture.”

Barlogio represents a middle ground in the debate. She likes the ordinance, but said it’s too restrictive, particularly the part about a 50-person threshold and the notion that only agricultural events should happen on agricultural land.

“In a nutshell, we believe that allowing farmers and ranchers to have events on ag land is an important tool for us,” Barlogio said. “Increasingly, small farms are having to diversify to stay afloat. Being able to sell an experience as well as a product is very important. That’s basically what ag tourism is: a you-pick stand, a farm stay, getting to see farm animals. Those things are experiences, not necessarily products.”

Having a wedding on a farm, she said, is just another experience. Barlogio’s point is that if a farm is in full production and not just an events center based on ag land, why shouldn’t farmers be able make a little extra cash?

Anne Wyatt, a three-year veteran of the planning commission, said the process of coming up with an ordinance has been trying for all involved.

“This process has been frustrating and convoluted because A, nobody is clear what the current event ordinances allow so, B, when we are preparing a new ordinance, we don’t have a clear baseline to compare it to.”

Beau Kramer is a local DJ and president of Central Coast Wedding Professionals. Kramer estimated that at least 20 percent of the weddings he DJs are on ag land, and 95 percent of those events have more than 50 people.

There were landowners who had problems with neighbors having big parties, Kramer conceded.

For Kramer, it’s black and white: The county does need an agricultural events ordinance, but the one that’s being proposed is too strong. And for small companies, he said, losing 20 percent of business will translate to layoffs. He feels excluded from the process.

The Ag Tourism Coalition is run by Elizabeth Rolph and Kim Pasciuto with the backing of the Sierra Club, ECOSLO, and North County Watch. Rolph and Pasciuto each have agricultural and agriculture marketing backgrounds.

The commission unanimously asked the Ag Tourism Coalition to reformat a draft of the ordinance written by county staff. Wyatt said the commission has received several letters from people opposed to that decision, but she said commissioners felt the paid county staff members weren’t doing their job.

Planner Karen Nall defended the staff’s work. The planning staff released yet another version of the proposed ordinance on July 21, but it may not end concerns. It includes extensive revisions and is in some ways more restrictive than the version assembled by the Ag Tourism Coalition.

Pasciuto, in an interview, sounded slightly perturbed at the suggestion that the process had been hijacked by environmentalists. But she was not surprised.

“We did not write it,” Pasciuto said of the draft. “All we did was organize it. The planning department wrote it, but it was unreadable.”

Pasciuto said the number-one goal is to protect farmers, by protecting farmland.

“These ag tourism proposals are designed to benefit agriculturalists,” she said. “Under the proposal, you can have events, but it has to be secondary to the agriculture.”