Festival Mozaic runs from July 17 to 29 in venues across SLO County. The pilot episode of Now Hear This, Scott Yoo's new TV show that takes him on musical journeys around the world, will screen at the Palm Theatre in SLO on July 9 at 7:30 p.m. Tickets are $15 per person. For more information about all festival performances and tickets, visit festivalmozaic.com.

At least 180 days of the year, Scott Yoo will not be home if you go knocking on the conductor's door in Columbia, Missouri. 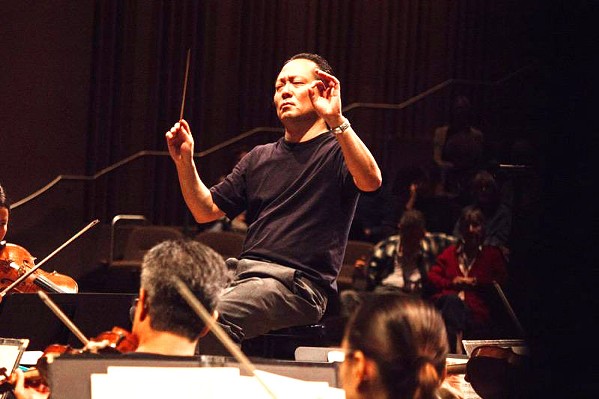 He may be in Mexico, where he serves as the artistic director and chief conductor for the Mexico City Philharmonic, or he could be abroad in Europe, shooting episodes for his new music and travel show, Now Hear This. But every July, Yoo is in San Luis Obispo as music director for the local Festival Mozaic, which brings more than a week of classical music performances and workshops to the Central Coast.

For having a conductor who spends so much of his life crossing borders, at a time when the current U.S. presidential administration is spending a lot of energy focused on determining who gets to come here and when, it seems only fitting that the theme of this year's Festival Mozaic is Music Without Borders. Many of Yoo's friends in Mexico City are expats, just like him.

"It made me think that perhaps there's something in explaining the works of composers who were expats at the time of writing," Yoo said. "How does being an expat influence what you write?"

Yoo found that a composer's host country could have a great influence on his or her work, or not. While works by someone like Mozart didn't shift much in spite of the country that he was living in, others, like the German composer Bruch who lived in England, produced a noticeably different sound.

"I can definitely hear some of the U.K. in his music," Yoo said. "People are influenced by their surroundings, and I think geography is an influence that's oft overlooked."

Since 2016, when Yoo shifted his life to live in Mexico City for part of the year, he's noticed a difference in how he leads his orchestra.

"It's made me better," Yoo said. "My Spanish isn't that great. It's forced me to communicate using my hands. You turn the handicap into a strength." 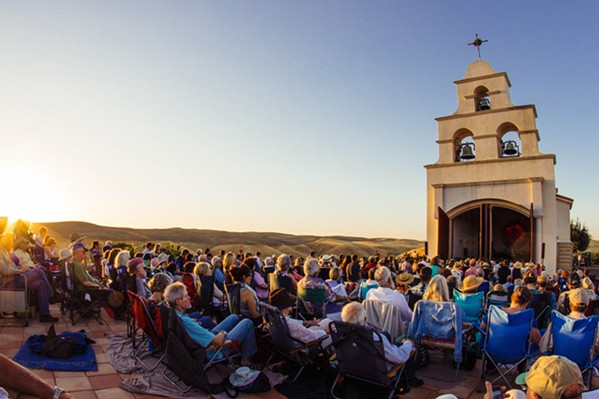 While Yoo spends much of his life immersed in music and travel, he knows not everyone is as lucky. So he's partnered with PBS to host Now Hear This, a show that takes viewers to the countries of great composers to tell their stories. The first episode will focus on Vivaldi and take audiences to places like Venice, Tuscany, and Siena. Yoo said that the team behind Now Hear This is trying to do for music what the late Anthony Bourdain did for food.

While the show won't air on PBS until October 2019, the pilot episode will show at the Palm Theatre on July 9 as part of Festival Mozaic. Yoo said he and his team will also be producing segments for radio and content for an online class to go along with the show.

Regardless of what side of whichever border you stand on, Yoo said there's a sort of universality that binds all music and the people who play it.

"Ultimately all orchestras are the same," Yoo said. "There's a saying that there are no bad orchestras, only bad conductors. I kind of agree with that." Δ

Arts Editor Ryah Cooley is turning up the music at rcooley@newtimesslo.com.