Some concerts are already sold out, so visit festivalmozaic.org soon to buy your tickets to this year's Festival Mozaic, which features concerts throughout the county from July 24 to 31.

Festival Mozaic Executive Director Lloyd Tanner is ready for his trial by fire. Hired after the 2019 festival, the seasoned arts administrator thought that 2020 would be his local debut as the man large and in charge after stints with the LA Opera, Washington National Opera, and Atlanta Symphony, among others. But the pandemic put the kibosh on his moment to shine.

"I'm still the new guy here," Tanner admitted. "Last year was supposed to be my first festival, and it kind of went sideways. It feels like I've been here a long time, but I still feel like the new person, so I'm looking forward to meeting longtime patrons and people who have been coming to the festival for decades." 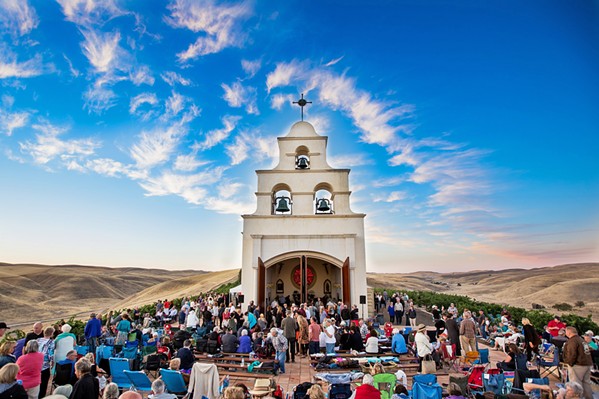 In some cases, people have been coming for five decades! Festival Mozaic was conceived in May of 1970, when three Cal Poly music professors—Clifton Swanson, Ronald Ratcliffe, and John Russell—came up with the idea of a music festival, which in 1971 started as the San Luis Obispo Mozart Festival.

The event has changed somewhat over the years, but last year was the first time it had to be canceled. Its patrons are clearly hungry for its return. Still three weeks away, several of its concerts have already sold out.

"The reaction we've gotten thus far has been robust and steady," Tanner said. "Everyone we've been talking to is excited about the event, though some, of course, will be hesitant and not ready to come back."

Tanner noted that some venues haven't committed to 100 percent capacity due to health concerns, but every indication is this year's festival is a go.

"It's not the same footprint that the festival would normally have, with a bunch of free concerts up and down the county, so there's a smaller footprint, but we've been here for 50 years, and we wanted to make sure our audience that's hungry and excited to return—that we'd be there for them," Tanner said.

"One thing that makes Festival Mozaic unique is it's embraced by the entire county, from Shandon to Nipomo. We're excited to be welcoming them back to experience great music and musicians, and to usher back in whatever the new normal is," he added. "I think people have missed the ritual of getting ready to go out, going to dinner, meeting friends in the lobby—that's a side of it I think people are really looking forward to, as well as really good art." 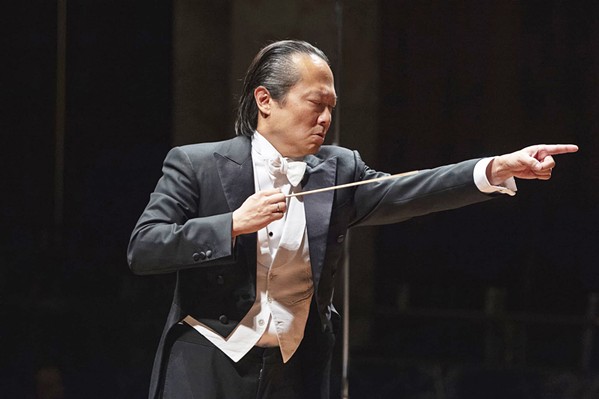 The man in charge of the "really good art" is Music Director Scott Yoo, who's also chief conductor and artistic director of the Mexico City Philharmonic and host and executive producer of the all-new PBS miniseries Now Hear This, the first series about classical music on American prime time TV in 50 years.

How excited is he to appear before a live audience?

"Oh my goodness am I," he said. "It's such a relief to make music with people and play music for people who are there. I don't know how else to put it. It's like a cleansing feeling."

The part of the music director job that everyone sees is when Yoo, baton in hand, is leading an orchestra through its paces, but he says that's "a very small part" of his job, which includes selecting the music, choosing the musicians, deciding what they'll play and when they'll play it, right down to organizing rehearsal schedules.

"It's very complicated," Yoo said, "especially when you have 50 musicians."

Festival Mozaic is now 50 years old. Has it, over the years, changed from its inception?

"Well, let me answer this way," Yoo said. "The festival started as the Mozart Festival, but the festival never only played Mozart. It offered pieces by Shostakovich or Stravinsky, and that's still true today. The big difference in the last 30 years until now is it's much more focused on chamber music and less on orchestral music. We still play three big orchestral concerts, but there are a lot more opportunities for chamber music."

Between this festival, his work with the Mexico City Philharmonic, and his new PBS show, Yoo seems pretty busy. How does he keep all these balls in the air?

"It's a lot of work, but thankfully I couldn't work with a better staff than [General Manager] David George and [Executive Director] Lloyd Tanner, who's a world-class arts administrator who puts me to shame every day. I pride myself on being organized, but they always do better. Likewise, I have a wonderful staff in Mexico City, and as for the TV show, writer/producer/director Harry Lynch does all the heavy lifting. He's a real genius. The way he can visualize a show boggles the mind." 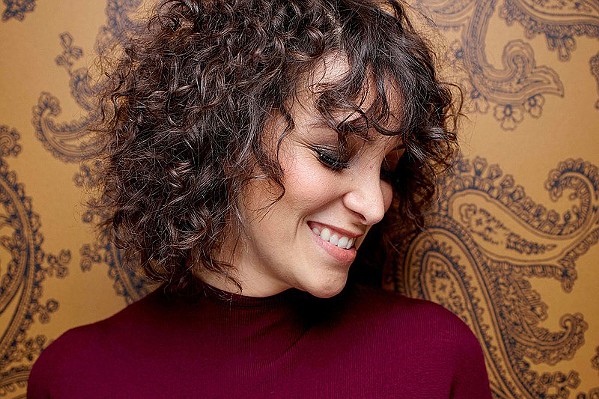 An upcoming episode of Now Hear This will focus on this year's Festival Mozaic, but as Yoo notes, it's not just a TV show about music. It's also a travel show, and it will highlight some of SLO County's beautiful amenities.

"We're really excited to bring a film crew to the Beach & Mendelssohn concert with Amy Beach," Yoo added. "The wineries, the mission, South County, North County, SLO, the beaches—we'll highlight it all."

Unfortunately, this July 26 concert at Tolosa Winery is already sold out, as are other concerts, which means now is a good time to visit festivalmozaic.org, peruse the remaining available concerts, and buy your tickets before it's too late. Δ