SLO County saw a 25 percent reduction in its homeless population this year compared to 2015—and as much as a 60 percent reduction in North County—according to a 2017 Point-in-Time (PIT) count, leaving local experts wondering if homelessness is in fact improving or if the numbers are deceiving. 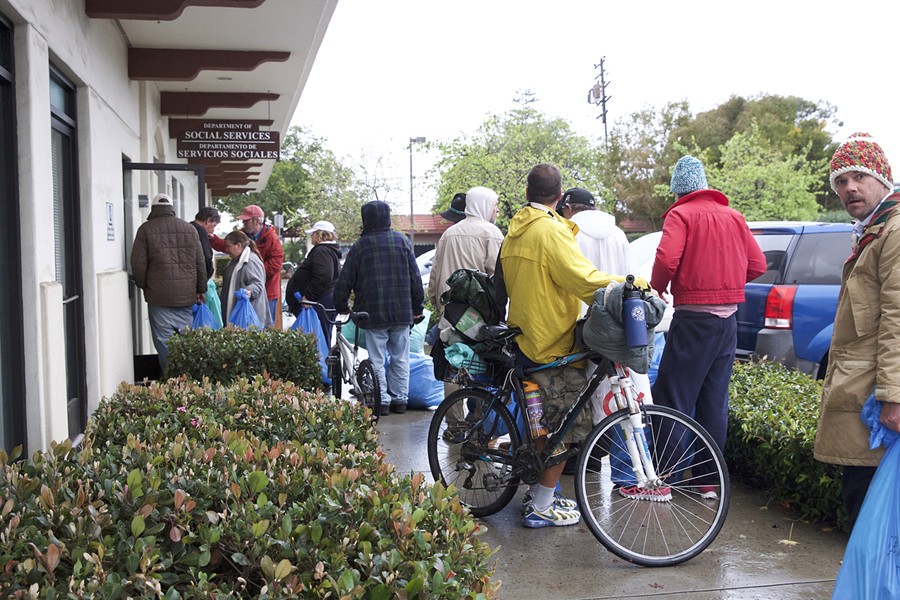 The only region of the county that saw an increase in the number of homeless individuals was South County, where homelessness spiked nearly 40 percent.

County Homeless Services Coordinator Laurel Weir said the totality of the data indeed "suggests a downward trend in the overall numbers of homeless people in SLO"—but she added that the 2017 PIT count has some serious flaws.

The count, which is mandated by federal law to take place every two years over a 24-hour period, occurred during a rainy day in January, which meant some people could have temporarily moved into motels or in with friends and family, according to Weir.

She also said that some of the PIT count "guides"—people who are either currently or formerly homeless who help the PIT volunteers locate the homeless population—resisted disclosing where homeless encampments were located, especially in North County, due to fears that the information would be shared with law enforcement.

Those factors likely influenced the drastic reduction in the count, she said. The full 2017 PIT report is not publicly available yet, but some of the results were shared in a recent presentation to the Homeless Services Oversight Council (HSOC).