Fialta does it again with the new single "Modern Hero"

You know the warm fuzzy feeling you get listening to '70s ABBA songs? You get it again listening to Fialta's awesome new single "Modern Hero," which they released on Sept. 1. 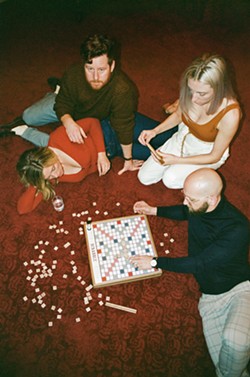 "When we wrote and recorded this song over a year ago, we were in a very different mental space than we are now," Beth Leibovich, lead singer on the track, said. "The lyrics are about discontentment with many aspects of modern life—tech bro culture, Instagram, online dating, the seemingly endless malaise experienced by millennials who are now in their 30s. We're mocking ourselves a bit here. We contrasted the theme of the song musically with a retro, throw-back disco vibe. We're big fans of Scandinavian power pop."

You can definitely hear ABBA's influence.

"The comparison comes up a lot," Michael Leibovich (keyboards, trumpets) said. "We thought, what the hell, let's lean into that. The harmonies, the spoken word bridge, the horns—it's a bit shameless. We had fun."

It totally is fun and will have you dancing in your living room. It's part of an album they'd planned to release in April but put on hold because of COVID-19, "the personal loss of several of the band's family members and a former band-mate; national grief over the deaths of George Floyd, Ahmaud Arbery, Breonna Taylor, and many others; as well as the Black Lives Matter protests in the band's hometown of San Luis Obispo," the band said in a statement, adding, "the timing hasn't felt right to release a lighthearted, summery pop song."

"We've been feeling so sad all summer, which is the reason we've delayed this release," David Provenzano (guitars, vocals) said. "But the songs are done, and we've been told by our fans that they would love a pick-me-up. So it's time. Our hearts are still heavy, but we hope that this song can provide a little escape for anyone who needs it in these last weeks of summer. If it can get even just a few people up off the couch and dancing, it will be worth it."

I dare you not to dance! Hear it on Spotify and other digital music platforms (Apple Music, Amazon, Google Play, etc.). The band plans to release singles throughout the fall in advance of their third full-length album.

Limited seating in The Pines!

Remember live shows? Well, one's coming thanks to a bit of a loophole. Next Saturday, Sept. 12, from 2 to 4 p.m., Mary Anne Anderson will perform a concert of jazz favorites "plus a few surprises," she says, with guitarist Doug MacDonald, bassist Dylan Johnson, and drummer Darrell Voss. Anderson's billing it as "Jazzin' Around in The Pines," an outdoor, socially distanced, neighborhood concert and safe mingle.

Limited to 60 people at a private residence, there's enough space to sit 6 feet apart, and attendees are asked to bring their own seating to set up on a woodchip-covered, slightly sloped area. The "donations-only" concert requires an RSVP, so call (508) 951-7370 or email ccatuna@gmail.com to secure your spot. All donations go to the musicians.

Please note that you must wear masks in traffic areas and when mingling with others and using the toilets. You may bring your own beverages and food but please discard properly. Walking shoes and layers of clothing are recommended in case of temperature changes. Have respect for others and their space. There's absolutely no smoking on the property.

Anderson is a terrific entertainer, and her backing band is made up of the area's top players. She performs regularly on both the Central Coast and Maui, her second home.

"We usually spend summers on Maui, but due to the travel restrictions, we've sheltered in place in Cambria," she explained. "I've kept busy with writing projects—a new book of COVID poetry—but the urge to perform was driving me stir-crazy until I met Cornel Catuna, owner of one of the most beautiful estates in town. I'm thrilled to hire great musicians who have been hard-pressed for work and are now starting to come out to play. We encourage locals and visitors to enjoy soothing music in a lovely setting."

Reserve your spot now before they're gone!

"Saturday Date Night with the Clark Center" continues this Saturday, Sept. 5, from 6 to 7 p.m., with a "Cabaret Country" by Ynana Rose, a video replay of her performance at KCBX's Live Oak on the Radio. It's been shown only once before, and donations received during its transmission will be split between the performer and the Clark Center. 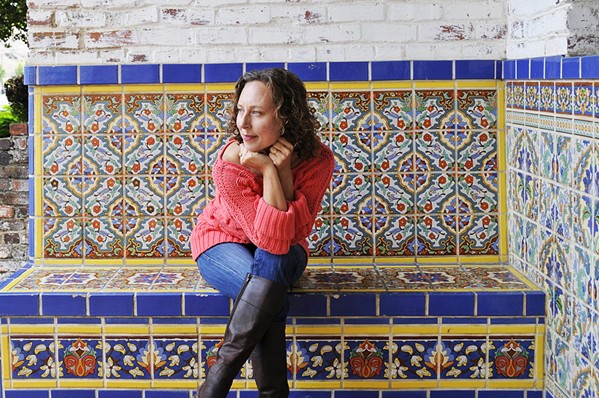 Ynana Rose is an amazing performer with a warm delivery and lovely voice. She's also a talented songwriter with a deep well of material to draw from. Watch and donate at either the Clark Center YouTube channel @clarkcenterperfarts or their Facebook page @ClarkCenter.

A-Town concerts not in the park

The city of Atascadero continues its Saturday in the Park concert series remotely, and this Saturday, Sept. 5, you can check out the Chad Land Band from 6 to 7 p.m. on KPRL 1230AM and from 6 to 7:30 p.m. on the city's Facebook page @atascaderorecreation and its YouTube channel @atascadero.org/YouTube.

Land was born and raised in SLO, son of a country-singer mother who began giving him vocal lessons at age 5.

"In his childhood years, the Salinas River in Templeton was his backyard where he began writing original songs on an acoustic guitar," according to Land's bio. "After years of traveling off and on to perform and developing a strong fan base, Chad moved to Los Angeles to spend time recording.

"He worked in studios such as Sage and Sound, Gauge Studios, and more while performing shows at The Roxy, Viper Room, and many other clubs along the Hollywood strip in his rock band The Axia," his bio continued. "In 2018, Chad opened up a recording studio in his hometown and has been helping other artists record albums along with writing new music that he's currently submitting to television ads, radio, and publishing companies."

Check him out! Δ