The Wellness Kitchen and Resource Center is temporarily closed due to a fire in the building that took place on Oct. 21.

The nonprofit offers specialized meals for those with health issues and health and wellness cooking classes for all ages. It leases a space with a commercial kitchen on the first floor of a medical building on 1255 Las Tablas Road in Templeton. 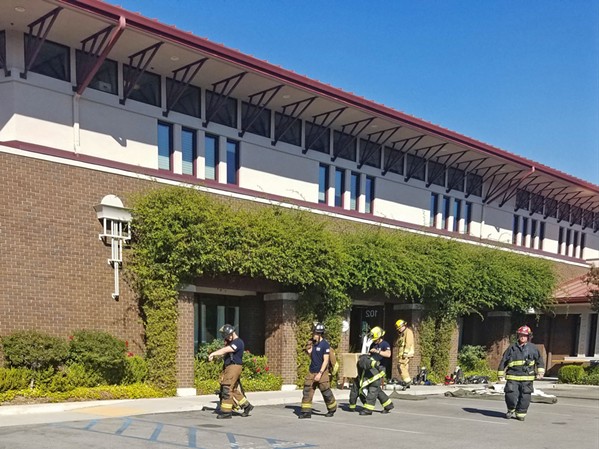 Gina Grieb, the nonprofit's executive director, said she received a call the morning of Oct. 21 about smoke in the building.

"I rushed over there and we just saw water pouring and gushing out of the ceilings and we smelled smoke," Grieb said. "From that day forward, it's been a different world for us."

An electrical fire on the second floor resulted in smoke and water damage in the nonprofit's space. Grieb said the organization is currently compiling a list of items that were lost in the damage that caused The Wellness Kitchen to temporarily close.

"We don't have any ownership of the building; we're just a tenant. So we're not responsible for repair and damage, so we're taking a hit because of loss of service," Grieb said.

The nonprofit provides more than 200 healthy meals and specialized broths weekly for an average of 75 customers. Food is picked up or delivered in San Luis Obispo, North County, and North Coast communities. According to The Wellness Kitchen website, at the end of an average year volunteers will have prepared about 13,000 meals and approximately 7,000 quarts of broth.

That's all come to a brief halt as the nonprofit looks for a temporary commercial kitchen to resume its meal plans and cooking programs.

On Oct. 29, Grieb said she was hoping to find a temporary home by the end of the week and start operating in the next three.

"We've never asked for anything of our community, and we're pretty good at managing ourselves as a nonprofit, working on how we can make a difference. It's very unusual for us to do a big ask but I think this is the time to do it," she said.

One way to support, Grieb said, is to attend the Nov. 29 Holiday Fundraiser: A Top Chef Tribute at Fig at Courtney's House. Paso Robles' J Dusi Winery is also donating to The Wellness Kitchen $1 for every bottle of 2017 rose it sells to and is encouraging other wineries to support the cause.