A lawsuit filed on July 13 against the fire authority, the city of Arroyo Grande, and Lieberman, alleges that Jarrid Boyer was terminated after he discovered that the Fire Authority was in violation of not paying into CalPERS (California Public Employees Retirement System) for reserve firefighters working in excess of 1,000 hours annually. 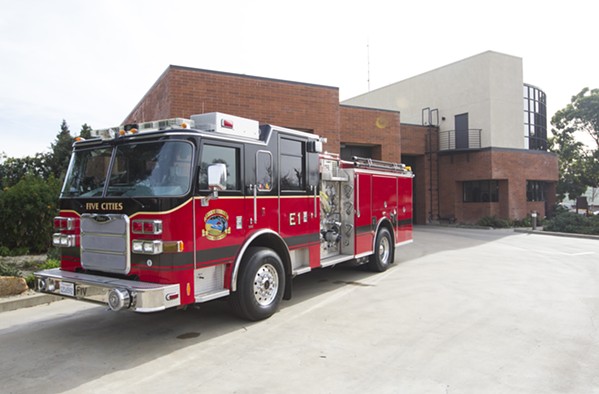 Boyer began working for the Fire Authority in October 2012 as a part-time firefighter but worked full-time hours under California retirement statutes, the lawsuit states.

During an August 2016 meeting with Lieberman and Battalion Chiefs Riki Heath and Randy Steffan, Boyer proposed a solution, according to the lawsuit, to existing staffing issues regarding reserve firefighters. The lawsuit alleges that Lieberman spoke with Boyer in the following weeks, saying that Boyer's suggestion would cause part-time employees to work more than 1,000 hours annually and thus be classified as full-time employees—leading to a potential CalPERS issue. The lawsuit claims that Boyer then told Lieberman that part-time employees were already working more than 1,000 hours.

After contacting CalPERS, Boyer learned that he wasn't the only part-time Five Cities Fire Authority employee who wasn't receiving CalPERs benefits while working in excess of 1,000 hours per year. Public employees working that many hours are entitled to CalPERS under state law.

The lawsuit alleges that when Boyer presented his findings to Lieberman, the fire chief told him that it wasn't Boyer's job to look into the matter.

"Chief Lieberman grew more aggressive and hostile in his demeanor when he told Mr. Boyer to 'focus on his engineer promotional exam' and to 'not ever bring this issue up again,'" the lawsuit states.

Although Boyer was hired as a full-time engineer in March 2017 and was given two positive performance evaluations in November 2017, according to the lawsuit, at the end of that month, Lieberman called Boyer into his office and fired him due to Boyer's "failure to satisfactorily complete his probationary period." Boyer opted to involuntarily resign but was still handed a termination document.

As of Aug. 8, none of the defendants listed on the lawsuit had filed a response in court. In an email, Five Cities Fire Authority's general counsel, David Hale, told New Times that the lawsuit is a personnel issue.

"As a consequence of the litigation wherein the complaint speaks for itself as to the plaintiff's allegations, we are not able to discuss any of the pending issues of this case until such time as it is resolved," Hale said. Δ