Folk duo Bob and Wendy releases 'When I Needed You,' a new single paying tribute to those struggling to feed their families

Of the pandemic, people like to say, "We're all in this together," but a year in, it's pretty clear this scourge has hit some people and families harder than others. 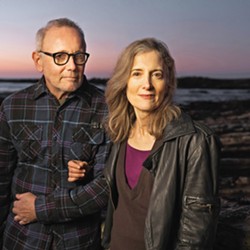 "We're on the verge of releasing 'When I Needed You,' the first single from our eight-song project, produced, engineered, and mixed by Damon Castillo at Laurel Lane Studios," explained husband-and-wife duo Bob and Wendy on their website. "Our plan is to release one single per month. The idea is to give you some quality time with each song."

Eight months from now, the entire album will be available. I got a sneak peak of this first song a couple of days ago, and it's an homage to those struggling to take care of their family during uncertain times.

"This song is dedicated to my stepfather and became relevant during the pandemic as so many people are deprived of their livelihoods and unable to support their families," said Wendy Liepman, the duo's songwriter-in-chief and guitarist, with Bob Liepman on cello.

For this recording, they also enlisted Paul Griffith on drums and percussion, and Castillo on mellotron, and the duo shared music writing credit with Karoline Hausted and Mark Davis, their bandmates from Shadowland, as well as Castillo.

It's got a propulsive melody, and Wendy's elastic voice takes the lyrics in surprising directions.

It begins, "I know you were disappointed/ Crushed that you could not provide/ For your family how you wanted/ I know that it hurt your pride."

The main conceit of the song is that despite struggling financially, the protagonist has taken care of his family in other ways.

"Don't you catch yourself believing/ Thoughts of how you let us down/ It was something worth achieving/ When I needed you, you were around."

Like most of Wendy's songs, the lyrics have a cinematic feel.

The song is a beautiful tribute to a man who perhaps felt like a failure but was a huge success in the ways that really counted.

"All your plans and propositions/ They did not amount to much/ Do you know you made a difference/ In the lives of those you love."

"When I Needed You" made its way to a variety of platforms this week, including Spotify, Amazon, Pandora, and Deezer. Check it out ... and one month to go until song number two! "'24 Brand-New Hours' is one giant, joyous reset button," the band said. "We all have permission to leave behind yesterday's suffering, take some risks, and step into the sun. We are full of potential. This song is a celebration of the present moment."

With its harmony vocals, walking bassline, and upbeat lyrics, it's pure elation.

"24 brand-new hours/ It's our day/ 24 brand-new reasons/ Why we're not the same" it starts, later bringing in images of seasons. "Now even when summer is shining/ It can feel like winter inside us/ I know because my tree has been bare for so long// I've got 24 brand-new hours/ And I know the Amazon is getting thin/ Emerson gave me permission/ To go out on a whim// An hourglass is fragile/ And I know today is an opportunity."

The single comes out this Friday, March 19, and there's a pre-save link: proximaparada.ffm.to/24brand-newhours.

"By pre-saving, '24 Brand-New Hours' will be waiting for you in your saved library, and it also helps continue our growth on Spotify and Apple Music," the band said.

Kaya plays folk, Americana, and classic rock at Dark Nectar Coffee Saloon (2940 Main St., Morro Bay) this Friday, March 19, from 2 to 5 p.m. She'll be on the patio, and food, beer, wine, soft drinks, and snacks are available for purchase.

"We continue our monthly residency with our favorite local power folk duo as they focus their attention to CASA SLO," said organizers at SLO Brew Rock. "This local nonprofit transforms the lives of abused, abandoned, and neglected children by providing them with a dedicated, trained, and supervised volunteer, known as a Court Appointed Special Advocate, or CASA. This CASA volunteer serves a child one-on-one, primarily spending social time with the child and helping to assure the child's needs are met." 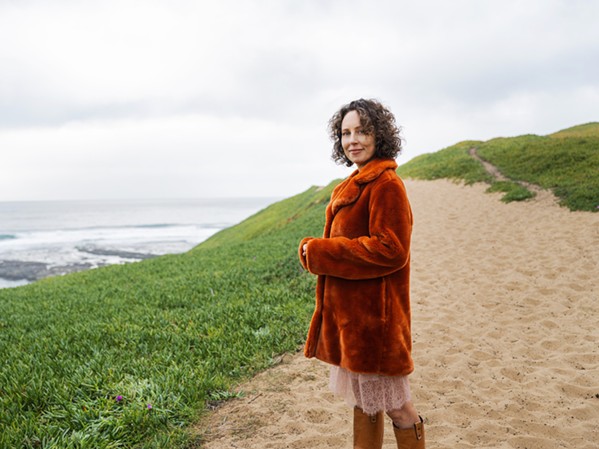 Tom Corbett joins Steve Key on Saturday, March 20, at Sculpterra Winery from 12:30 to 3:30 p.m. Corbett (mandolin and guitar) is a singer-songwriter who's toured and recorded with folks like John McEuen (Nitty Gritty Dirt Band), and Robin and Linda Williams from A Prairie Home Companion. Special guest Ynana Rose will swap songs too.

Hayley & The Crushers will be playing an acoustic version of their song "Kiss Me So I Can" from their Vintage Millennial album on multi-band online show this Sunday, March 21, 2 to 4 p.m. Info can be found on facebook.com/events/414643393157927.

The local—usually touring—punk trio also has a new limited edition clear 7-inch vinyl coming out that same day featuring their song "Church of Flag," with Hayley's version on one side and bassist Reid Cain's version on the other. Highly collectible!

Local guitar guru and '60s and '70s music legend Merrell Fankhauser is having quite a year. After his song "Lila" ended up in the award-winning film The Chicago 7, he just found out he won the 2021 American Music Legend Award from the Top 100 Registry "in recognition of [his] outstanding efforts and achievements in the field of music."

"I got a surprise recently when the mailman handed me the Gold Top 100 Registry Award for 2021!" Merrell said. "I had songs on the Billboard Hot 100 Chart in 1968 and 1971. Soon they're publishing the Top 100 special yearly magazine with bios on all the honorees. After all these years it's a very nice honor. Amid the pandemic, something good is still happening for me. The Chicago 7 has received two Golden Globes for Best Screenplay and The Critic's Choice Award for Best Acting Ensemble. Now I'm Looking forward to the Academy Awards." Δ