Ford v Ferrari is an engaging story of determination 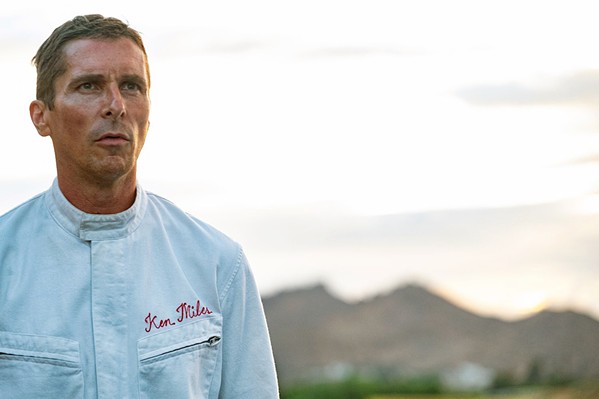 Glen What an amazing story! Even if you're not a motorhead, you'll find this tale of determination wholly engaging, mainly due to the larger-than-life characters and their complicated relationships. Shelby and Miles definitely have a love/hate relationship, perhaps because they were competitors. In fact, the film opens with a reminder that Shelby—up to that point—was the only American to ever win at Le Mans in 1959, which is why after a failed attempt by Ford to buy the cash-strapped Ferrari company, Henry II orders Lee Iacocca to encourage Shelby to take on the challenge of designing a car for the famed 24-hour race—money is no object! Iacocca likes Shelby, but he's caught between loyalty to his boss, the bombastic and insecure Henry II, and wanting to give Shelby the freedom he needs to win. Ford, Iacocca, and another Ford executive, Leo Beebe (the film's real villain played perfectly by Josh Lucas) are empty suits that know nothing about winning, and none of them are fans of Miles, who's something of a loose canon, but Shelby knows they'll need a driver like Miles to win. The interpersonal dynamics make for great drama. The film's heart and soul are Miles' relationships with his wife, Mollie (Caitriona Balfe), and his young son, Peter (Noah Jupe). The casting is spot on, and the performances are all amazing. Maybe you saw the scene from the trailer with Ford II and Shelby test driving the Le Mans car? Letts is simply fantastic as Ford, a man desperate to get out of his famous father's shadows. All this and the inherently dramatic story of trying to beat the unbeatable cars designed by Ferrari! It's quite a ride!

Anna This film is so much fun while also being an endearing tale of relationships and those inside of them. Miles is a hothead, determined and exacting and wholly not interested in putting up with other people's crap. When his car fails to meet cargo space requirements, he quickly starts a fight with the inspector then takes a hammer to his trunk to "fix" the problem. Always watching is Peter, whose hero worship of his father couldn't be more evident. He tags along to every race and is Miles' greatest supporter even when Miles himself feels like giving up on his dream. Like you said—they got the relationship dynamics spot on in this film. Both Bale and Damon are powerhouse actors in their own right, but the combo is nothing short of awesome. They fight like brothers but clearly hold a ton of respect and reverence for each other. Shelby can't race anymore—his heart won't take it, and Miles can't pay bills with trophies. They both hate that they need each other, but they do. I knew nothing about this story going into the film, and it's safe to say I was missing out on an amazing piece of history! This is triumphant and heartbreaking, sentimental without treacle, and just a great slice of American pie.

Glen American pride is certainly part of what's driving Shelby and Ford—they're both tired of Ferrari dominating racing. Miles is a British transplant to the U.S., so he's in it for personal glory and the thrill of the race. I don't know enough about the history to know where it was embellished for dramatic purposes, and I'm not sure I want to know. This is such pure filmmaking, just good old-fashioned Hollywood studio system storytelling, where it's plot and character driven; the truth be damned. The race sequences are exciting as hell. You really get a feel for what a grueling feat it is to race for 24-hours, even as part of a team. As much as it's a story of Shelby, I think it's mostly Miles' story. He's the one we get to see interacting with his family, and he's the one taking all the risk, putting his life on the line to win. This film clearly shows how racing is a sport—these drivers need to be fit, have endurance, and be incredibly focused. They're operating a machine that can break, overheat, or fall apart, so the drivers have to know when to push it, when to lay back, when to gamble and risk it all. As an examination of the sport, this depicts that balancing act. I don't think watching it made me into a race fan, but Ford v Ferrari reminded me of why I'm a movie fan. 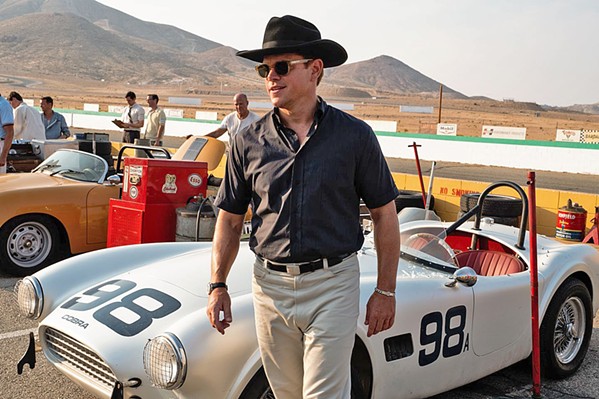 Anna Those race sequences are amazing! My palms were sweaty, and my heart was thumping—it was just truly a film you don't want to take your eyes off of. Hit the bathroom before you go into the theater—it's 2 1/2 hours long, and you won't want to miss any of it! Beyond the characters of Shelby and Miles, the supporting cast was also fantastic. I wanted to punch Leo Beebe so many times; he's truly a great villain here. Miles isn't "brand friendly" to Ford, who makes cars for the good old American Joe, not wild card British mechanics with a temper. Ford II is powerful and impatient, always chasing the grandiosity of his namesake. Mollie and Peter are supportive but cautious—Miles' chosen work skates on the brink of life and death, and unseen variables may determine his fate despite his skill. This movie is intense while funny, sweet yet also sad. Like you said, this is what filmmaking is supposed to be, and Ford v Ferrari hit it out of the park for me. Make sure you see this one on the big screen; it's beautifully shot and directed. Δ