Co-writer and director Richard Linklater (Slacker, Dazed and Confused, Waking Life, School of Rock, Boyhood) adapts Maria Semple's novel to the big screen. Cate Blanchett stars as Bernadette Fox, who after years concentrating on being a good mother decides to reconnect with her creative passions, leading to an adventure that reinvents her life. (130 min.) 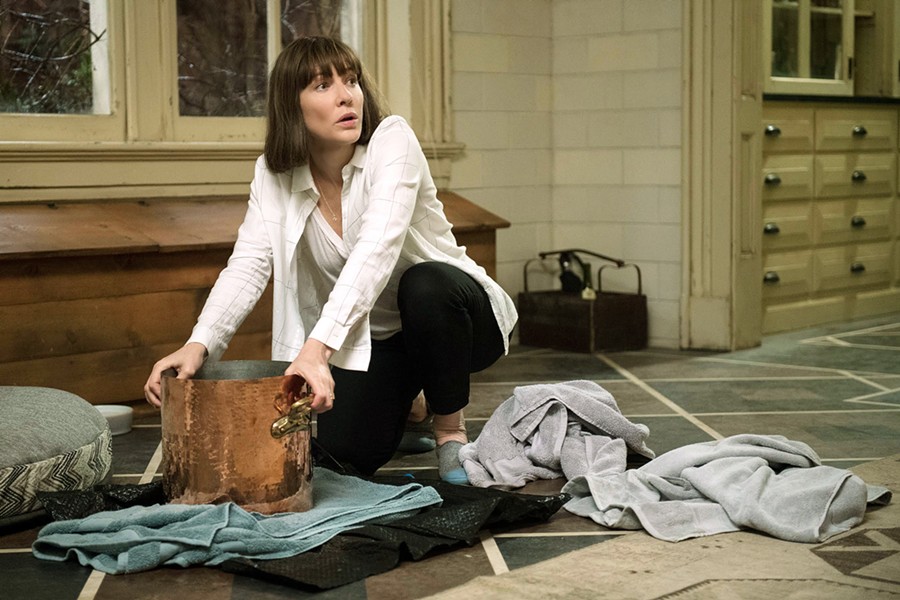 Caleb There's really only one thing stopping me from calling Where'd You Go, Bernadette perfectly mediocre, and that's Cate Blanchett's nuanced performance as an introverted, deteriorating artist on the brink of newfound inspiration. "Retired" architect Bernadette Fox (Blanchett) is just as icy, if not more so, than the settings she inhabits, whether it's the rainy streets of Seattle or the snowy terrain of Antarctica where her 15-year-old daughter, Bee (Emma Nelson), proposes as a summer vacation destination for the family. Bee is one of the only people Bernadette can warm up to, along with her personal assistant from afar, Manjula (with whom she only communicates by email, but ironically opens up the most to in the process), and a few close friends, including fellow architect Paul Jellinek (Laurence Fishburne). Bernadette's relationship with her husband, Elgin (Billy Crudup), however, is in a constant flux, but never to the overly exaggerated point I think the film wants us to believe. And that's where things get awkward. I haven't even finished my popcorn yet and Elgin is already calling a therapist to help initiate an intervention with Bernadette and encourage her to willingly admit to a psychiatric institution. Well ... that escalated quickly. I hope the book the film is based on does a much better job of getting us to that point because it felt way too rushed and unbelievable here.

Karen I completely agree; the film felt rushed and stagnant at the same time. Let me backtrack for a second. Bernadette used to be a rising architect in Los Angeles, who could solve any design puzzle that landed in her lap. No project was too big or too small. When her husband got a gig with Microsoft and convinced Bernadette to move to Seattle, she sold her "20 Mile House" (it was made with material within 20 miles of the house). It was purchased by her hostile neighbor who quickly demolished it. She, of course, was torn up because of it and instead of working on creating designs, she decided to retire and become a mother. Four miscarriages later, she had Bee and made her daughter the focus of her life. So, fast forward to the present, and her husband is basically only faulting Bernadette for having a form of depression. Of course, Bernadette lost herself—I mean how can you completely hold it together when you're growing apart from your partner, losing your creative juices, and are experiencing miscarriages? There's that storyline, and I don't know if it's the writing or the actors, but it takes forever to get to that point in the story. It's confusing because I believe the novel was going for borderline satire, and the film is just a borderline mess. Again, I'm not sure if it's the acting or the writing, but the characters are just too melodramatic to me. For example, Bernadette's annoying neighbor, Audrey (Kristen Wiig), who maintains a compost pile, has parents over while the neighborhood kids perform an "African dance," and nags Bernadette about her outdated Victorian-style home. It just doesn't make me laugh or cry, or anything for that matter. I think Where'd You Go, Bernadette was meant to be an emotional family drama with a dash of lighthearted sentiments and a pinch of mystery—but it lacked all of that. 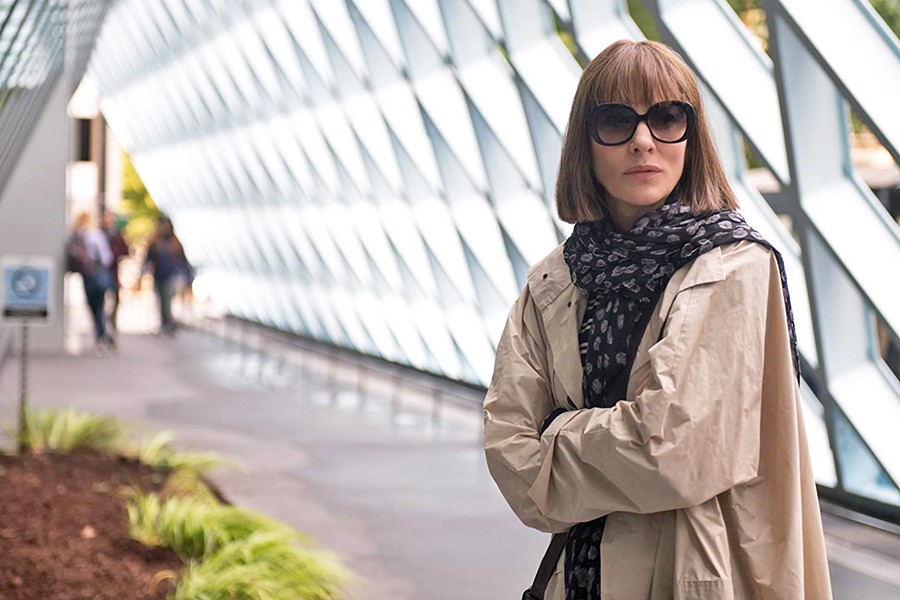 Caleb I actually wish it was a tad messier, to be honest. I would have appreciated more loose ends and quirky characters, even if they weren't necessary to the big picture. Linklater is usually so good at capturing slice-of-life scenes (especially when they aren't plot driven). And I think there were moments where that side of him shines, particularly during Bernadette's exchanges with Bee (that part when it's raining and they're singing in the car is good, admit it!). But even those occasional sparks of genuine humanity can't save the film from its rushed story and all-too-convenient ending. Overall, Where'd You Go, Bernadette seems to be missing a lot more than its title character. Again, I haven't read the book, but apparently it's told completely through emails, memos, and other correspondences. It would have been cool to see Linklater translate that kind of storytelling to film. Part of me appreciates his straightforward approach this time around, but some experimentation (maybe akin to the rotoscope animation technique he mastered with Waking Life and A Scanner Darkly) might have jazzed things up for the better.

Karen I was just flat-out bored waiting for some kind of buildup that would lead to something grand. When the credits rolled, I accidentally said, "That's it?" out loud. If the novel was told through emails and memos, the film would have been more interesting with that. It just felt like your average successful artist who had artist's block and couldn't communicate her feelings, so she ditched her responsibilities to figure herself out. But her lame-o husband put his blinders on and only thought about how her actions were affecting him. It's just an overly played-out story we've seen over and over again with nothing special to add this time around. Δ