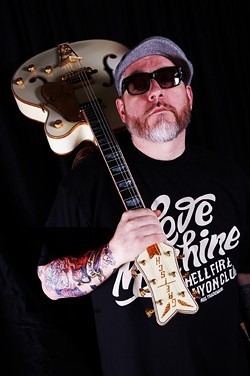 I came late to the Everlast party. Yes, I was aware of the rap act House of Pain and their 1992 hit “Jump Around,” but it wasn’t until Everlast (aka—Whitey Ford; née Erik Francis Schrody) released his second solo album Whitey Ford Sings the Blues (1998) that I became a fan (His first solo album, Forever Everlasting (1990), was made when he was a member of Ice-T’s Rhyme Syndicate Cartel and went unnoticed by just about everybody. It preceded the three House of Pain albums).

Whitey Ford Sings the Blues, a mostly acoustic hip-hop flavored genre-jumping album, was a record that almost didn’t get made. While recording it, Everlast suffered a massive cardiac arrest thanks to a congenital defect. He had heart bypass surgery and an artificial valve implant. Once he recovered, he finished his critically acclaimed album that entered the Top 10, went platinum, and spawned the Top 40 single “What It’s Like.”

Next he appeared on Santana’s 1999 comeback album Supernatural on the track “Put Your Lights On,” which won Best Rock Performance by a Duo or Group with Vocal at the 2000 Grammy Awards.

His subsequent solo albums—Eat at Whitey’s (2000); White Trash Beautiful (2004); Love, War and the Ghost of Whitey Ford (2008); Songs of the Ungrateful Living (2011); and his most recent The Life Acoustic (2013)—haven’t been as commercially successful, but they’re all great records.

I especially like The Life Acoustic, which is sort of a greatest hits album re-recorded acoustically. It contains amazing versions of songs like “Sad Girl,” “Black Jesus,” “Stone in My Hand,” “Today (Watch Me Shine),” “Broken,” and even “Jump Around?” (but with a question mark!?!).

I’m amazed that the former House of Pain front man managed to refashion himself into a credible acoustic troubadour. His deep, rough-around-the-edges voice is richly nuanced, lending a lot of soul to his blues and country songs. I mean, let’s remember he was in a feud with Eminem in 1999 when he added into the lyrics of the Dilated Peoples all-star track “Ears Drums Pop (Remix)” the line “Cock my hammer, spit a comet like Haley/ I buck a .380 on ones that act shady.” What followed was a continuing exchange of songs that attacked the other. Rappers. Whatdya gonna do?

Everlast certainly lays down some crisp lyrics. Here’s the opening of “What It’s Like”: We’ve all seen the man at the liquor store beggin’ for your change/ The hair on his face is dirty, dreadlocked and full of mange/ He ask the man for what he could spare with shame in his eyes/ Get a job you fuckin’ slob’s all he replied// God forbid you ever had to walk a mile in his shoes/ ‘Cause then you really might know what it’s like to sing the blues/ Then you really might know what it’s like.

Also, don’t forget X and The Blasters play their “A Family X-Mas” show at the Brew this Thursday, Dec. 12 (8 p.m.; 21-and-older; $32 presale or $35 at the door). This one may sell out, so if you don’t have tickets yet, get on it. Lead singer and musical maven Exene says, “The Blasters are our brothers, so what better way to spend the holidays than with family? We are going to celebrate loud and proud, hope everyone will join us!”

Also this week at SLO Brew are The Growlers with The Abigails and Mystic Braves on Friday, Dec. 13 (7 p.m.; all ages; $15 presale or &17 at the door). The Growlers’ effects-heavy sound reminds me of late-’60s California rock. The Abigails play a jangly country sound with Johnny Cash style vocals. And Mystic Braves, well, weird psychedelic love children kind of sums them up. Should be a “groovy” night. 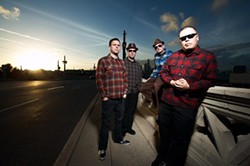 Do you remember the 1996 song “Counting Blue Cars?” You do? Sheesh, you’re old! Yeah, that was Santa Barbara alt-rock band Dishwalla, which is playing SLO for the first time in, like, 10 years on Saturday, Dec. 14 (7:30 p.m.; 21-and-older; $15 presale or $17 at the door). Fun fact! Their name comes from a Hindi term for someone who provides cable TV to a neighborhood. Primitive Radio Gods, who also had a 1996 hit with “Standing Outside a Broken Phone Booth with Money in My Hand,” will open the show.

Awesome ska and “dirty reggae” act The Aggrolites play Wednesday, Dec. 18 (8 p.m.; all ages; $12 presale or $15 at the door) with punk rock opening act Youth Brigade. Oughta be fun for the whole family!

And finally, I feel obligated to warn you about Metalachi, a metal mariachi band, playing next Thursday, Dec. 19 (8 p.m.; all ages; $12 presale or $13 at the door). What mash-up will they think of next? Punk klezmer? Hillbilly jazz? Surf classical? 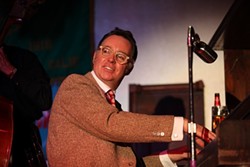 The SLO Jazz County Federation brings you the “piano wizardry” of Carl “Sonny” Leyland at the Unity Concert Hall on Friday, Dec. 13 at 7:30 p.m.

Leyland, a member of the Boogie-Woogie Hall of Fame as well as the host of KCBX’s “Rhythm Retrospective” radio show, shows real affection and reverence for classic piano styles such as boogie-woogie, blues, barrelhouse, and more.

“This is an encore performance for the nationally and internationally applauded Mr. Leyland,” said SLO Jazz Fed board member Mike Botwin. “He dazzled the audience with his virtuosity and originality at the Jazz Federation’s Piano Showcase concert earlier this year.” 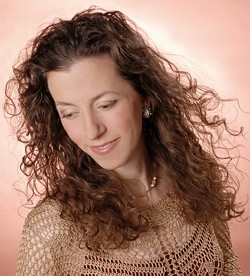 Nobody does Christmas like traditional Celtic act Molly’s Revenge, who will host their annual Winterdance: A Celtic Christmas Celebration this Sunday, Dec. 15 at Los Osos’ St. Benedict’s Episcopal Church at 3 p.m. ($18 presale at brownpapertickets.com or $20 at the door).

“The performance will include Christmas songs both old and new, all played with a Celtic twist, as well as selections from our new album titled Trio,” said group member and Los Osos resident Stuart Mason.

This is a real Irish band, replete with bagpipes, fiddle, whistle, guitar, mandola, and bodhran. They’ve toured throughout the US as well as Australia, China, and Scotland, releasing eleven CDs along the way.

Trio, an all-instrumental collection, was recorded at a remote windswept retreat in the redwoods of the Mendocino coast.

Add in the “warm, supple, expressive, intimate, and instantly recognizable” voice of guest vocalist Christa Burch and some traditional Irish dancing and you’ve got a recipe for an Old World Christmas celebration. 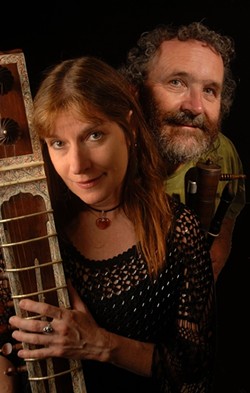 It’s time for the 6th Annual Arroyo Grande Rotary Club Community Christmas & Holiday Sing-Along on Sunday, Dec. 15 at 4 p.m. in the Clark Center. Titled “A Dickens of a Christmas,” it features local performers playing holiday songs you can sing along to, such as “Deck the Halls,” “Jingle Bells,” “Silent Night,” “The First Noel,” “Frosty the Snowman,” and “The Twelve Days of Christmas.” Tickets are only $12 for adults and $6 for children and students (489-9444 or clarkcenter.org).