The Performing Arts Center of San Luis Obispo (PAC) isn't expected to host shows again until at least November or December due to COVID-19, but the theater's private foundation is already putting money into the pockets of struggling local companies so that they're ready when the lights turn back on. 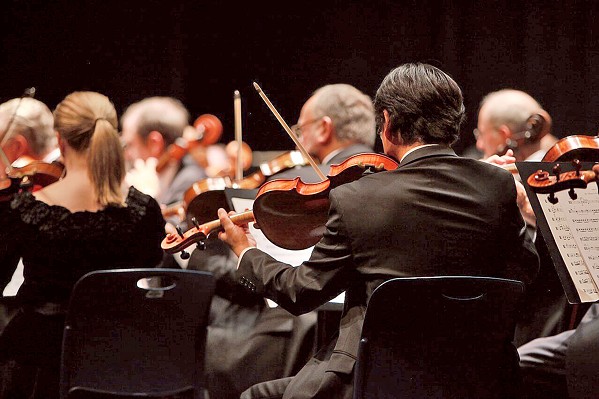 "What we were discovering is when you have a professional hall, the expenses of having a professional crew can be prohibitive," said Leann Standish, executive director of the Foundation for the PAC. "Each year we've been funding The Nutcracker, which is a vital tradition in this community. We typically fund an opera, depending on what they're working on that year."

The grants are sorely needed this year as performing arts organizations are suffering through the COVID-19 shutdown. Standish said the industry lost its peak season thanks to the virus—March through June—and it needs the foundation's and community's support now more than ever to survive.

"That was the height of their season, and probably 40 to 60 percent of their earnings window depending on who they are. It was a heavy hit," she said.

Anna James Miller, executive director of the SLO Symphony, said in a foundation press release that the PAC's grant is "a vital element in our ability to share music with the community."

"We are grateful for their support in this crucial upcoming season, during a time of such uncertainty for our artists and their art forms," Miller said.

While the PAC's doors are closed, Standish noted that the pandemic is revealing just how important the live arts are in our lives. She applauded the SLO Repertory Theatre's The Intermission Show, which was created in the wake of shelter-at-home orders and is streamed on YouTube.

"It's so clever, so fun, and a way to just remind us that this is what brings us together," Standish said.

The Foundation for the PAC's grant announcement is a ray of hope that real-life performances are on the not-so-distant horizon. In the meantime, Standish urged community members to help their favorite performing arts organizations by making a donation.

"It's more important than ever to invest in sustaining that, whether you give to the foundation or directly to these other companies," she said. "It's part of what makes this place so special, and we'll need it when we're allowed to get back together that way.

• The Air Force Research Laboratory is partnering with the Cal Poly Aerospace Engineering Department to grow its mini-satellite research program. The $2.5 million collaboration will bring military equipment and personnel to the university and allow Cal Poly researchers and students to work on enhancing Air Force technology. According to a press release from U.S. Rep. Salud Carbajal's (D-Santa Barbara) office, the funds will support research involving a thermal vacuum chamber, which "allows researchers to test and develop propulsion for CubeSats—allowing for greater control of the satellites for space exploration."

• The city of SLO was recently named the best city for bicycling in the U.S. in annual ratings released by PeopleForBikes, a national nonprofit. SLO received the top honor over more than 550 cities by getting the highest overall scores in five categories: ridership (how many people are riding bikes), safety (how safe it is to ride bikes), network (how easy it is to bike where people want to go), reach (how well the network serves all parts of the city), and acceleration (how fast the city is working to improve biking). Δ