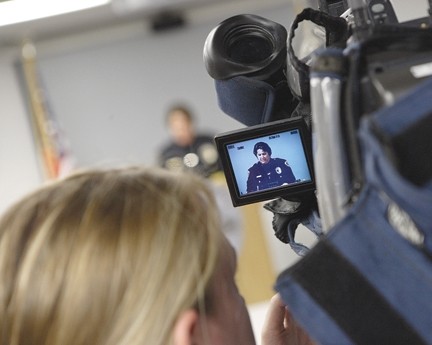 Four Cal Poly students were arrested on May 21 in connection with the death of Carson Starkey, an 18-year-old student who died of alcohol poisoning during a fraternity hazing ritual.

Haithem Ibrahim, a 20-year-old from Lafayette, was charged with a felony for hazing and a misdemeanor for permitting a minor to consume alcohol. Ibrahim was Starkey’s big brother at the fraternity Sigma Alpha Epsilon. He chose alcohol for Starkey to drink during the fraternity’s “brown bag night.” Starkey drank a lethal amount of alcohol that night from the bottles in the bag provided by Ibrahim as well as from a bottle of Everclear, which is 75 percent alcohol.

Ibrahim is underage and did not actually purchase the alcohol for Starkey, according to an investigation by the SLO Police Department. Zacary Ellis, a 22-year-old from SLO, was the fraternity’s pledge educator and coordinator of the event. Ellis was also charged with a felony and a misdemeanor.

If convicted on all charges, the two each face up to a year in county jail and three years in federal prison. Two other SAE members, Russell Taylor, accused of purchasing the alcohol, and Adam Marszal, face two misdemeanors each.

SLO police investigated the case with other agencies for about six months. During the investigation they seized hard drives, cell phones, and cameras.

On the night of the hazing, Starkey and 16 other pledges were led to a garage to drink their alcohol. The room was covered in tarps to protect furniture. A bucket was placed in the middle for pledges to vomit in. They were told to drink all their alcohol in about one and a half hours, according to the investigation.

During the night, Starkey became unresponsive. Fraternity members began to drive him to the hospital, but first removed his SAE pledge pin and pledge book, according to the investigation. On the way Starkey began to vomit, so they drove him back to the house and put him in bed. They checked on him up until about 2 a.m. but he was found unresponsive later that morning. That’s when the pledges were told to leave and a member called 911 and attempted to revive Starkey.

Starkey was pronounced dead at Sierra Vista Regional Medical Center with a blood alcohol content between about .39 and .45 percent.