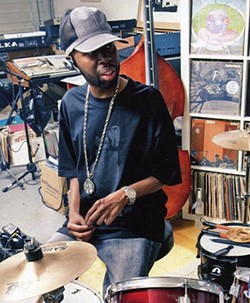 If you’ve listened to hip-hop, you’ve listened to J-Dilla. Sunday, May 11, hip-hop legends pay homage to one of the most influential producers of our time through Welcome to Dillaville, a show featuring The Pharcyde’s Bizarre Ride and Slum Village, which makes its way to San Luis Obispo. Twenty-one years after Bizarre Ride II was released, the Delicious Vinyl Crew is back to welcome you aboard.

“For those people who don’t know: Acclimate yourself to the music and the history of the genre,” Tre Hardson, or Slim Kid3, states matter-of-factly.

“Dilla touched hip-hop in countless ways,” J-Dilla—also known as James Dewitt Yancey, his full name—is considered to be one of the music industry’s most influential hip-hop artists. He worked with artists like Common, MF Doom, Jay Electronica, A Tribe Called Quest, Mos Def, Frank n’ Dank, and Busta Rhymes. Tragically, Dilla died young, at age 32, in 2006 from Moshcowitz Syndrome and Lupus. He left behind a legacy that will be forever remembered, and on May 11, the Delicious Vinyl Crew will pay tribute to him. 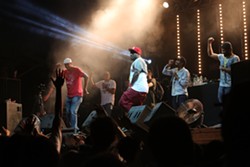 I recently talked with SlimKid3 of The Pharcyde, to get some insight on the band’s journey and where they are now. “It’s really amazing to get out there and see all the new fans you touch, and the old ones that missed you so much,” he said, the rhyme rolling off his tongue instinctively. Since signing with Delicious Vinyl in 1991, the group has toured on and off for more than two decades, going all around the world with the current lineup of FatLip, J-Swift, LHAz, and K-Natural.

“Just the way it bumps is infectious,” SlimKid3 noted. “You can’t do anything but participate, and you never know what we’re going to do next.”

Slum Village was formed in Detroit, Mich., in 1991, by Baatin, T3, and J-Dilla. The group has changed over time, but the current members are T3, Young Rj, and Illa-J, J-Dilla’s younger brother who most recently collaborated with Frank Nitt on Yancey Boys’ Sunset Blvd.

“The music speaks for itself,” Slimkid said. “I can’t even wait to see ’em perform. It’s such an energetic show; be prepared to have fun.” Opening the show will be JP the Diesel, a talented young local with lots of charisma and no shortage of rhymes and lung capacity.

On the topic of the music industry, SlimKid3 has a few things to say to the artists of today: “Feel lucky with all the tools you have at your disposal and stop trying to compete with those around you. Be happy with what you have and who supports you. Give them new music and content in return. Tend your garden.” Regarding being “off the beaten path,” SlimKid3 goes on to say, “areas like yours are the science lab—you can create anything and no one will know unless you show it. Make your music the best it can be and then put it out there. Be honest and true to yourself, because that’s what people want to hear. They don’t want to hear you lie—they want your raw, uncut soul. That’s why they call it dope.”

May 11 at SLO Brew is going to be awesome. The Pharcyde and Slum Village are geared up for an incredible performance that will take us through hip-hop history and into the future. Tickets are $25 and doors open at 8 p.m. Just be ready to … mmmmmmmmmmDROP!!

Henry Bruington can be reached at arm’s length … or his email, hbruington@newtimesslo.com.