From epic to lyric: Robert Thies brings a poet's touch to the piano in two concerts 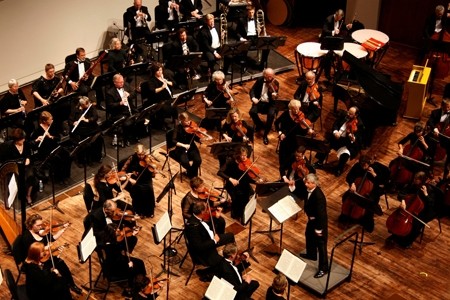 What a rollercoaster the weekend of Feb. 2 was! While the Super Bowl entertained the nation, a great actor passed into tragic memory, and the year’s first rain showers blessed SLO County. Music lovers felt blessed as well. Robert Thies (rhymes with “peace”), a gifted and humble virtuoso, brought an astonishing level of piano artistry to our county this past weekend. He gave two concerts, one with the SLO Symphony Saturday night at the Cohan Center, the other a solo recital at the Cass Winery between Paso Robles and Creston. These performances will not soon be forgotten.

The symphony concert centered on Thies’ masterful ride through one of the most challenging pieces of piano music written in the last 150 years, Rachmaninoff’s Third Piano Concerto. Estimated at containing almost 30,000 notes to be played by the soloist, this 40-minutes-plus late Romantic epic has everything: drama, subtlety, memorable tunes, and a compelling architecture. It’s music for the heart and the mind.

Maestro Michael Nowak programmed the evening wisely, with the Cubist astringencies of Bartok’s Dance Suite as the opener, and the poignant Adagio for Strings by Samuel Barber as the second number. The Barber was offered as a memorial for beloved Symphony member, violinist, and educator Randy Garacci, who passed last December. Both pieces unfolded with a sure sense of the dramatic.

But the Rachmaninoff! If you’re familiar with the famous 1958 Van Cliburn/Kiril Kondrashin RCA recording, you have a sense how Nowak maintained the tempo, but the balance of sound in the Cohan Center favored the bright-sounding Steinway piano more than the recording does. From my seat, I couldn’t see Thies’ hands, but his no-nonsense manner and passionate face revealed a man patiently and lovingly working something elusive yet massive into presence.

Thies was especially strong in the lengthy first movement, which has rapid passages that he never rushed or pounded. Rachmaninoff’s sound world is akin to Brahms’, and that kind of lyricism fully emerged. The Adagio sounded under his hands like a love letter to a lost world that could only be recreated in music.

Rachmaninoff’s elegant love letter prompted the audience to give Thies one of the longest, loudest standing ovations I’ve heard in my years of SLO Symphony concerts. Part of the applause was for the man’s sheer endurance: He had played the whole piece from memory!

The next afternoon, a relaxed and talkative Thies played a solo recital in an intimate room in the Cass Winery. He joked about the massive preparation the Concerto had required, but remained all-business at the baby grand, and displayed the same sensitivity and power we had loved the night before.

I would welcome a CD box set of Chopin or Brahms from this gifted man. As it is, I can feel grateful for having experienced it live—and for the little bit of rain.

James Cushing listens to music with his ears and his nose. He can be reached via Arts Editor Anna Weltner at aweltner@newtimesslo.com.