inclusIVitY – The Ivy Bottini Story will show at Studios on the Park in Paso Robles from Aug. 20 to 24 and again from Aug. 27 to 29. Performances are at 7:30 p.m. and the opening night show on Aug. 20 will include a post-performance reception with Bottini and hors d'oeuvres for $45 per person. Tickets for all other showings will be $15 per person. Visit studiosonthepark.org for tickets and more information.

After 16 years and two children, she finally scrounged up the courage to come out to her husband as a lesbian.

Later in life, that same woman, Ivy Bottini, would co-found the New York chapter of the National Organization for Women and champion LGBTQ rights.

Her story is one that Cal Poly theater professor Alvin Schnupp stumbled onto when his friend and arts manager for the city of West Hollywood, Andrew Campbell, clued him in to Bottini's legacy that still continues today through her efforts in Hollywood, where she now lives. Her story highlighted a spark of creativity in Schnupp, who first wrote co-wrote a play called Ivy with fellow playwright, Ellyn Gersh-Lerner. In a solo effort, Schnupp then created a musical, inclusIVitY – The Ivy Bottini Story, that will debut at Studios on the Park in Paso Robles on Aug. 20.

"I tend to gravitate toward female protagonists," Schnupp said. "My interest was peaked right away. The breadth of her experience fighting for justice and inclusivity, ... I was hooked."

The play features a handful of exclusively female actors, including Lisa Keating as Bottini. The story is told through 17 songs and poems with nearly all of the lyrics and lines rhyming in some fashion. All told, Scnupp spent nearly 20 hours interviewing Bottini, who is now in her early 90s.

Stand out moments, of course, include Bottini's seperation from her husband in the number "Eddie—Goodbye," where Keating sings:

"You've been nothing but kind, showing respect, bearing in mind, not one to neglect, my odd little needs. Not one to correct my misguided deeds."

In spite of describing herself as someone who is always falling in love with different women and someone who once said she wished there was a world just for women, Bottini told Scnupp that Eddie was the most significant relationship of her life. 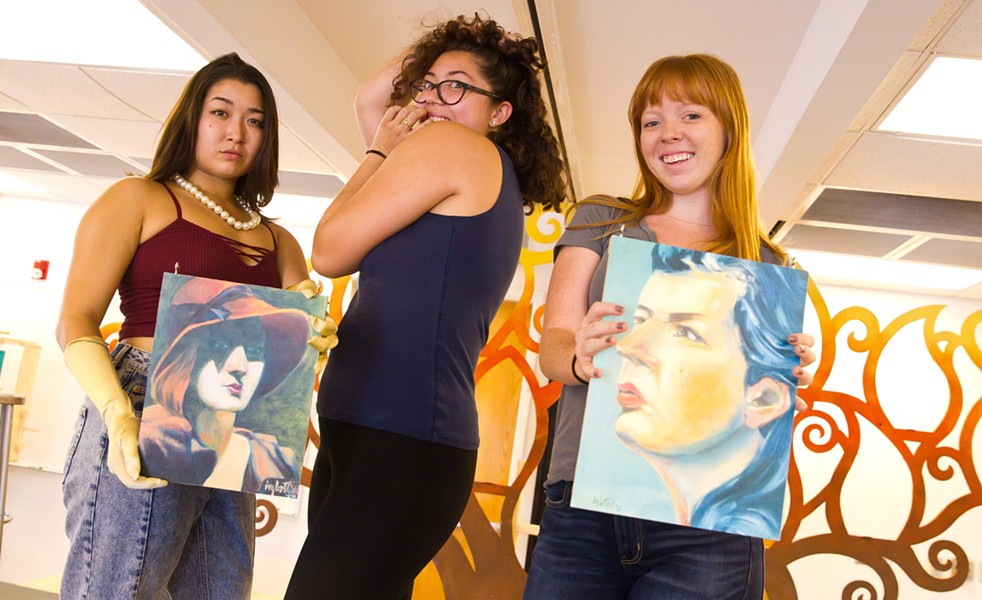 The play also touches on Bottini's triumphs and struggles with the National Organization for Women. After reading Betty Friedan's book, The Feminine Mystique, in 1966 Bottini partnered with the author to form the first chapter of the organization. While Bottini served as president of the New York sect for several years, her being out became a sore spot with Friedan, who didn't see LGBTQ issues as being high up on the feminist priority list. By the end of 1970, Friedan managed to oust lesbians from the chapter all together.

"I think she has great respect for Betty and all the good she did," Schnupp said. "I think she'd also say that Betty is very difficult. I think Ivy always had a larger vision than Betty, but Betty got things done."

Schnupp said he hopes that audiences will be entertained and informed.

"I don't think it's a hit people over the head with social commentary and activism play," Schnupp said. "I hope they see her humor, honesty, and fearlessness." Δ

Send stories that meet at the corner of inclusivity and intersectionality to Arts Editor Ryah Cooley at rcooley@newtimesslo.com.