Gearhart gets a shot at a reduced prison sentence

The former Atascadero "citizen of the year" convicted of defrauding investors out of millions of dollars in a real estate Ponzi scheme will get a chance to reduce his lengthy prison sentence.

A federal court granted an appeal by 56-year-old Kelly Gearhart and ordered a new sentencing hearing for the disgraced real estate developer, who was sentenced to 14 years in prison after he pleaded guilty to two counts of wire fraud and one count of money laundering in May 2014. 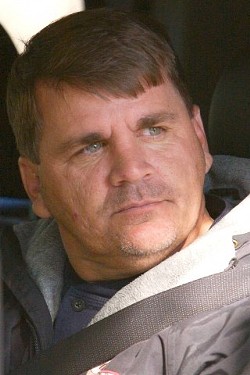 According to an Aug. 25 ruling by California's Ninth District Court of Appeals, federal Judge Otis Wright erred in determining the amount of jail time Gearhart should serve. Otis sentenced Gearhart to 14 years for each of the three counts to run concurrently. However, the maximum sentence for one of those charges, money laundering, is just 10 years.

"The district judge committed procedural error at sentencing when he selected the sentence by gut instinct and then adjusted the offense level to match it," an appellate brief filed by Gearhart's attorney stated.

In addition to the procedural error, Gearhart's attorney argued that Wright's sentence was "unreasonable in light of Gearhart's many positive attributes, his history of success and fair dealing."

The appeals court also ruled that Gearhart be granted another hearing to determine the amount of restitution he needs to pay to his victims, stating that the judge failed to take the necessary time to properly resolve disputes over the still-undisclosed restitution amount and the number of victims.

Gearhart's attorney also asked the appeals court to reassign the resentencing to another judge, claiming that Wright expressed a personal bias against Gearhart past proceedings. The appeals court rejected the request for reassignment.

As of Sept. 6, no resentencing hearing had been scheduled in Gearhart's case, though a status conference is scheduled for Nov. 20. Gearhart remains in custody at the Fort Dix minimum-security federal prison in New Jersey.