A former Grover Beach police officer was found not guilty of felony criminal charges in connection with a 2016 dog attack that killed one person and injured another.

On April 12, after a month-long trial, a SLO County jury found 27-year-old Alex Geiger not guilty on one felony count of manslaughter and two felony counts of failing to maintain control of a dangerous animal causing serious injury or death. The jury began deliberations on the case at 9:23 a.m. and returned with its verdict at 1:40 p.m. the same day, according to court records. 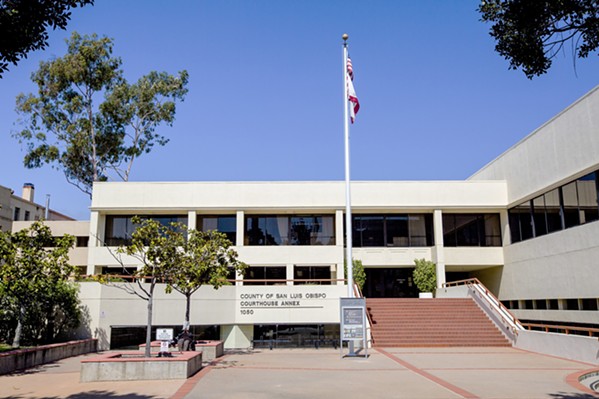 The charges against Geiger stemmed from an incident that occurred in December 2016 outside the home he rented in Grover Beach. Neo, a police-trained Belgian Malinois that Geiger privately owned, escaped from the home's backyard and mauled 85-year-old Betty Long. The dog injured Long and killed her neighbor, David Fear, when Fear attempted to stop the attack. Geiger resigned from the Grover Beach Police Department in February 2017.

Geiger was initially charged with the two counts of failing to maintain a dangerous animal, but the SLO County District Attorney's Office added the manslaughter charge in June 2017. The additional charge drew accusations from Geiger's defense attorney Melina Benninghoff, who characterized the incident as a tragic accident and accused the DA's Office of seeking criminal charges against her client because of political pressure from the families of the victims.

Prior to the trial, Benninghoff attempted to have the prosecution of the case transferred to the California Attorney General's Office or dismissed altogether—citing alleged interference from the DA's Office—but was unsuccessful.

"While disappointed with the result, the District Attorney's Office wishes to thank the jury for their diligent service to our community in hearing the case of People v. Alex Geiger," Dow said. "The facts of this case are tragic for all involved, and the incident has greatly affected the families of the victims Mr. David Fear and Ms. Betty Long."

Testimony during the trial included members of the Grover Beach Police Department, county Animal Services officials, and Geiger himself. While Geiger's criminal trial is officially over, he also faces a civil lawsuit from Long and the Fear family. Proceedings in the lawsuit were halted until the resolution of the criminal case, according to court records. Δ