Most ska fans know the genre was created in the late 1950s in Jamaica when Caribbean mento and calypso musicians became inspired by the American jazz and R&B sounds they could pick up on their radios. But the Western Standard Time Ska Orchestra takes it even further, creating 1940s Big Band-style arrangements of early-1960s ska originators The Skatalites. Think Duke Ellington meets Jamaica. 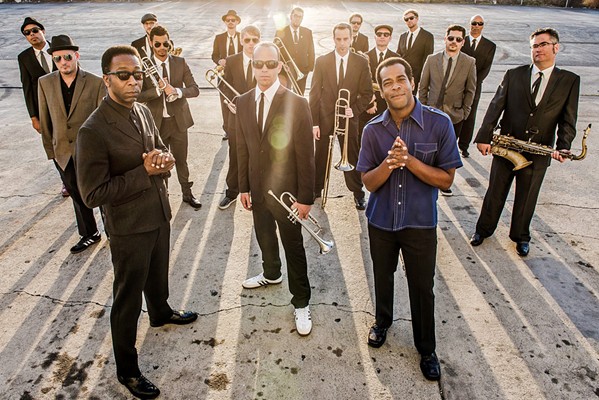 As far as I know, no one else is mashing up these sounds, but I do know members of this group have been awarded and/or nominated for Grammy Awards, performed on Oscar, Grammy, and Emmy television broadcasts, and played with international stars and on major motion picture soundtracks. 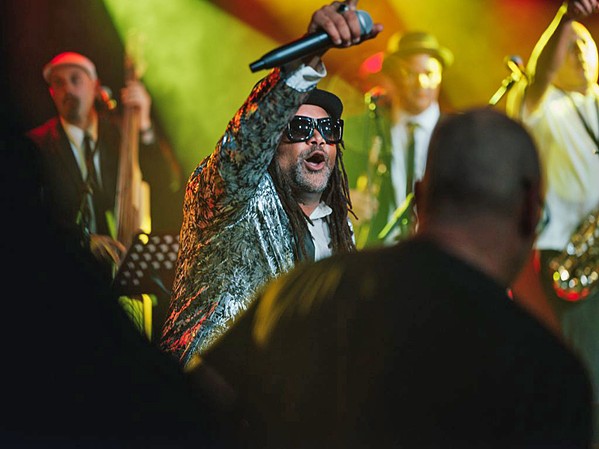 This Saturday, Dec. 18, they play The Siren in Morro Bay (7:30 p.m.; $20 plus fees presale at eventbrite.com or $25 at the door), with opening act Upside Ska, SLO County's own old-school ska band fronted by Eric Cotton.

Cotton's got long ties to the Central Coast, having fronted Rock Steady Posse in the early '90s before moving to the Bay Area, where he fronted The Cheeseballs—a high energy dance band—before returning to live in Morro Bay a few years ago. Upon his return, he teamed up with Zongo All-Stars bandleader and trumpet player Paul Irving to form Upside Ska, which is dedicated to preserving the early ska sounds.

Cotton also recently branched out to some solo work, dropping a remix of his single "Nice," a breezy island- and ska-inflected R&B dance track featuring Bay area reggae artist Rasun. Available on Amazon and streaming platforms, the original song has an infectious hook, and Rasun's semi-rap over the bridge is smooth as hell.

The first time I became aware of The Dead South was when I saw their video for "In Hell I'll Be In Good Company," a song about "a man who murders his cheating wife and is super stoked to go to hell with her," according to the band's cellist Danny Kenyon. The lyrics are decidedly impressionistic. 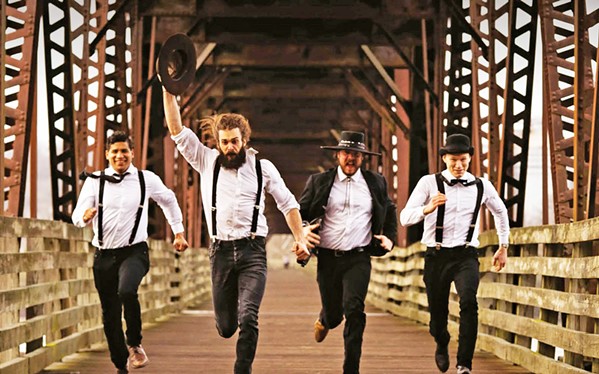 "Dead love couldn't go no further/Proud of and disgusted by her/ Push shove, a little bruised and battered/ Oh Lord I ain't coming home with you/ My life's a bit more colder/Damned wife is what I told her/ Brass knife sinks into my shoulder/ Oh babe don't know what I'm gonna do," the song opens, and then it's murderin' time!

"I see my red head, messed bed, tear shed, queen bee/ My squeeze/ The stage it smells, tells, hell's bells, misspells/ Knocks me on my knees/ It didn't hurt, flirt, blood squirt, stuffed shirt/ Hang me on a tree/ After I count down, three rounds, in hell I'll be in good company."

The video shows the four band members—accompanied by plucked cello and banjo—singing and dancing in various locations. It's simple yet mesmerizing. And it's pretty damn grim.

After allegations of sexual misconduct by a band member, they ran into controversy regarding the lyrical content of an earlier song called "Banjo Odyssey," about cousins engaging in sex, which the band described as "satirical." Who knew a folk/bluegrass band from friendly Regina, Saskatchewan, Canada, could be so dangerous!

They have two Canadian Grammys—Juno Awards—under their belts, and this Friday, Dec. 17, they play the Fremont Theater with opening act The Ghost of Paul Revere (8 p.m.; all ages; $33 plus fees at fremontslo.com).

Also at the Fremont, don't forget indie pop act TV Girl plays Thursday, Dec. 16 (doors at 7 p.m.; $18 plus fees at fremontslo.com). They'll be playing their 2014 album French Exit in its entirety, with an opening acoustic set by Jordana.

Numbskull and Good Medicine present country singer-songwriter Josh Ward at The Siren on Friday, Dec. 17 (8 p.m.; 21-and-older; $25 plus fees presale at eventbrite.com or $30 at the door). Ward, who came to prominence on regional Texas radio stations before blowing up on YouTube and Spotify, operates under the motto, "All grit and no quit." 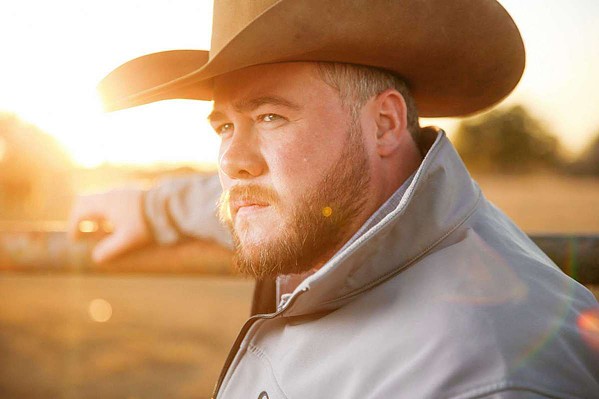 Ward's a real cowboy who drifted through his adolescence, got onto the rodeo circuit, and ended up toiling in the Texas oil fields before finding his voice in music. After nine consecutive No. 1 hit singles in Texas, he began hitting the road, and pre-pandemic, he averaged a whopping 200 shows a year. This humble road warrior says he owes it all to his fans.

"Words can't describe the emotion that gets put into these runs and the work that we do," Ward said in press materials. "And these people pay their hard-earned money to see it every night. Thank you. Every time I step on stage, you guys remind me that I have more than I deserve. I never thought I would be rolling down the road with one of the hottest bands in Texas playing shows across the United States. I'm happy to be here." 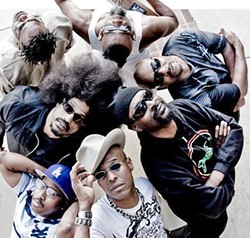 Rock at the Rock

SLO Brew Rock has funk, ska, punk, and metal icons Fishbone playing this Thursday, Dec. 16 (7 p.m.; 18-and-older; $22.50 plus fees at slobrew.com). This seminal band formed in 1979 and is well known for its sharp social criticism and ripping alt-rock sounds.

A Very Grateful Xmas with Rosebud and The Mother Corn Shuckers comes to SLO Brew Rock on Sunday, Dec. 19 (3 p.m.; all ages; free). Rosebud is one of the best Grateful Dead-inspired bands, and the Corn Shuckers play what they call "beergrass"—bluegrass and country sounds with hilarious lyrics.

"We're partnering with the SLO Food Bank to bring you a special free show," said the venue. "Brush off your best Christmas costume and come down to the Rock for a day full of great music, and bring some food to donate!"

This Saturday, Dec. 18, Ras Danny and the Reggae All-Stars bring their authentic Jamaican sounds to the "Bohemian Holiday Boutique" Tribal Diva Trunk and Fashion Show at Broken Earth Winery (1 to 6 p.m.). You'll also see performances by belly dancers. Food and wine will be available for purchase. Ras Danny was a Bob Marley protégé and is a co-founder of the original Bob Marley Birthday Tribute held annually in Trenchtown, Kingston, Jamaica.

The Basin Street Regulars are back in action hosting their first live concert since the start of the pandemic. The Riptide Big Band will perform "hot swinging jazz" live and in person at the Pismo Beach Vets Hall on Sunday, Dec. 19 (1 to 4 p.m.; $10 at the door). A jam starts at 11 a.m. in case you want to bring your instrument to join in. If you're not quite ready to venture out, this concert will also be livestreamed on facebook.com/BasinStreetRegulars and their YouTube channel linked through pismojazz.com. The event includes a meal, and organizers request attendees bring an appetizer or dessert to share, or that you donate an extra $5 to help with the food costs.