Music festival season is upon us, and unlike the last couple of years, this one appears to be a go. One of the first nearby biggies is Lucidity, scheduled for early April at the Live Oak Camp off Highway 154 near Santa Barbara. To get you in the mood, SLO Brew Rock is hosting Regeneration Earth: A Lucidity Pre-Party featuring Tropo, Nok Nok, Evan Hatfield, and Luna Jay on Friday, March 25, at SLO Brew Rock (7 p.m.; 21-and-older; $15 at ticketweb.com). 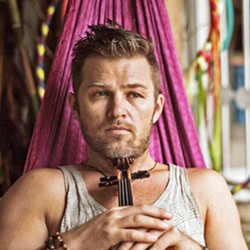 Expect some organically created electronic dance music. Tropo (aka Tyson Leonard), for instance, weaves in live electric violin over his EDM sounds. Both he, Hatfield, and Luna Jay are on the extensive Lucidity lineup, which also includes headliners The Polish Ambassador, The Floozies, and eclectic soul-blues act The California Honeydrops. In all, there're more than 100 acts playing the festival from Friday, April 8, to Sunday, April 10 (details at lucidityfestival.com).

"Nineties music is having quite a comeback as we head into the 25-year anniversaries of the top selling albums of that iconic decade of alternative rock," event organizers note. "Flannel 101 pays tribute to the best grunge, pop-punk, and alt-rock of the '90s including Nirvana, Green Day, Pearl Jam, Sublime, No Doubt, Oasis, Chili Peppers, Alanis Morisette, and all those great one-hit wonders!" 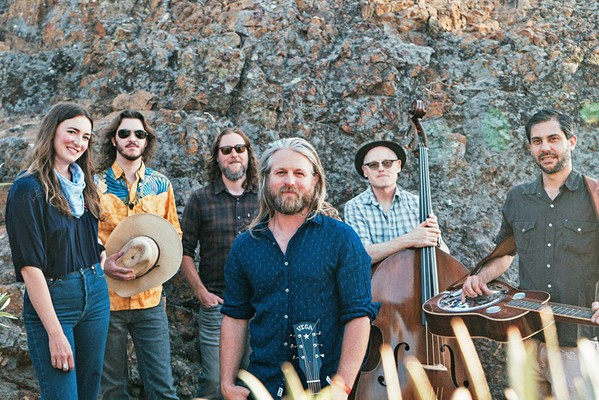 Next up, Santa Cruz indie rockers Wolf Jett plays on Saturday, March 26 (8 p.m.; 21-and-older; free). "Wolf Jett was conceived in mid-2019 with the intent of bringing people together and putting smiles on their faces," their bio explains. "Frontman Chris Jones (Scary Little Friends) was born in the South and raised in California, and his songs combine the best of both worlds to create a vibe that is fresh yet immediately familiar to a broad audience."

The sights and sounds of Mexican dance and music come to the Harold Miossi Hall of the Performing Arts Center on Tuesday, March 29 (7:30 p.m.; $27.20 to $74 at calpolyarts.org), when Ballet Folklórico de México plays under the direction of its legendary founder and choreographer, Amalia Hernández. The ensemble features 60 performers from Mexico City's Palacio de Bellas Artes. 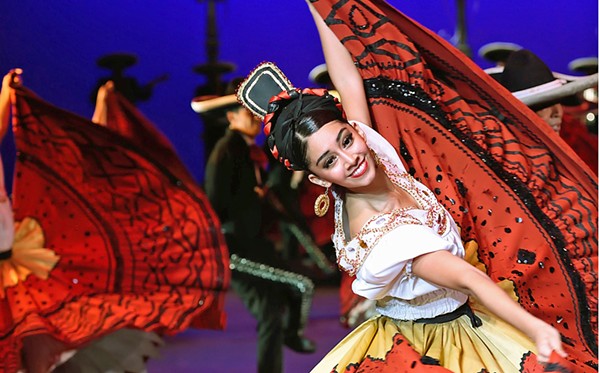 "The company draws upon pre-Hispanic rituals as well as Mexican history and folklore to create an inspiring evening of world music and dance," organizers say. "Driven by the 'tap-like' percussion of the dancers' feet, the swirling patterns of the colorful costumes, and a joyful eruption of music, Ballet Folklórico de México is globally hailed as the original and best Mexican folk dance ensemble."

Joy Polloi will bring its "music for the masses" to the SLO Botanical Gardens this Friday, March 26 (noon to 3:30 p.m.), as part of the Gardens' annual fundraiser. Enjoy live music, an arts and crafts show, vendors, food, and beverages.

Mary Anne Anderson sings the music of composer Bruce Lloyd Kates during Nostalgia in Black and White at Cambria's Harmony Café on Saturday, March 26 (5:30 p.m.; $25 (does not include dinner); $10 minimum food and drink order; call (805) 924-1219 for reservations). Pianist Mark Pietri and violinist Brynn Albanese will accompany Anderson, who says of Kates, "Bruce is the incarnation of Cole Porter wrapped in a classical cloak. This will be an evening of delightful tunes, some sassy, some romantic, with a few instrumental pieces included."

The Clark Center hosts Close to You: The Music of the Carpenters this Saturday, March 26 (7:30 p.m.; all ages; $45 to $50 at clarkcenter.org). "Singer and playwright Lisa Rock has compiled a moving tribute to the music and life of [Karen] Carpenter, and brings it to the stage with her six-piece backing band," according to press materials. "Dedicated to re-creating the true sound of The Carpenters, Rock and her band showcase some of the most memorable songs of the '70s including 'We've Only Just Begun,' 'Rainy Days and Mondays,' and of course 'Close to You.'" Jazz Vespers Concerts returns to SLO's First Presbyterian Church on Sunday, March 27 (4 p.m.; all ages; donations appreciated), with The Gentle Side of The Dave Becker Quartet. Becker (saxophone and flute) will be joined by Marshall Otwell (piano), Dylan Johnson (bass), and Darrell Voss (drums). Vaccination and masks are required.