The pros and cons of getting to campus

It's a new school year for all you bright-eyed Cal Poly SLO and Cuesta Community College students, and whether you are returning for yet another year, or embarking on your college experience for the first time, there's a lot to think about before you sit down to your first class. 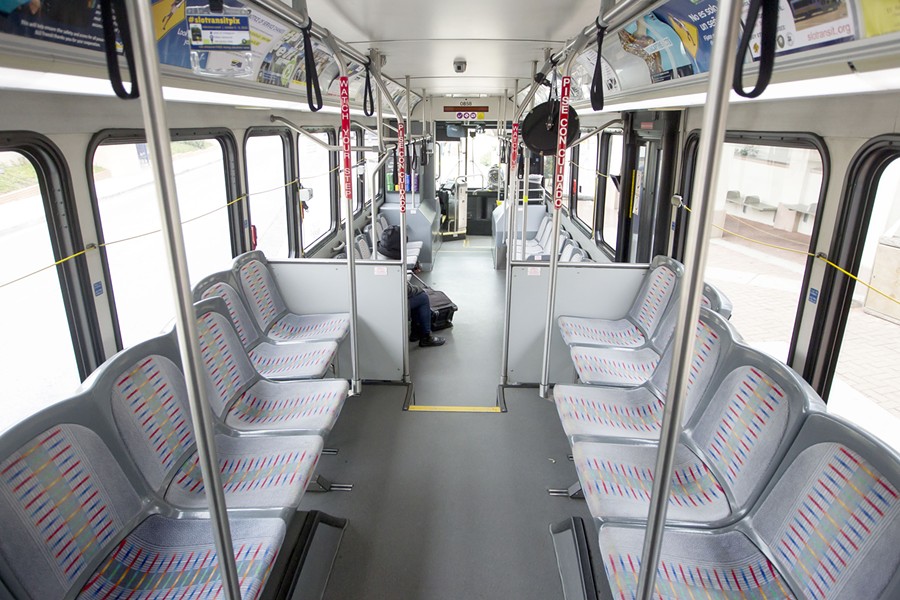 At some point you're going to have to figure out exactly how to get yourself to and from your respective campuses.

Lucky for you, SLO offers a wide array of transportation options. Even luckier for you, New Times has taken it upon itself to lay out the good, bad, and ugly aspect of each so you can make an informed decision and get to your classes on time, thus avoiding flunking out and bringing shame and disgrace upon your family name. You can thank us later.

The first and most obvious option is to drive yourself in your own car. This is California after all; a state that—despite its size and population—is almost pathologically averse to public transportation.

As a student, having your own car gives you the freedom to go where you want, when you want, putting the control of your ability to get to Cal Poly or Cuesta firmly in your hands instead of at the whims of occasionally unreliable buses, expensive rideshare apps, or flaky friends.

But rolling around on your own set of wheels isn't always a cakewalk. For starters, Cal Poly isn't allowing freshman to bring their vehicles on campus, so if this year at the university is your first, you are out of luck. Even if you are able to bring your car onto Cal Poly's campus, it's going to cost you. If you live on campus, an annual parking permit will set you back $600. Non-resident Cal Poly students can purchase temporary permits for as little as $5 for the day or $415 for an annual permit.

Cuesta College's student parking fees are more reasonable: $2 at one of the pay stations will get you a daily pass; a semester pass will set you back $30.

But finding a parking space, especially during peak class hours, is going to be a battle, so try get to campus early or the only thing you will be learning is new colorful swear words to scream as you circle the packed parking lot for the 20th time.

If you don't have a car, you also have the option of jumping headfirst into the "gig economy" and using rideshare apps like Uber and Lyft, but the cost can add up and getting a ride is still based on availability.

Using public transportation will save you the headache and cost of dealing with on-campus parking, and taking another car off the road is slightly more environmentally friendly (Al Gore would be so proud!).

The SLO County Regional Transit Authority operates fixed routes that span from Santa Maria to San Simeon. Bus routes 12 and 14 both run to and from Cuesta's SLO campus. The RTA also offers three routes that stop at Cal Poly. According to the RTA's website, fares vary based on routes but range from $1.50 to $3. Cal Poly students can get 30-day passes, which are subsidized by the university, and Cuesta College students can use any fixed route for free from Aug. 22 through Sept. 1. The cost of the unsubsidized RTA 30-day pass ranges from $44 to $64.

SLO Transit also operates its own bus service within the city, which Cal Poly also subsidizes for its students, making the service free. Unfortunately, the city buses do not have routes to Cuesta's SLO campus.

But relying on pubic transportation means you are at the mercy of bus drivers, fixed scheduling, and the number of fellow riders. Scuttlebutt from students in the area is that during certain periods, midterms and finals especially, the buses can fill up fast, and may not be able to pick you up. One student said they made sure to catch a bus up to two hours prior to their class time at Cal Poly in order to get a seat.

If you live close enough to your respective campus, riding a bicycle is a viable and cheap alternative to cars. It can even be combined with local bus services to get you where you need to be. Just imagine the feeling of cruising down one of SLO's bike lanes with the wind in your hair while cranky, sedentary motorists stuck in traffic glare at you, envying your two-wheeled lifestyle!

As a bonus, SLO is an incredibly bike-friendly city, and sports 75 miles of bike paths, bike lanes, and on-street facilities. Cuesta offers bike racks at its SLO Campus. Cal Poly is something of haven for cyclist students, boasting 6,500 bike rack spaces, and allowing students to rent secure bike storage lockers for $75 a year, or $25 a quarter.

But riding a bike also means sharing the road with California's notoriously terrible drivers, leaving minor and serious collisions, injuries, and in the very worst cases, death, a possibility. Your best bet is to learn as much as you can about bike safety through the very informative Bike SLO County website, and stay safe and vigilant out on the roads.

In addition, while the there are well-marked bike lanes and routes to Cal Poly, biking to Cuesta means choosing between riding on the narrow, two-lane O'Connor Road or sharing the road with speeding vehicles hurtling themselves down Highway 1. It's pretty dicey.

It's clear that there is a host of ways to get yourself to class each day, no matter how close or far you live from campus. Like a roller coaster, each has its ups and downs. As a student, your best bet is to pick the mode of transportation that best suits your living arrangement, class schedule, and financial situation. Δ

Staff Writer Chris McGuinness will fight you for the last parking spot, and can be reached at cmcguinness@newtimesslo.com.