After a May 12 grand opening bash that drew a huge crowd, Beach Breaks manager Daniel Fried said business in the weeks since indicated that the company's push to be in the vanguard of the city's effort to embrace commercial cannabis had been successful. But with the fledging brick-and-mortar dispensary just getting on its feet, Beach Breaks is ready for another important change to its business model: the ability to sell recreational marijuana. 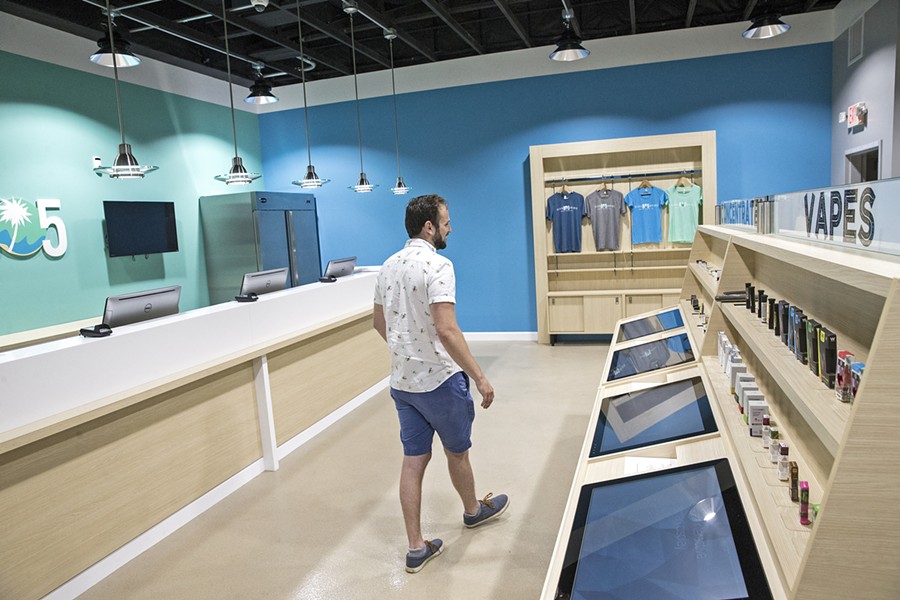 "We'll be doubling [the business] we are seeing right now," Fried said.

Less than a year after approving permits to allow four companies to operate commercial medical marijuana dispensaries within the city limits, members of the Grover Beach City Council voted July 9 to amend permits for all four of those same companies to allow them to sell recreational cannabis products as well.

"If you're over the age of 21 and have a valid government ID, you'll be legally allowed to buy cannabis," said Rafael Castillo, a senior planner with the city. "We'd be the first municipality on the Central Coast to have a [recreational] facility."

While allowing recreational adult use may be a big deal for consumers, it won't cause many major changes in the day-to-day operations for the dispensaries themselves.

"Now we can serve anyone over 21 with an ID," Fried said. "Other than that? When we sell a product to medical user we will have a sticker on the product that says 'medical use.'"

Currently, only two of the four approved dispensaries are actually open for business. A few months after Beach Breaks opened, Natural Healing Center held a grand opening for its retail space on Huston Street July 4. The two remaining businesses, The Monarch and The Milkman were still finalizing real estate transactions and leases as of the July 9 meeting, and neither announced opening dates.

Even with the blessing of the City Council, Fried said Beach Breaks still needed to get permission from the state's Bureau of Cannabis Control. That's because the company's state license originally only allowed them to operate a medical cannabis retail business.

Traverso indicated that businesses that previously only had a medical license, like Beach Breaks, are required to prove the city now allowed recreational sales—and then the bureau could give them the go-ahead.

"We still need their local approval to sell adult-use. Some jurisdictions around the state have only legalized medical cannabis and not adult-use," Traverso wrote in an email response to questions from New Times. "So when their city [or] county authorizes adult-use, they have to get local approval to operate and then come to the state to get approval as well."

Fried said he expected to get approval from the state before the end of July.