'Good Time' is a raw and feverish cinematic experience

Benny and Josh Safdie (Heaven Knows What) direct this crime drama written by Josh and Ronald Bronstein about bank robber Connie Nikas (Robert Pattinson), who must race against time to raise enough money to get his brother Nick (Benny Safdie) out of Rikers Island before he's killed while also evading the people looking for Connie. (100 min.)

Glen A lot of crime stories are about slick criminals pulling off ingenious heists, but this is a story about idiots, the sort of criminals that fill American prisons. It's gritty, depressing, and thoroughly entertaining. And it's made with '70s-era panache by the Safdie brothers, who mix an angst-ridden synth soundtrack with neon-drenched street scenes. It opens with Nick in a therapy session with Peter (Peter Verby), a psychiatrist who's asking the clearly distressed, partially deaf, low-functioning man the meaning of common phrases and word associations. Suddenly Nick's menacing brother Connie bursts into the session and pulls Nick out. It's quickly established that it's the Nikas brothers against the world, and initially I sympathized with Connie, who seemed to want what was best for his brother. All that changes when their bank heist goes wrong, Nick is nabbed, and Connie struggles to get enough money together to make Nick's bail. What follows is a black comedy of errors as Connie—resourceful but obviously damaged goods—takes us on a nighttime run through New York City. Martin Scorsese's Mean Streets is an obvious influence—frantic, surprising, and uncomfortable—the film crackles with energy.

Anna While Connie is fiercely protective and loving toward his brother, he also uses him as a pawn and second body in his risky and illegal schemes. To Nick, Connie is his only friend and his guidance, and he's ill-equipped to handle the world on his own. Connie is furious when he comes to "rescue" Nick from Peter; he doesn't want his brother perceived as dumb or needing special treatment and programs. The maternal influence in both their lives is their Russian grandmother, who is neither maternal nor kind, and we quickly get the perception that these two boys have very much been on their own for most of their lives. While initially I also had a good amount of sympathy for Connie, that shifted quite quickly to his brother, Nick, who ends up being the one caught and jailed while Connie works his way through an increasingly erratic and ill-fated night. His unwavering goal of freeing Nick leads down a rabbit hole of schemes, deception, and the lives caught in the wake of his electric and dangerous energy. An intense ride from beginning to end, Good Time is a seedy, sad look at the much truer-to-life side of crime than most films in the genre present. 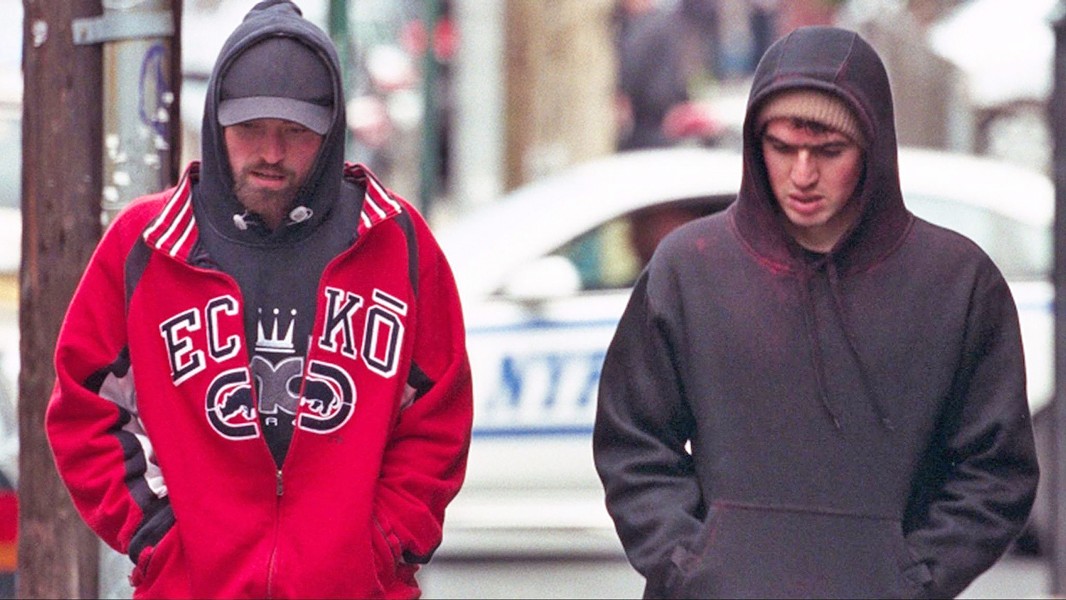 Glen For me, the closest film in recent memory to this is Killing Them Softly, which also depicted the seedier side of crime. Ocean's 11 this ain't! Aside from the excellent direction by the Safdie brothers, the film also owes its success to Pattinson's playing-against-type performance. His turn as Connie will wash the bad taste of the Twilight series right out of your mouth. The film also features an intense performance by Jennifer Jason Leigh as Connie's girlfriend Corey Ellman, a woman on the edge of sanity who believes Connie is going to take her away from her unhappy relationship with her mother. Leigh is amazing in these kinds of roles, throwing herself all in. Her performance is all guts and id. At another point in the film, as Connie is grifting his way through the night trying to survive, he runs across a 16-year-old girl named Crystal (Taliah Lennice Webster), and the scene shows just how sociopathic Connie is underneath it all. Webster, too, was integral to the film. In fact, the acting was uniformly effective throughout—naturalistic, raw, and believable. The film isn't polished, it's primal. The performances aren't slick, they're real. It's hard to like the characters but impossible to turn away from them. Its destination may not satisfy you, but when it arrives, you'll feel it ended the only way it could. This is a feverish cinematic experience. Don't miss it!

Anna I walked into this film with little idea of what it would be besides a bank heist gone bad. While that event certainly drives the reason behind Connie's desperate night, it fades into the background as we watch Nick in more and more danger at Rykers and Connie pulling every con and crime he can think of that may help him get to his brother. It's a much more personal story than a lot of crime thrillers, thanks in big part to some great character work by Pattison and Safdie, not to mention solid performances by Leigh, Webster, and Nicholl. Leigh as Corey is desperate and crazy, a used woman whose sanity is undeniably on edge. Good Time is gritty and depressing, not a feel-good film or a fun romp through a glamorous bank robber's epic adventure. It's real, heartbreaking, and a gripping portrayal of criminals and their means to an end as well as familial loyalty. I was glued to the film from opening to closing credits, and the intense and brooding soundtrack held the entire film in a sense of urgency. Its ending doesn't feel fair or just for anyone; everyone is a broken piece of glass left by Connie as he smashed through a fraught and disastrous night. If you can handle this sort of intense and unapologetically dark film, Good Time is a must-see, especially for Pattison's gripping performance. Δ