What's it worth, Anna? Full price

What's it worth, Glen? Full price

Co-writer Johnee Gange directs this whimsical Western about Dairy Gulch, a town obsessed with milk. When their cows go missing, the townsfolk set out to find their cows and restore order. (40 min.) 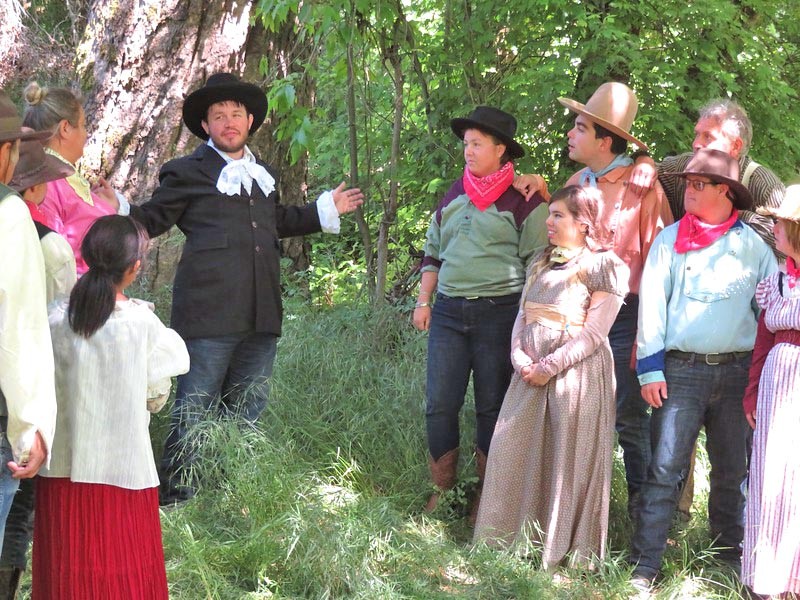 Glen I love these films from Adventure Club SLO. The club is filled with adults with special needs—autism, head injuries, Down syndrome, and other conditions that make the cast differently abled. That doesn't stop them from producing charming, wildly creative films with high production values. Club director Johnee Gange works with his club members on a regular basis in an outdoor-based program that includes various activities. One of the club highlights is the creation of these films, which can take many months to produce. It's a lot of work, but thanks to volunteers such as film editor and special effects supervisor Norman Pillsbury, the results are great. More importantly, for the participants, it's amazing therapy, and it gives them a much-deserved sense of satisfaction. When premiere night finally rolls around, it's like going to the Oscars for the cast members, who put on their finest and sit back with the audience and see themselves up on the big screen. It means a lot to them, and a DVD of the film becomes a treasured keepsake they can watch again and again. Gange has also had good luck getting professional actors who live nearby to volunteer to appear and mentor the cast. For instance, Big Sur resident Timothy Bottoms (Johnny Got His Gun, The Last Picture Show, The Paper Chase, Texasville, Welcome to the Men's Group) has worked with Adventure Club in the past, as has Santa Margarita resident Ted Levine (Silence of the Lambs, Memoirs of a Geisha, American Gangster, the TV series Monk, Shutter Island, Jurassic World: Fallen Kingdom), who appears in this film as Buffalo Bill. The story involves a drunken sheriff (Billy Moen) who can't do his job, his angry wife (Erika Holloway), a shady mayor (Dana Miller), and a state senator (Jason Cantu) hungry for re-election. It's silly, light-hearted fun. I hope they fill the Fremont Theater this Friday night. It's really a joyous event. 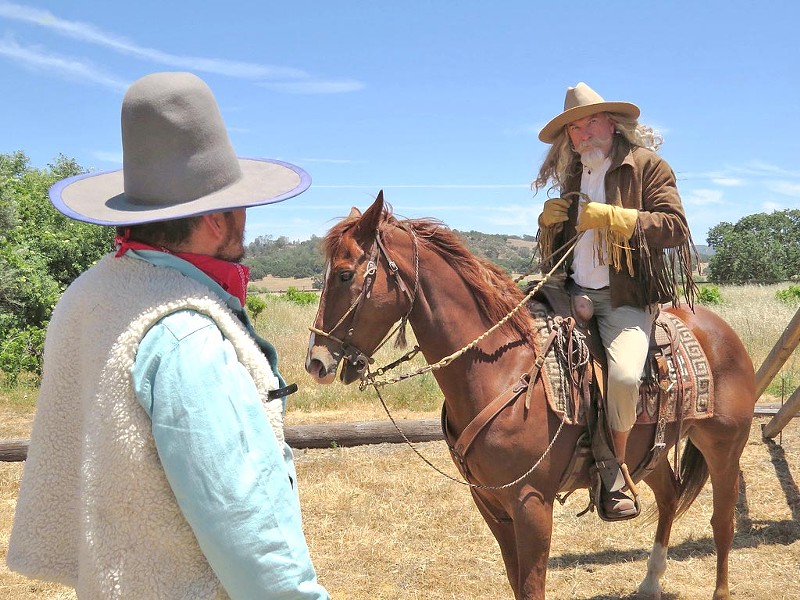 Anna We were lucky enough to be invited to a day-of filming several years ago for another film project Gange and the Adventure Club were producing. There was magic in the air that day, and as a former theater geek I was reminded of the strong bonds this type of project creates. The story is funny: When the townsfolk all head to the local tavern for some revelry we realize that milk has replaced the cowboy's whiskey in this world. Soon enough the town has gone dry except for a stash the sassy and secretive mayor has hidden away. She's happy to share—for a fee that is, one the townsfolk outside of her inner circle can't afford. Soon the town is off to find their stolen cows and horses, apparently stolen by the scoundrel Babyface and her gang, and that's when we get to meet the senator and his plan to wow a crowd, with the amazing Buffalo Bill. I got some genuine laughs from this film, my favorite part being a musical number with a strumming cowboy and four others who pop up to harmonize. So much fun. We went to the premiere of the film that we saw in action, and boy-howdy it was an evening to remember. This is one of the reasons to love living in small town America SLO. Programs like the Adventure Club and the people and businesses that stand behind them are true gems.

Glen I'm not sure where the location for the filming was, but it totally had an Old West feel, and the tavern interior was decorated with game trophies and other rustic props. Old farm equipment was around the grounds and buildings. With no real budget to work with, Gange has to depend on donations, volunteers, and good old fashioned cleverness. For instance, when the townsfolk set out to search for the cows, they say, "Let's get the horses and mount up!" That apparently wasn't in the budget, so guess what? The cow thieves must have stolen the horses, too! There are definitely some great laughs here, some great original music created by the You Jays, which includes Gange, Mark Travis, Dylan Johnson, and Shane Stoneman. They'll play live before the screening. You can also see more Adventure Club SLO movies on their Vimeo channel at vimeo.com/channel/adventureclubslo. Come out and support this terrific organization! It's going to be a hoot!

Anna The premiere night will be a blast, no doubt. The people involved in this project have poured their hearts and souls into putting together a solid reel, and the honor participants receive at the Fremont will be the kind of good-for-the-soul stuff everyone can appreciate. It would be a great event for a family night out, the Western motif and easy-to-follow storyline will keep kids and adults entertained for the mere 40 minutes the film runs. The really great thing about these projects is the professionalism they uphold. From well-thought-out scene work, to funny one-liners, to big stars like the man Ted Levine himself, this is clearly not a project taken lightly. Gange and his crew deserve boatloads of praise for taking on the incalculable hours, sweat, and tears that making a movie takes. This is a program that not only deserves but also truly earns support from its community, and I hope the Fremont is packed to the gills for More Milk. It's a win-win of a film and a great product of an even greater organization.