I'd be hard-pressed to name two more genre-hopping, inventive, eclectic bands than The Mavericks and Los Lobos, who share the bill this Saturday, Aug. 14 at Vina Robles Amphitheatre (7 p.m.; all ages; $45 to $55 at vinaroblesamphitheatre.com).

The definition of "maverick" is an "unorthodox or independent-minded person," which sums up The Mavericks nicely. Ostensibly a country band, they came up in Miami's punk and alternative rock scene and combine Tex-Mex, Tejano-infused rock, and neo-country sounds that stray beyond the bounds of what many people consider country music.

Rock and Roll Hall of Famers Los Lobos (Spanish for The Wolves), who in their 1978 debut offhandedly called themselves "just another band from east LA," are anything but just another band. They play rock, sure, but also Tex-Mex, country, zydeco, folk, R&B, and soul, as well as traditional Mexican music such as cumbia, boleros, and norteños. They also supplied the new versions of Ritchie Valens' music for the 1987 film La Bamba.

Both bands are known for their exhilarating live shows, and this promises to be a real barnburner!

Also this week at Vina Robles, check out punk icons Rise Against on their Nowhere Generation tour with Descendents and The Menzingers on Wednesday, Aug. 18 (7 p.m.; all ages; $39.50 to $59.50 at vinaroblesamphitheatre.com).

"A year without live music in a time when we needed it most has been trying for all of us," Rise Against's Tim McIlrath said in press materials. "Live music has been missing from all of our lives for far too long. We can't wait to fix that on the 'Nowhere Generation tour.' It's been a long year, and we have a lot to say about it."

Numbskull and Good Medicine have two great shows cooked up for you this week. The always popular AC/DC tribute band High Voltage plays The Siren on Friday, Aug. 13 (8 p.m.; 21-and-older; $15 at eventbrite.com or $20 at the door). These guys just rip! If you dig AC/DC, you're going to be floored by how amazing they are at re-creating the famed Aussie rockers. They even bring in bagpiper Paul Dunn to complete the effect.

SambaDá plays Castoro Cellars on Saturday, Aug. 14 (6 p.m.; all ages; $20 at eventbrite.com or $25 at the door), featuring Brazilian natives Papiba Godinho and Dandha da Hora, who "bring their profound knowledge and respect for the roots of Brazilian and Afro-Brazilian song and dance." Their combination of samba-reggae-funk musically unites the Americas and Africa.

EDM and the Dead

Grateful Dead tribute act Rosebud plays on Sunday, Aug. 15 (4 to 7 p.m.; all ages; free). This one's outdoors in the sunshine, and hopefully band member Scott Cooper will debut his bopping new single, "Cutting the Rug," about a woman who loves to dance: "Cutting the rug, it's her favorite drug." I know some people like that!

Concerts in the Plaza continues this Friday, Aug. 13 (5 to 8 p.m.; all ages; free), with hard pop brass band Brass Mash, known for mashing up two songs in a new arrangement for a horn and percussion. They put on an amazing live show, an they're great for dancing. 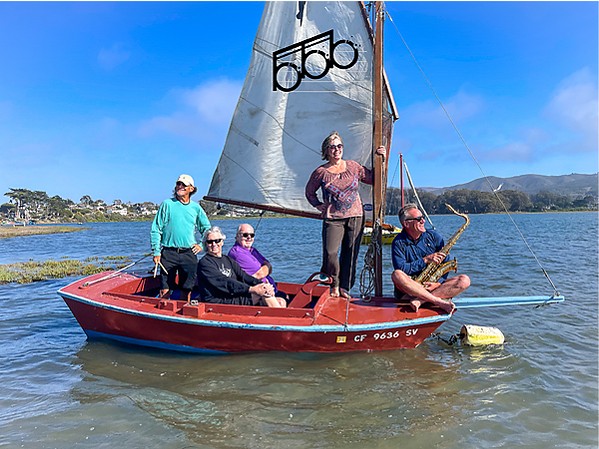 Back Bay Betty plays the Concerts on the Green series at Sea Pines Golf Resort on Saturday, Aug. 14 (2 to 6 p.m.; all ages; free). "It's finally time to play and be together outside at our favorite local live music venue!" said the band. "Bring your lawn chairs, enjoy awesome food and drinks served all afternoon from the patio, kick off your shoes, and dance to our originals, classics, and funky blues! This is a family-friendly event (including fur babies!). Opening the show is Tumbling Dice, a new Rolling Stones tribute band who happens to share our rhythm section! See you there!"

All original Afro-Caribbean dance band The Zongo All-Stars plays the Point San Luis Lighthouse on Saturday, Aug. 14 (3 to 7 p.m.; all-ages; $35 with shuttle ride; $20 if you paddle in by kayak or SUP; $400 for a table for eight with shuttle and two bottles of wine at my805tix.com). This will be an amazing show perched on a bluff above the blue Pacific.

Up in the Air brings their worldbeat sounds to Atascadero's Bristols Cider this Saturday, Aug. 14 (7 to 9:30 p.m.; free). The venue recently built a new stage and reconfigured the room for better acoustics. They also added a new digital sound system. Up in the Air will also play Stolo Family Vineyards in Cambria on Thursday, Aug. 19 (4 to 6 p.m.) as part of the winery's Music in the Meadow series (Call (805) 924-3131 for reservations).

Latin Grammy-nominated producer and nu-cumbia pioneer El Dusty will DJ The Siren's Tropical Tiki Night next Thursday, Aug. 19 (6 to 10 p.m.; 21-and-older; free). It's part of El Dusty's 2021 Cumbia Para Todo El Mundo tour and the release of his new single, "Cámara Lenta," which is going to blow up dance floors this summer!

On the instrumental song "New Times, New Moves," Lee Ann invites listeners to hear "the hum and roll of the printing press surrounded by the 'voices' of everyone that contributes to a free weekly representing local California news and culture. Hope this gives you positive energy and good coastal vibes." 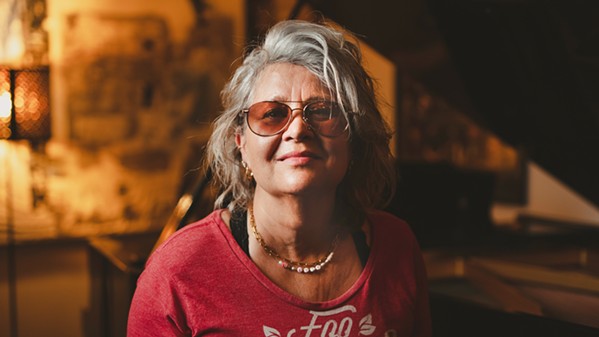 It's the first single off her upcoming album, Grand Piano Vibes Vol. 2. Vol. 1 was recorded during the pandemic when Vermeulen played a series of concerts for her neighbors to help get them through.

"2020 was a rough year for everybody for a lot of different reasons, and that's when we started playing live for our neighborhood," Vermeulen said. "When we started recording Vol. 2 this year, we kept our formula of recording 'in the moment': purely improvisational piano pieces recorded in one take with minimal editing."

Hear the new song on soundcloud.com/lee-ann-vermeulen-roberts and leeannvermeulen-roberts.bandcamp.com. Later this year, Grand Piano Vibes Vol. 1 and 2 will be bundled and available online and as a deluxe digipak CD in local stores. Δ