Unlike local cities, San Luis Obispo County does not have a weed abatement ordinance on its books to help remove potential fire fuel.

The 2018-19 SLO County grand jury says that should change, given the growing threat of wildfires in California. 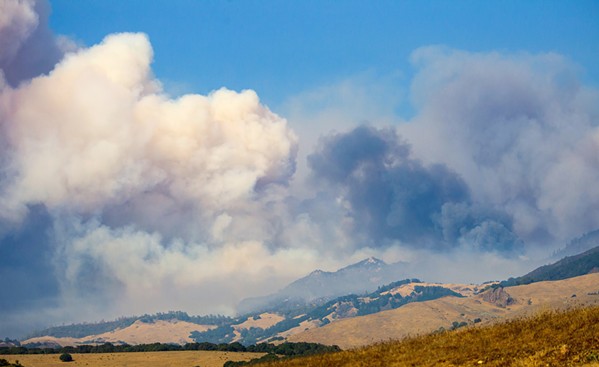 In a report published on June 4, the grand jury examined weed abatement policies throughout the county and concluded that the county itself needs one.

"The grand jury was unable to identify the existence of any weed abatement policy by San Luis Obispo County," the report read. "We believe this lack of policy increases the risk of extensive damage in the event of fires."

Cities have policies that require property owners at the start of fire season to clear vegetation near buildings, property lines, and roadways to a height of 4 to 6 inches. Atascadero also has a chipping program, where residents can haul their own wood and debris to the street and the city comes by to chip it free of charge.

Cal Fire does do some fuel reduction in unincorporated SLO County in areas identified by the state as "responsibility areas," according to the report. That process involves mowing dry, heavy grass, removing dead and dying brush and trees, and pruning lower branches of trees. The grand jury report doesn't specify where those state responsibility areas are, but it concludes that a more robust local program is needed.

"The Board of Supervisors should implement a countywide weed abatement ordinance, which should also include agricultural properties," the report stated.

The grand jury also recommended that the county and cities offer a chipping program similar to Atascadero's; that the county should do more to educate the public on evacuation plans as well as a reverse-911 program that allows residents to sign up to receive emergency alerts via phone; and that the county explore the idea of preserving PG&E's siren warning system for Diablo Canyon Power Plant for future use after the plant closes.

"The threat of future fires is a reality that we have to live with," the grand jury report read.

SLO County administrative officials declined to comment on the grand jury report to New Times, but they noted that the county and other agencies named in the report are required by law to issue responses by Aug. 6. Δ