Resistance is futile. “The industry is coming.”

Grover Beach Mayor Pro Tem Jeff Lee uttered the words as he and other City Council members engaged in a lengthy discussion over potential plans to tax commercial medical marijuana businesses within the city. 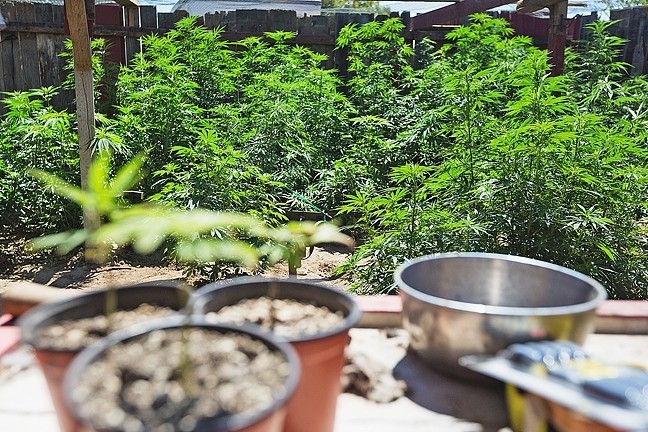 Fresh off the heels of a rushed vote to ban commercial cultivation earlier this year, the council changed its tune and asked staff to begin moving forward with developing regulations that would allow for a wide range of commercial cannabis operations including cultivation, testing, and even brick-and-mortar retail stores.

While many on the council asserted that being more receptive to commercial operations would benefit patients in need of medical marijuana in the city, they were also well aware that the introduction of such business could also lead to potential revenue for the city, generating hundreds of thousands of dollars annually.

But it wasn’t just council members who saw the potential revenue stream. The July 6 meeting was attended by several representatives from the medical marijuana industry who were interested in bringing their businesses to Grover Beach should the city opt for regulation and taxation instead of an outright ban.

“We felt like this was something we really wanted to be a part of,” said Matt Suett, a representative of Surterra Holdings. Surterra is a heavy hitter in the medical cannabis industry on the East Coast and holds one of only six licenses issued by the state of Florida to cultivate, process, and dispense medical marijuana under the state’s restrictive laws.

Now, thanks to medical marijuana regulations passed by California lawmakers last year, the company turned its gaze westward and is looking to invest and expand in the Golden State.

Surterra isn’t the only group courting Grover Beach. Representatives from Elite Care, which recently came into the area from San Francisco, and The Monarch, a medical marijuana startup with ties to Colorado and Illinois, were also present at the meeting—all three encouraged the council to move forward on the regulation and taxation issue.

Like other California cities taking up similar measures, Grover Beach is now an attractive prospect for entities and investors looking to get into a potentially lucrative new industry.

“I guess there could be sort of a gold rush,” Brandon Gesicki, who attended the Grover Beach meeting on behalf of unnamed clients, told New Times.

Gesicki, a seasoned political consultant from Carmel who’s worked with former Lt. Gov. Abel Maldonado and others, said his current clients were well known and established in the industry and that Grover represented a desirable community for their businesses. Gesicki added that California cities looking to capitalize on interested medical marijuana businesses would be wise to follow in the footsteps of Santa Barbara and King City and set up a framework for the medical marijuana industry sooner rather than later.

“The [cities] that are taking advantage early will have a better choice of quality partners,” he said.

But with all the outside interest, some locals who’ve worked and fought to do business in the county for years—when local cities and the county operated a prohibitive de facto ban on medical marijuana—worry that they might be pushed out. Bradford Peters is the CEO of SLO Community Collective. Peters said he’d been involved with the issue of medical marijuana since the 1990s, but after years of advocacy and running the organization, two of his warehouses in SLO were shut down, eliminating roughly 80 percent of his production. So while moneyed interests are moving in, he is starting from scratch.

“Now that it might be legal, all the people who fought for the issue for decades could be pushed out by big companies,” Peters said. “The worry is they are going to come in and mine our community for money, and that money is going to go to other communities.”

Peters told New Times that cities developing medical marijuana regulations should consider adding policies that would allow small, locally owned companies to maintain a hold on some of the local market and ensure that the money is spent in the county.

Just who will have the upper hand and ultimately benefit from Grover Beach’s new direction on marijuana policy remains to be seen. The city is still at least six months away from passing any kind of proposed regulation, according to City Manager Matthew Bronson.

“This is an emerging field, and there are a lot of different elements under the banner of medical marijuana,” Bronson told New Times. “From the staff’s perspective, we are seeking as much information as we can obtain on how to create a regulatory framework that fits our community.”