Group Show will be on display at Cuesta College's Harold J. Miossi Gallery in San Luis Obispo from June 27 through Aug. 9. An opening reception will be held June 27 from 4:30 to 7:30 p.m., with an artist's talk at 5:30 p.m. Visit cuesta.edu for more information.

"How do we reconcile that relationship that's faced against us?" Allen said. "It goes against the rebel nature of artists."

Even the name of the exhibit is a winking nod to the trappings of the art gallery world, where artists create something and then are forced to come up with the perfect, meaningful, creative, and whimsical name for a piece of art or an entire show. According to Allen, the show's curator, Group Show is a photo commentary on the structures and mechanisms that are set up in the gallery world.

"A lot of this is trying to take away some of the frills, like coming up with a name," Allen said. "Why does the artistic process stop at the making of the art?"

Allen's preferred media are photography and performance art. Her self-portraits include a series of black and white photos of the artist fully and partially clothed, as well as naked in a bathtub, ranging from completely serious to utterly hysterical. In her artist's statement, Allen wrote that her work explores her identity, emotional and mental states, and the expectations of the female experience.

While Allen's work is meant to be somewhat confrontational, her intention is to connect with others.

"Instead of turning my camera on the outside, I turn it inside," Allen said. "It's been sort of like a photo diary. Pictures allow more of an ambiguity, a humanness, than words."

So what then is the role of the artist if not to sell art? To create, to perform, to ask, "Why?"

Allen acknowledged that there are ways to work within the art world toward stereotypical success, but like the proverbial Goldilocks, none of them feel quite right to her. 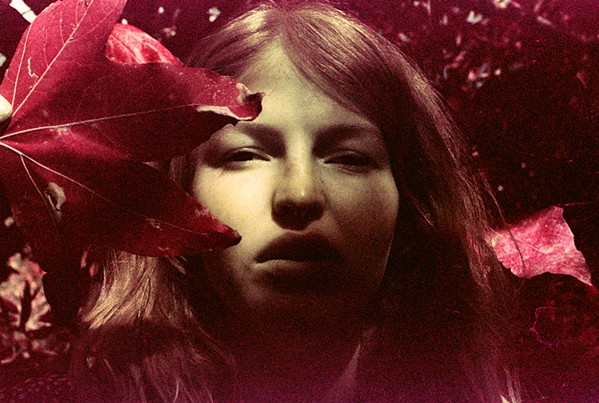 "There are formulas, and I could subscribe to those formulas," Allen said. "But they feel inauthentic to me. What does the shy artist do? How does a talented loner get discovered?"

Allen said that right now, for better or worse, both social currency and social media followings weigh heavily in the outcome of an artist's success.

"People are really susceptible to what they're being told is good, instead of discovering it for themselves." Δ

Arts Writer Ryah Cooley is a working writer. Contact her at rcooley@newtimesslo.com.