Two cities at opposite ends of SLO County are taking two different paths when it comes to banning expanded polystyrene food containers in their respective municipalities.

In South County, the Grover Beach City Council approved plans to move forward with the development of an ordinance that would ban the use of the plastic foam, commonly referred to as Styrofoam, at its July 17 meeting. In North County, members of the Paso Robles City Council voted against developing a similar ordinance, citing concerns that it would be government overreach. 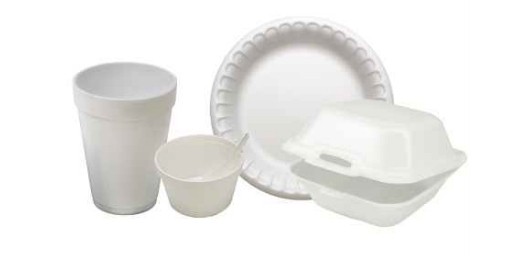 Expanded polystyrene (also known as EPS) is commonly used in cups, plates, and to-go boxes for food and drinks in restaurants. The material isn't biodegradable and is difficult to recycle. Local groups calling for a ban on the material, such as SLO Foam Free and the local chapter of the Surfrider Foundation, raised concerns that the foam has a negative impact on the local environment and the health of birds, fish, and other animals that might come into contact with it.

"Styrofoam is one of the items we find quite a bit on our beach cleanups," said Cynthia Replogle, vice chair for Surfrider's SLO Chapter. "Takeout containers that get used in the city often end up on the sand."

Judith Bean, president of the Arroyo Grande and Grover Beach Chamber of Commerce, raised concerns about a potential ban's impact on small businesses. Bean said that while several of the 19 local businesses the chamber talked to had already voluntarily stopped using such containers, many of those that hadn't made the switch claimed it would cost them more to use non-polystyrene containers.

"The bulk of them said it would raise their costs more than double," Bean said. "They would have to pass that cost onto diners or eat the cost themselves."

Taking that into account, Councilmember Jeff Lee asked that city staff consider modeling a proposed ordinance after Arroyo Grande's ban, which he viewed as more business friendly. Based on that model, Grover Beach's regulation could include a lengthy roll-out to allow businesses to use up their current stock of polystyrene containers and potentially offer hardship exemptions for businesses that can't afford to make the switch.

Grover Beach City Manager Matthew Bronson said the proposed ban would likely be brought back to the council some time in the fall.

In Paso Robles, members of the City Council decided not to pursue developing any sort of ban on expanded polystyrene. Several of the council members, including member Jim Reed, believed that market forces were already pushing businesses and companies to stop using the foam on their own.

"The mentality is changing. There's a lot of great work that's already being done about it right now," Reed said. "It's going to correct itself, and I don't really see that we need to burden the government with more work."