The Grover Beach Police Department hopes that adding a new job category and increasing pay for reserve officers will help offset staffing challenges within the department.

At the recommendation of Police Chief John Peters, on Nov. 2, the Grover Beach City Council unanimously approved adding an “officer trainee” position to the department and boosting pay for current and future reserve officers. 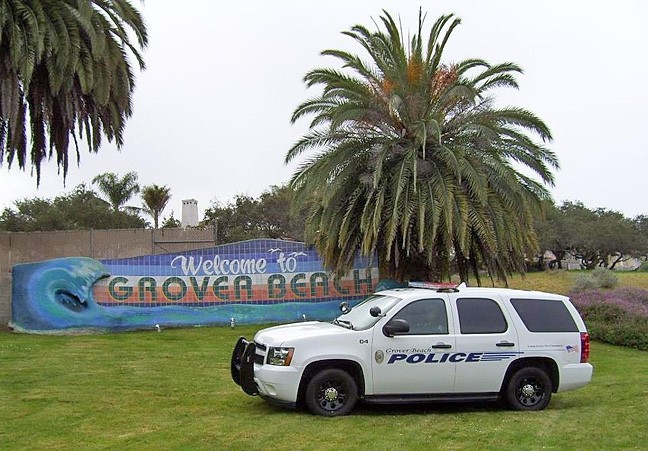 Peters hopes the changes will address a personnel shortage within the department. Grover PD currently has six vacancies for police officer positions, which Peters said was equivalent to an entire weekend staff of police officers.

“Proactive policing is extremely difficult to do at this time because, as you can imagine, a shift that may have only two, at most three officers on it,” Peters told the council. “And 165 calls are going out to each officer each month, so they’re pretty busy from call to call, report call to report call, and taking a lot of reports and information.”

Peters admitted that the staffing vacancies have had an impact on the department’s operations. For example, Peters said he had to move two detectives into patrol, which has slowed solving and closing cases. He also said there has been an increase in criminal activity, including narcotics and car theft. The staffing issues also caused a drop in traffic citations.

The officer trainee position would allow the department to recruit and sponsor individuals enrolled the police academy at Allan Hancock College. Prior to approval of the position, the department could only recruit officers who already graduated from the academy or those already working at other police departments. Many new officers are snatched up while they are still in the academy, putting Grover at a disadvantage.

“We want to be more competitive and attractive to recruits,” Peters told the council.

After going through a rigorous hiring process, the recruit would get paid $23 an hour while they attended the Hancock police academy. Peters said sending a recruit through the academy would cost between $4,000 and $5,000 including tuition, equipment, and department staff time used for the hiring process.

“It’s fascinating,” Mayor John Shoals said. “It reminds me of the recruitment of college athletes.”

The new pay scale approved for the department’s part-time reserve officers increased pay for every level of the three-tiered program. Officers on the lowest tier, level three, now start at $17 an hour. Level two officers will start at $22 an hour, and level one reserve officers, the highest tier, will be paid $27 an hour.

The staffing issues within the department didn’t appear to be new news to the council.

“A lot of this stuff we already knew, that we need some parity here,” Councilmember Karen Bright said. “I didn’t realize just how much help we needed.”