Both Pismo Beach and Grover Beach have agreed to move forward with a plan to consolidate their emergency dispatch services, a move that officials say could improve emergency response strategies and potentially save money for both cities in the future. 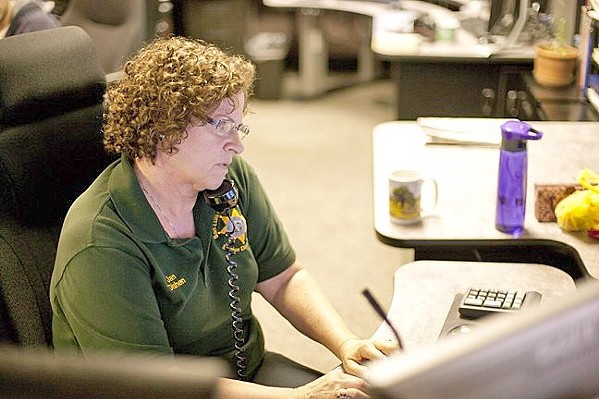 At a meeting on March 22, Grover Beach City Council showed enthusiastic support for a proposal to fold the city's dispatch services into those already offered by Pismo, allowing Grover to reduce its staffing levels and repurpose its dispatch facility into much-needed police briefing space. If Arroyo Grande decides to join the partnership when its dispatch contract with the SLO County Sheriff's Office ends, city staff said that South County would have a true regional dispatch center.

"I think taking a regional approach makes a lot of sense, given the opportunity for better coordination between the two cities and possibly three in the future," Grover Beach City Councilmember Anna Miller said at the meeting. "Having two dispatchers available at the same time equates to better coverage and results in safer communities for us all. So I am in complete support of the consolidation proposal."

Through the proposed contract, dispatch services for Grover and Pismo would be conducted at Pismo's emergency communication center effective July 1, while Grover's would be transformed into a police briefing room and emergency backup facility. Both Grover and Pismo currently employ six dispatchers each, and through the partnership, that would be reduced to nine total positions. Grover Beach would employ four dispatchers at a cost of $540,000 in fiscal year 2022, and Pismo Beach would employ five for $637,150. Although that was estimated to save Grover around $209,730 in fiscal year 2022 alone, the city plans to retain two full-time records employees in an effort to keep the records department open to the public seven days a week. With those employees on board, the consolidation will actually cost Grover Beach an extra $47,931 in fiscal year 2021-22.

"So it is not at this time a true cost savings," Grover Beach City Manager Matt Bronson said, "but it's a nominal amount to pay more for a higher level of services."

Regionalized dispatch services have proven to reduce risks and improve efficiency among involved agencies, according to a Grover Beach staff report, and there's been a push nationwide for about the last two decades to consolidate neighboring emergency dispatch centers.

Grover and Pismo have mulled over the idea of joining forces many times in the past, and when the Grover Beach Police Department experienced a staffing shortage in its communications department in August 2020, it requested part-time dispatch services from Pismo Beach. The cities saw the initial month-to-month dispatch service agreement as an opportunity to test out the long-discussed consolidation. While working together for a limited time, Grover and Pismo both found that police response times and strategies became increasingly efficient and safe.

"Calls for service don't just stop in one city," Bronson said, "particularly in our Five Cities county area where something could happen in one city and then it quickly spills over into another city."

Grover Beach City Council is slated to vote on the official contract between the city and Pismo Beach on April 26. Δ