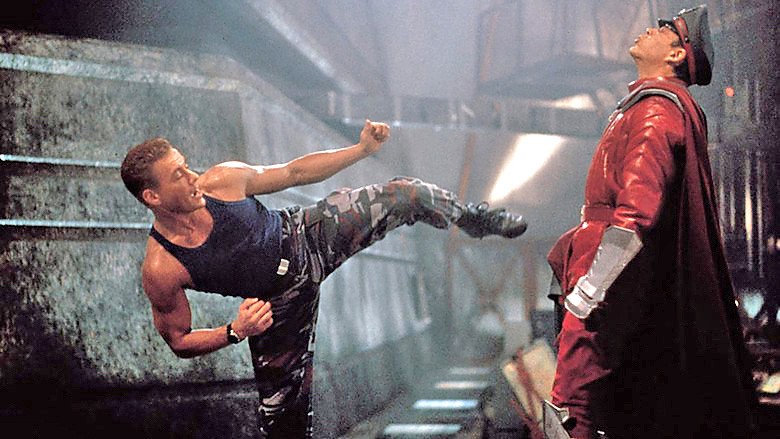 I've found that the easiest way to defend my admiration for 1994's Street Fighter is by bringing the 2009 reboot, Street Fighter: The Legend of Chun-Li, into the conversation.

"Oh yeah, that one was way worse."

Of course that's no way to prove the former is objectively good. Comparing two bad films with each other doesn't allow that outcome. Attack of the Clones doesn't make The Phantom Menace any more or less watchable (depending on which you prefer). Nor does that method make good films even better than they already are. The Godfather Part II is widely considered to be nearly perfect, but that reputation has nothing to do with Part III being so bad.

Moving on to less serious matters, I believe I was 5 years old the first time I watched Street Fighter, which came out during the onslaught of video-game adaptations in the mid '90s—Super Mario Bros., Double Dragon, Mortal Kombat. Growing up with a Super Nintendo attracted me to all of those, and Street Fighter was no exception.

Based on the Capcom game, the plot of Street Fighter revolves around the war between the fictional Allied Nations (AN) and a dictator hell-bent on world domination, General Bison (Raul Julia, Kiss of the Spider Woman, The Addams Family). After Bison captures a group of AN relief workers, the heroic Colonel Guile (Jean-Claude Van Damme, Bloodsport, Timecop), and his team mount a rescue attempt.

Characters we meet along the way come straight out of the game, including Chun-Li Zang (Ming-Na Wen, The Joy Luck Club, Mulan), a news anchor/expert martial artist (not uncommon) who seeks revenge against Bison for the murder of her father. Others include Ryu (Bryon Mann, The Big Short), a spy Guile uses to infiltrate Bison's fortress, and Zangief (Andrew Bryniarski, Batman Returns), a burly henchman and Bison's most devoted disciple.

I've blamed my love for Street Fighter on nostalgia for so long, but I'm only now starting to wonder how I'd feel about the film had my first viewing been yesterday rather than two decades ago. What would I appreciate the most about it? Above all, I think it would be how colorful and campy it is. Compared to darker and more recent video-game adaptations, like 2016's Assassin's Creed, Street Fighter is refreshingly lighthearted and unpretentious. Even the MPAA doesn't take the film too seriously as it's rated PG-13 for "non-stop martial arts." That's in the official rating—non-stop (you can't buy that kind of publicity).

If there was ever to be a live-action Donkey Kong adaptation, I hope the filmmakers look to the silliness of Street Fighter for inspiration. Or not. Can you imagine Andy Serkis (King Kong, Rise of the Planet of the Apes) taking on the titular character's motion capture? How good would that be? (102 min.) Δ