Gulls continue to wreak havoc on the condominium units at Bayshore Village in Morro Bay, and as a result, the city of Morro Bay declared the animals a menace and danger to the safety and public health of residents, which allows residents to remove them. 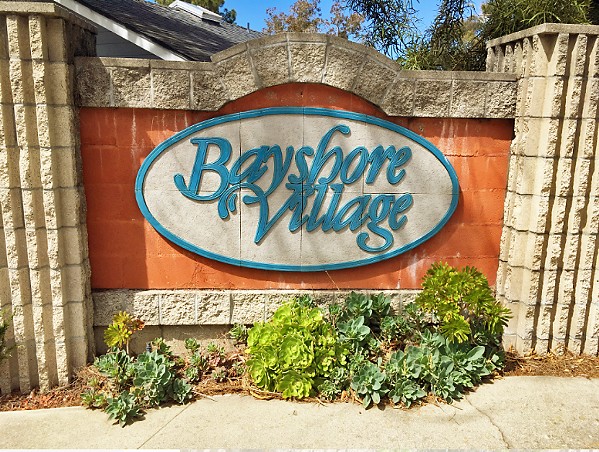 Morro Bay city staff received a request in September from the Bayshore Village Homeowners' Association to extend a 2015 authorization, which expires on Dec. 31, allowing removal of gull nests from condominium unit roofs and expand it to also allow for gull harassment and hazing and gull egg addling.

During the Nov. 17 City Council meeting, Community Development Director Scot Graham said harassment and hazing would be in the form of wind drive whirlybirds, solar power whirlybirds, metal siders, spikes, bird wire, mylar tape, coil wire around chimneys, distress calls, plastic owls, and green laser lights. Addling of gull eggs, he said, is done by covering them with corn or vegetable oil and putting the treated eggs back into the nests soon after they're laid—as a result, the eggs won't hatch.

The council has approved the resolution for the past 10 years. Graham said that roof damage is one of the main issues the homeowners experience.

In the last five years, the homeowners' association obtained a depredation permit from the U.S. Fish and Wildlife Service to addle the gull eggs, destroy nests, and nonlethally harass the gulls. According to Fish and Wildlife, the permit is intended to provide short-term relief from bird damage until long-term nonlethal measures can be implemented to eliminate or significantly reduce the problem.

Councilmember Jeff Heller joked that Alfred Hitchcock would approve of this resolution, but added that, jokes aside, he typically avoids the Bayshore Village area because of the gull situation. He questioned the homeowners' association's harassment methods as the issue has persisted for 10 years.

Graham said the methods haven't been working, but the expanded authorization of addling eggs could reduce the number of gulls in the area.

Mayor John Headding, a former Bayshore Village resident, said that his four years of living in the condominiums was an excellent experience except for the seagulls.

He said harassment methods carried out in the past were respectful and complied with city rules and Fish and Wildlife regulations.

"It hasn't been completely eradicated, the issue. But I can tell you, in my humble opinion, [it would be] unlivable because of the persistent significant numbers of gulls on the property itself," Headding said during the meeting. "It did improve the grounds, which are rather vast as you know, including a pool clubhouse and walking area that would be significantly impacted by the gulls."