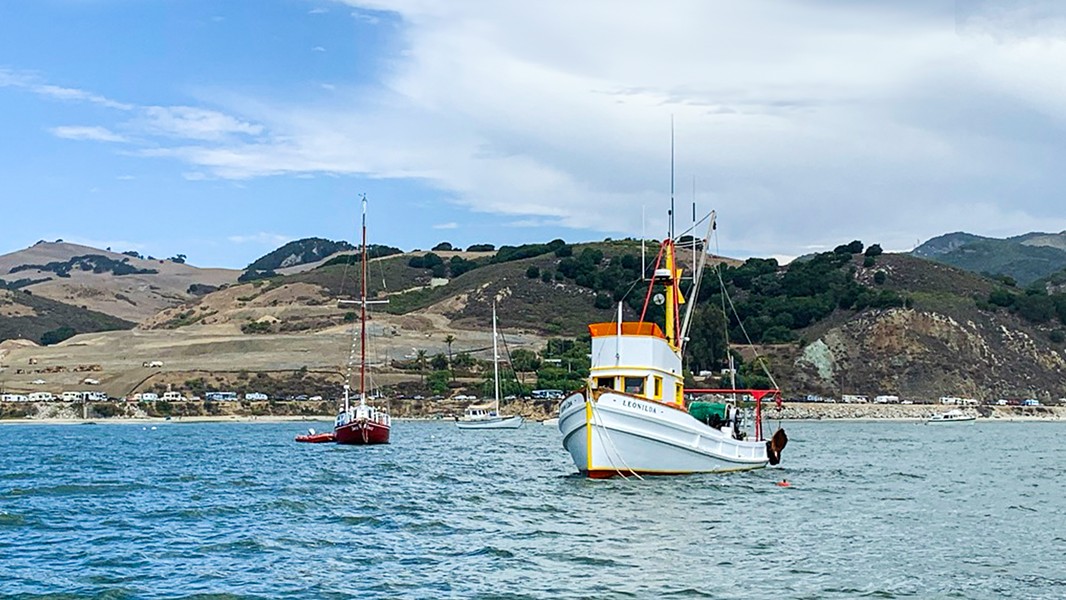 Photo By Camillia Lanham PATROLLING THE HARBOR While some would like to see Port San Luis Harbor Patrol use of force policies revamped, others say the patrol's low number of use of force incidents speaks for itself.

The Port San Luis Harbor Patrol responds to hundreds of calls for service each year, and in the last 10 years, the agency recorded 22 instances in which its officers used force.

In 2014, a Harbor Patrol officer used pepper spray on a person who had smashed in car windows with a metal pole and threatened to kill passersby. A joint manipulation technique was used in 2018 to restrain and handcuff a person who had been fighting with bouncers at Mr. Rick's in Avila Beach, and in 2020, a Harbor Patrol officer used a modified takedown technique to restrain a person who had threatened to kill someone, brandished a 12-inch knife, and then attempted to headbutt a sheriff's deputy.

Of the remaining use of force incidents, a majority involved handcuffing and only a few involved the use of control holds or joint manipulation, according to data that Chief Harbor Patrol Officer Matt Ashton provided to New Times.

Some law enforcement experts say that's an outstandingly low use of force record, but recent nationwide protests over police brutality have led some community members and elected officials to question whether an agency like the Harbor Patrol should be using force at all.

After protests in the spring of 2020, Port San Luis Harbor Commissioner Bob Vessely became aware of police reform campaigns like 8 Can't Wait, which pushes for bans on chokeholds and strangleholds and calls for improved de-escalation strategies. After doing some research, Vessely started to think that Harbor Patrol officers should look and act more like park rangers than police officers.

"But the policies they want us to adopt, the training they do, the uniforms they wear, the equipment they use all screams cop," Vessely said in a previous interview. "And I don't have a problem with that. It's just not what we want here at the port. We want park rangers."

The policies and regulations Harbor Patrol officers adhere to are updated constantly as federal, state, and local laws change, and at a Port San Luis Harbor Commission meeting on Jan. 26, staff presented changes to four Harbor Patrol policies that would bring them in line with recently passed laws.

Vessely took issue with most of the recommendations and complained that language included in the proposed Harbor Patrol policies wasn't clear enough and often didn't quite align with state law.

Though Commissioner Mary Matakovich sided with Vessely throughout much of the discussion, the majority of the board passed the policy changes as written, and commissioners agreed to hold off on a more in-depth conversation regarding the Harbor Patrol until the commission's February meeting. That happened as planned on Feb. 23, but Vessely wasn't satisfied with the discussion, which mostly revolved around specific policy language that had already been approved by the commission.

"But this isn't the discussion we need to have," Vessely said during the meeting. "I believe we need to just step back entirely and talk about what kind of a law enforcement Harbor Patrol department we want to have and what image we want that to project to the public. So this really needs to step back to a basic policy statement and not the details of the policies themselves."

Ron Martinelli is a forensic criminologist and law enforcement practice expert who has been working with the Harbor Patrol as a policy consultant since 2004. Martinelli said Harbor Patrol officers are already similar to park rangers, who are often armed and sworn peace officers.

California State Parks employs about 540 "state park peace officers" that serve as park rangers or lifeguards across the state, including several parks in SLO County, according to a State Parks spokesperson. As fully sworn peace officers, rangers carry several kinds of defensive weapons, including pepper spray, batons, tasers, and firearms.

State park peace officers were originally classified as "park guardians" or wardens and have served as protectors of resources and peace in the State Parks system since 1864. But in 1968, State Parks said several emergency situations at the Folsom Lake State Recreation Area led the Commission on Peace Officer Standards and Training to reevaluate ranger duties. 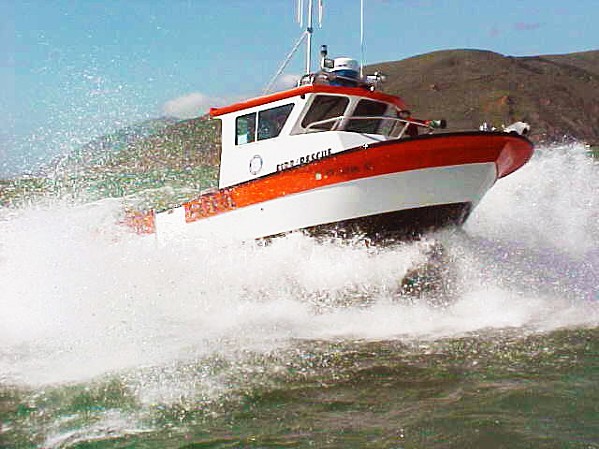 "The conclusion of the report recommended that State Parks hire and appropriately train peace officers capable of responding to emergencies occurring on state park property," a State Parks official wrote in an email to New Times.

Before the Port San Luis Harbor Patrol became "a public safety agency with law enforcement authority" in 2005 and armed its officers in 2007, Martinelli said they were essentially security guards without any real way to defend themselves. They were still able to conduct search and rescue and some enforcement operations, Martinelli said, "but any time that they were threatened—anytime they were threatened—they had to back off."

The Harbor Patrol is a small public safety agency with big responsibilities. Its six officers conduct search and rescue operations, handle maritime enforcement off the coast, and protect wildlife from people and vice versa. With law enforcement authority in tow, Martinelli said Harbor Patrol officers often act as the first responders to calls for service in the Avila Beach area, which hosts thousands of San Luis Obispo County residents and tourists each weekend.

From 2017 to 2020, data provided to New Times shows that Harbor Patrol officers made more than 6,100 enforcement contacts, which include traffic stops, citations for illegal mooring and anchoring, smoking, alcohol, illegal parking and camping, and more. The Harbor Patrol was called in to assist other agencies more than 700 times in those four years, conducted roughly 1,700 marine search and rescue operations, tows, and assists, and responded to 186 calls for medical aid.

Martinelli said that data compared to the Harbor Patrol's low rates of using force should illustrate to the public and elected officials that the de-escalation training that officers attend is working. He's confident that the Harbor Patrol's use of force policies are in line with the law, and in his mind, it's obvious that a public safety agency like the Harbor Patrol is needed in the Avila Beach area.

"And so I want to remove all the politics out of this and look at the actual factual history of Port San Luis and how wonderful these men and women of this port have done over the past 16 years," Martinelli told New Times. "You cannot argue with the statistics and the success." Δ