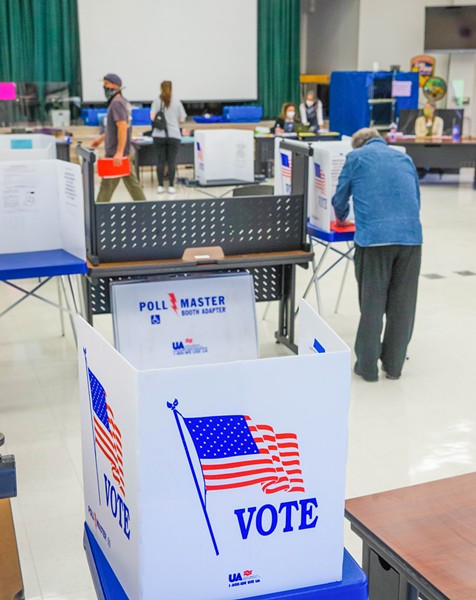 With all precincts reported and a majority of a record number of mail-in ballots counted, Harmon led the mayor's race with 53.9 percent of the vote. Challengers Cherisse Sweeney, Sandra Marshall-Eminger, and Don Hendrick trailed with 32.3 percent, 12.2 percent, and 1.5 percent of the vote, respectively. 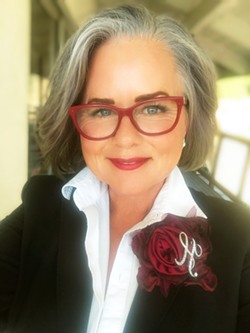 "I'm so proud of our team," Harmon told Democratic Party supporters on an Election night Zoom call. "This has been the most contentious election I've personally been in. The soul of this city has been at stake in this election."

Those numbers are expected to climb over the next several days as SLO County officials tally outstanding mail-in ballots, which could be in the 25,000 to 30,000 range countywide, according to the Clerk-Recorder's Office. But Harmon's hefty election night lead prompted a concession statement from Sweeney on Nov. 4.

"A humble thank you for the outpouring of inspiring support," said Sweeney, a downtown business owner who emerged during the COVID-19 crisis as the leading challenger to Harmon, raising by far the most money of the candidates. "Connecting with thousands of SLO residents during this journey has revealed that change and intelligent conversations must continue to take place. The council has heard our message, and we now must trust they will be as committed to guiding our city to a brighter future."

In the City Council race, Pease and Marx led a pack of eight candidates, receiving 24.6 percent and 20.5 percent of the vote, respectively, as of press time. Trailing in third place was Abrianna Torres at 16.8 percent, followed by James Papp at 11.5 percent, Kelly Evans at 11.1 percent, Robin Wolf at 5.8 percent, Erik Long at 5.6 percent, and Jeff Specht at 4.1 percent.

If their leads hold, Pease, a local architect and business owner, would win a second term and Marx, dean of the SLO College of Law, would get another four years on a council she's already served 12 on as a former City Council member and mayor.

Speaking by phone on Nov. 4, Pease called the unofficial results a signal that "we are going in the direction the community generally supports." She cited the council's focus on COVID-19 economic recovery, climate action, housing, and diversity and inclusion.

"I think that we did get a good affirmation," Pease said. "At the same time, I'm looking again, recognizing there are a lot of folks who voted differently. I think we need to do an ongoing effort to reach out to those folks and we're hearing their good ideas and considering all voices."

The frontrunners' third-place challenger, Torres, issued a concession statement on Nov. 4, minutes after Sweeney's. The small business consultant in her 20s aligned closely with Sweeney throughout the campaign. She raised the most money of the eight council candidates.

"The fight has just begun," Torres said in her statement. "We must continue to listen to our community, focus on creating practical solutions, and put an end to the divisive rhetoric once and for all."

SLO's 2020 election proved emotional and contentious, backdropped by racial justice protests and a crippling pandemic. Pease said these dynamics made for a chaotic campaigning experience and that the community has some healing to do going forward.

"The Black Lives Matter protests, the interest in addressing social and racial injustice and economic disparities—I think it's been really challenging for us as a community to know how to have those big conversations," Pease said. "I think we're more on the same page than what got amplified during the election. But I think it still reflects there are some kind of foundational differences. ... There will be some difficult conversations, but they'll be productive in the long run." Δ