Hayley and The Crushers, The Reefriders play the Morro Bay Skateboard Museum fundraiser at The Siren July 14

The Morro Bay Skateboard Museum is super rad, a one-stop spot that chronicles the history of skateboarding from 1930s proto scooters to the homemade boards of the '50s to the wide bowl-riding boards of the '70s and right through to today.

First opened in 2012 and currently located in Morro Bay's Marina Square (699 Embarcadero), it's the brainchild of '70s skate legend Jack Smith, 61, who also founded The Skateboarder's Journal. The museum is a labor of love for Smith, who has skateboarded across the U.S. four times since 1976, generating money for his museum and to donate skateboards to kids in need to raise awareness for the sport he loves.

The museum is a worthy cause, and in constant need of funding, and this Saturday, July 14, Morro Bay's The Siren nightclub is hosting a fundraising concert for the museum featuring Bay Area surf instrumental band The Reefriders and local garage/surf rockers Hayley and The Crushers (doors at 7:30 p.m.; 21-and-older; $20 at ticketfly.com and Boo Boo's).

It's going to be a killer night starting with live DJ sets by FlutterByCam and Steph West, raffles, museum merch (buy an awesome T-shirt!), and more!

The Reefriders is a trio that re-creates everything from the sounds of early surf bands to the scorching guitar sounds of Dick Dale. You may feel like you're living the Pulp Fiction soundtrack.

Hayley and The Crushers will douse you in the musical equivalent of glitter and sparklers, with a sound that feels like The Go-Go's meet Gidget in a mosh pit.

Numbskull and Good Medicine Presents kick off their week with Houston-based country radio hitmaker Josh Ward at BarrelHouse Brewing this Friday, July 13 (6 p.m.; all ages; $20 presale at ticketfly.com and Boo Boo's). Ward has enjoyed a string of No. 1 hits on the Texas Regional Radio Chart.

"I have that disease where I think every song has to be a hit," Ward said in press materials. "If it's mediocre, I won't do it."

If you like traditional, hard-hitting country, check out Ward and discover why Texas Regional Radio named him New Male Vocalist of the Year in 2013. His third album, More Than I Deserve, garnered more than 300,000 streams since its May 4 release and debuted at No. 15 on Billboard's Heatseekers Chart and at No. 5 on the iTunes country albums chart. The dude is hot right now!

If you were hoping to see Paul Thorn at The Siren next Thursday, July 19, sorry but it's sold out. Keep track of all Good Medicine shows at goodmedicinepresents.com.

There are still tickets for The Chris Robinson Brotherhood this Thursday, July 12, at the Fremont Theater (9 p.m.; $24 general admission to $249 VIP at Boo Boo's or eventbrite.com). Robinson, former Black Crowes frontman, and his stellar troupe of musicians deliver energetic, infectious, feel-good rock, drawing from a deep catalog of solid albums. Each show is an adventure! Where will the Brotherhood take you? 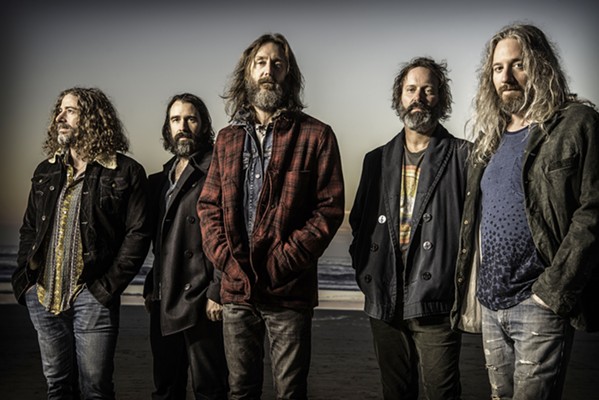 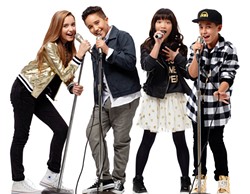 Vina Robles Amphitheater hosts the Kidz Bop live 2018 tour on Tuesday, July 17 (6:30 p.m.; all ages; $35 to $55 at vinaroblesamphitheatr.com). This is the "ultimate family concert, sung by kids for kids, and is guaranteed to get everyone singing and dancing along," according to press materials. "The show is headlined by The KIDZ BOP Kids, who have been named Billboard magazine's "No. 1 Kids' Artists" for the eighth consecutive year.

The Mid-State Fair opens this Wednesday, July 18, and as usual, there's too much entertainment to list in its entirety. Visit midstatefair.com to see it all and buy tickets, but highlights this week include Los Lonely Boys playing free on Wednesday, July 18, at 6:30 and 8:30 p.m. on the Fort Frontier Stage; and global superstars Florida Georgia Line in the Chumash Grandstand Arena (7:30 p.m.; $51 to $131). These guys take country music to new and unexpected places!

On Thursday, July 19, see powerhouse vocalist and The Voice TV show winner Cassadee Pope for free at 6:30 and 8:30 p.m. on the Fort Frontier Stage; global superstar Pitbull plays the Chumash Grandstand Arena (7:30 p.m.; $41 to $96). "From Mr. 305 to Mr. Worldwide, Armando Christian Perez, aka Pitbull, rose from the streets of Miami to exemplify the American Dream and achieve international success," according to press materials.

If you like wine and jazz (and more!), Puffers of Pismo is the place to be this week. You should check their site for a complete listing at puffersofpismo.com, but highlights this week include Kait Dunton and trioKait on Thursday, July 12; then Dr. Jazz—aka Bruce Eskovitz—brings his hot sax to the venue on Saturday, July 14; and finally The Kaeli Earle Trio plays Wednesday, July 18. Most shows start at 7 p.m. and are free.

Celtic act RUNA plays Castoro Cellars for a SLOFolks show this Saturday, July 14 (7 p.m.; all ages; $25 at (805) 238-0724 or online at castorocellars.com/events). Expect a "unique brand of traditional Irish music infused with Americana, including hints of jazz, blues, and flamenco," according to press materials.

Don't forget that local blues, Southern, and classic rockers The AJM Band will play their official release party for their kickass new album The Hard Way this Saturday, July 14, at D'Anbino (7:30 p.m.; 21-and-older; $10, call (805) 227-6800 for reservations). If you're a fan of good old fashioned rock, don't miss them!

Brass Mash plays the newly reopened Sweet Springs Saloon this Saturday, July 14 (9:30 p.m.; 21-and-older). These guys are so fun and so tight as they take covers by the likes of Van Halen, Daft Punk, Bon Jovi, Lady Gaga, Seal, System of the Down, Dr. Dre, Lorde, and many more and give them the instrumental brass treatment. Local experimental jazz group ArsonWire opens.

The Painted Sky Concert Series presents an evening with singer-songwriter Jackie Bristow in an intimate performance on Sunday, July 15 (7:30 p.m.; all ages; $20 at Boo Boo's or by calling (805) 927-8330). The New Zealand-born but now Australia-based performer writes amazing songs, which is why she's been tapped to open for acts such as Bonnie Raitt, Foreigner, and The Steve Miller Band. Guitarist Mark Punch will accompany Bristow.

And because these may sell out, a quick reminder that Social Distortion plays next Friday, July 20, at Avila Beach Golf Resort (6:15 p.m.; all ages; $39.50 to $175 at eventbrite.com and Boo Boo's), with Jade Jackson and Aaron Lee Tasjan.