Hearst assumes care of his sister and her estate

Phoebe Hearst Cooke's estate and medical needs will be permanently overseen by her twin brother and nephew under a judge's decision reached June 3. 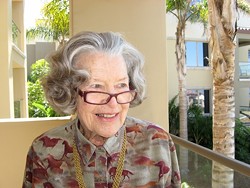 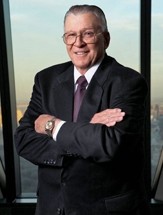 After a trial that lasted less than 30 minutes and included no witnesses, SLO Superior Court Judge Teresa Estrada-Mullaney ruled, based on written reports, that Cooke is paranoid and suffers from significant cognitive impairment and is thus unable to care for herself or protect herself against potential fraud.

She ruled that twin brother George Hearst, Jr. and nephew Steve Hearst are the appropriate guardians for Cooke.

Cooke is the granddaughter of publishing legend William Randolph Hearst and her fortune has been reported to be as much as $2 billion, making her one of the wealthiest women in America. (Cooke herself has said that estimation was far overblown.)

George Hearst, the chairman of the board of media giant Hearst Corp., attended the trial but declined to talk to reporters after the decision. His attorney, John Ronca, said after the ruling that it will mean Cooke’s estate will have permanent conservators, as opposed to the county-overseen temporary conservatorship that has been in place for nearly a year.

Under County Chief Deputy Public Guardian Lisa Niesen’s watch, Cooke’s bank accounts were overseen, her possessions were tallied, more than 100 of her prized horses were sold at auction, and the county assumed management of her massive Circle 6 Ranch in Paso Robles.

Because the order grants George and Steve Hearst control of her person as well as her estate, the decision also effectively gives the two the power to oversee her needs for food, clothing, shelter, and medical care.

“Now we can put people in place and we can remove people that shouldn’t be there, to help her live happily and properly and help her get good medical care,” Ronca said.

Cooke’s court-appointed attorney Martha Spalding mounted no obvious defense. She offered no opening statement, rebuttal, or witnesses in the case, allowing a confidential report to the judge to represent her position. She declined to comment after the decision.

Cooke herself, in interviews, had said she was not happy with her defense and felt she had no control over the processes. She made numerous attempts to hire her own attorneys, without success. More broadly, while she had said she needed more help than she had been getting under the county’s control of her estate, she did not want her brother and nephew to have control over her estate and personal life.

She did not appear at the trial. In interviews, she had said she was unwilling to leave her apartment without someone who could be trusted to watch her apartment when she was gone; she was worried representatives for her brother would enter in her absence. Spalding said during the proceedings that she spoke with Cooke the night before the trial and could not convince her to come.

Deputy County Counsel Rita Neal, who represented the Office of Public Guardian in the matter, said court-appointed attorneys in conservatorship proceedings have dual roles—they both represent the person in question and that person’s best interests as they perceive them.

Niesen was pleased with the decision. “We fulfilled the needs that Phoebe [Cooke] had and that Jack [her late husband] had whether or not they realized it,” she said, noting that the court closely oversaw every decision made on Cooke’s behalf. “Our duties are now done.”