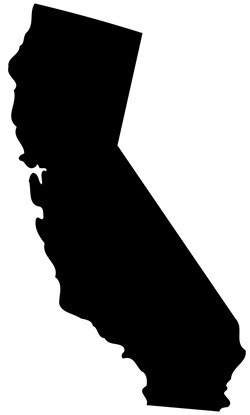 California voters passed Proposition 11, the California Voters First Act, in 2008, to establish a redistricting process that is not led by politicians or consultants. Proposition 11 gives community members a major role in the California redistricting process by transferring authority for establishing Assembly, Senate, and Board of Equalization district boundaries to an independent 14-member Citizens Redistricting Commission. The first task of the Citizens Redistricting Commission will be to adjust district lines following the 2010 Census.

San Luis Obispo and Santa Barbara County residents must get involved to ensure the Citizens Redistricting Commission reflects the diversity found throughout the Central Coast region. The Citizens Redistricting Commission is an opportunity for community members to become engaged in redistricting to make districts better conform to communities’ interests instead of the narrower interests of particular political parties, which make districts less representative, less responsible to residents.

The Central Coast is often underrepresented in decisions and policies flowing from Sacramento, while such metropolitan areas as San Francisco, Los Angeles, and San Diego are overrepresented. This is reflected by early applicants for the Citizens Redistricting Commission, among whom there are very few Central Coast applicants. The more applicants from the Central Coast the better our chances of having representation on the commission.

The Citizen Redistricting Commission will be comprised of five Democrats, five Republicans, and four others (Independents, “decline to states,” etc.).  Selected commissioners are qualified citizens who have been registered in their current political party for a minimum of five years and who have voted in two of the last three state elections. There are several additional eligibility limitations to prevent conflicts of interest, such as not having served as an elected or appointed member of a political party central committee, nor been appointed or elected to federal or state office.  Commissioners are appointed for a term of 10 years but the vast majority of their work will be accomplished from Nov. 2010 to Sept. 2011. Key qualifications that Commission applicants will be judged on include the ability to be impartial, relevant analytical skills, and an appreciation for the state’s diverse demographics and geography.

Applications will be accepted until Feb. 12. Go to WeDrawTheLines.ca.gov for details. Applications will be accepted online. For assistance, contact regional outreach partners Maricela Morales, Associate Executive Director, Central Coast Alliance United for a Sustainable Economy at Maricela@coastalalliance.com or 658-0810, and Gregory Freeland, Director, Center for Equality and Justice at gkfreeland@yahoo.com 493-3477.

The Central Coast Alliance United for a Sustainable Economy (CAUSE), along with the Center for Equality and Justice (CEJ), is involved in ensuring that the Citizens Redistricting Commission reflects the diversity found throughout the Central Coast region (Ventura, Santa Barbara, San Luis Obispo, San Benito, Monterey, and Santa Cruz counties) through work funded by a grant from the Irvine Foundation.

Gregory Freeland is Director of the Center for Equality and Justice and Chair of the Department of Political Science at California Lutheran University. He is currently working on a fellowship from the John and Flora Haynes Foundation to explore citizen engagement in the redistricting process. Send replies to his commentary via the editor at econnolly@newtimesslo.com.