Here's how to create affordable housing

Politicians, here's your chance to help the middle-class majority

Having read the article "Affordable by choice" (Aug. 30) about the county's and cities' inclusionary housing programs, I felt absolutely compelled to respond. Where is it written that any developers, large or small, should have to sell off homes at below cost to a handful of people who are fortunate enough to win a housing lottery? And who ever said that developers should have to pay in-lieu fees (extortion money) in order to obtain the right to build homes? Doing such things, in an effort to ensure that a few affordable homes will be built, only forces the builders to raise the cost of other homes to cover their losses. This essentially amounts to pure socialism, where other homebuyers are subsidizing the lucky lottery winners and wealth is being redistributed. Throwing a bone to a few families and a few more politicians might make the lottery winners happy, but it is nothing short of an insult to the rest of the citizens. Such a pathetic effort at creating affordable housing doesn't even make a dent. This is not the way to address this very serious and ever-growing problem. 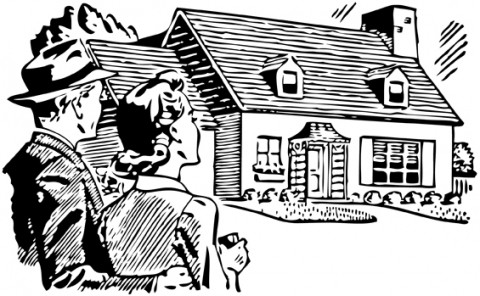 # of even the smallest lots already exceeds that amount. And no one expects people with very limited income and little to no down payments to be able to afford a home. The real issue here is the middle class, who make up the masses and who, under normal circumstances, would and should be able to afford at least a starter home. Unfortunately, the cost of even the cheapest homes has increased substantially over the last few decades, and the cost of an average home has gone up at least three times faster than the average wage. But this is not necessarily an inadequate wage problem either. This is a supply-and-demand and inflated real estate prices problem.

Land and home prices are kept artificially high by selfish, self-centered "no-growthers" who have a political agenda and the U.S. Fish and Wildlife Service in their back pocket. Together, they artificially control the supply by taking large amounts of potentially developable land off of the table, all under the guise of ensuring permanent open space for endangered species that aren't even endangered. With supply way too limited to meet demand, home and land prices skyrocket to whatever the market will bear. Foreclosures are currently at an all-time high, as families find themselves unable to make their house payments. This is not because they recklessly tried to live beyond their means, but simply because they bought houses that they really couldn't afford, because they couldn't find houses that they could afford.

Home prices are currently falling (finally), as homes have actually priced themselves out of the reach of the average homebuyer. However, they are unlikely to fall to a point where the masses can again purchase even starter homes. Unfortunately, large home loans are also now few and far between, as mortgage lenders become unusually gun shy about lending money. Still, this entire problem is fixable, if local governments county and city decide to start making the right choices and show a real commitment to the middle class. But, again, designating only 5 percent to 10 percent of future home building as affordable will not even come close to solving the problem.

At least 75 percent to 80 percent of all new homes should be designated as affordable, selling hopefully in the $275,000 to $395,000 range. This price range would determine the amount that a developer could pay for land and still show a profit. As the value of anything is determined by how much people are willing and able to pay for it, this would ultimately lower the value and cost of land as well. One-third of this eventually developed land could also be sold as just vacant lots, allowing people with skills to build their own homes and cut out corporate profits. Building homes for 70 cents on the dollar would drop the price of their homes even further.

The way to accomplish this, of course, is to pass the same type of ordinances that are already being passed, only expanding them to apply to the majority of the land and people, rather than just a small, relatively insignificant number. This would allow long-time renters to finally purchase their first home. It would then create vacancies in apartments, thereby increasing their supply and eventually lowering their monthly rent amounts as well. This would benefit people from all socio-economic backgrounds. In other words, this could actually reverse the trend that has been driving up the cost of houses, with the same domino effect that drove the prices so high in the first place namely, the unfavorable supply-and-demand equation, and speculators looking to make a quick profit by flipping homes.

However, home purchase restrictions would also have to be built in, to ensure that these changes primarily benefit only the local people. All homebuyers would have to be residents of the county, and all homes would have to be owner-occupied only: no rentals and no further speculators, with home value appreciation acquired over a 20-year period. This would ensure stability and promote the return of the community model, where neighbors actually get to know neighbors, and children grow up together and attend the same schools year after year. In other words, a 21st century standard of living, with 1950s values, where people take pride in their homes and their neighborhoods.

Does this sound like a dream? Only until it becomes a reality, and only if local governments buy into the premise and get on board. Come on, politicians. For the first time in your lives, stop catering to special interests. The middle class majority, which you supposedly represent and which pays your salaries, is counting on you to do the right thing.

Leslie Powers is a Los Osos resident and long-time renter. E-mail comments to the editor at rmiller@newtimesslo.com.