"Fans of heavy metal music have created their own subculture, which encompasses more than just appreciation of the style of music. Fans affirm their membership in the subculture or scene by attending metal concerts—an activity seen as central to the subculture, buying albums, in some cases growing their hair long, wearing leather jackets and T-shirts with band names and logos, and most recently, by contributing to metal publications," Wikipedia explains on its heavy metal subculture page, which is unintentionally hilarious, but I guess if you're trying to explain the metal scene to your great-grandparents, it might do the trick.

This weekend, local heavy metal publication Hail Yourself! Metalzine will be joined by sponsors Sunken Tomb Records and Boo Boo Records to present Mid-State Metal Fest 2019, on Friday, June 28, at Sweet Springs in Los Osos, and Saturday, June 29, at The Graduate in SLO Town. 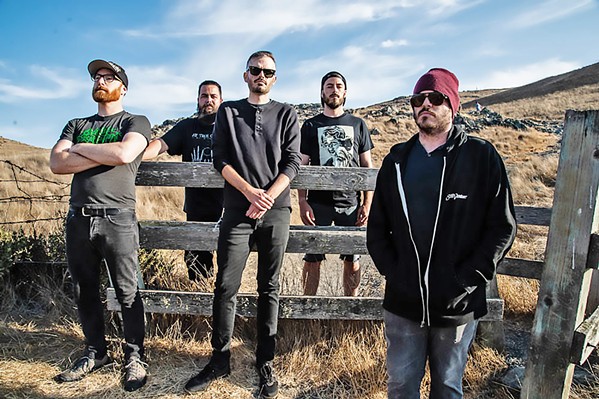 According to 'zine publisher and festival organizer Krystal Otis, this is the first official heavy metal festival in SLO County history, which sounds right to me. We've certainly had some bands roll through town, but this is the first two-day event that's focused entirely on metal music. All told, you can hear 14 bands, nine touring acts, and five local ones.

Swamp Witch formed in 2009 and lyrically focuses on rituals, the occult, psychosis, ancient myth, and esoterica. They have one live album, the EP Gnosis, and two full-lengths: The Slithering Bog (2015) and Dead Rituals (2018).

You can also expect a food truck and vendors' area in the parking lot.

On Saturday at The Grad, the music starts again at 3 p.m., and this one's all ages ($20 tickets at my805tix.com; buy a full festival pass for $40 and get a free poster, but remember you have to be 21 to attend on Friday).

Drouth is a relentlessly pounding band with the 2015 EP Vast, Loathsome and the 2017 full-length Knives, Labyrinths, Mirrors.

There will be food and a vendor area in the beer garden.

Your host, Hail Yourself! Metalzine, is "an underground heavy metal, craft beer, and dark art magazine based in San Luis Obispo, whose sole purpose is to strengthen and expand the heavy metal community here on the Central Coast." It's published three issues and has revived as a podcast the old KCPR metal show Slaytanic Carnage.

If he had a pony

Lyle Lovett puts on such a great live show, and there's no one better at quirky country or alt-gospel. He basically writes lyrics like no one else. 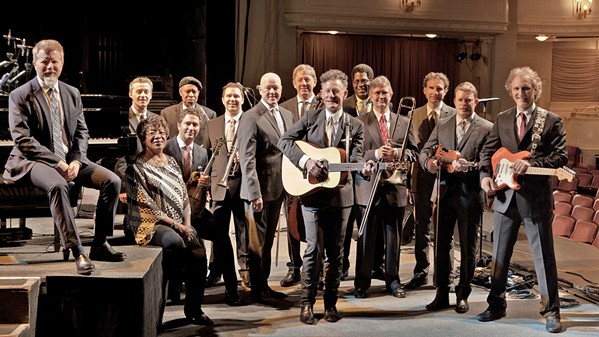 One of my enduring favorites is his song "If I Had a Pony": And if I had a boat/ I'd go out on the ocean/ And if I had a pony/ I'd ride him on my boat/ And we could all together/ Go out on the ocean/ I said me upon my pony on my boat// Now if I were Roy Rogers/ I'd sure enough be single/ I couldn't bring myself to marrying old Dale/ It'd just be me and Trigger/ We'd go ridin' through them movies/ And we'd buy a boat and on the sea we'd sail."

His 14 studio albums traverse the Americana milieu, delving into everything from country to swing, jazz to folk, gospel to blues, and more. He's a truly original and eclectic artist, and if you haven't seen him, your next chance is Sunday, July 7, when Lyle Lovett and His Large Band play the Avila Beach Golf Resort (doors at 4 p.m., show at 5; all ages; $45 to $100 at eventbrite.com; children 7 and under free).

Not music but funny! 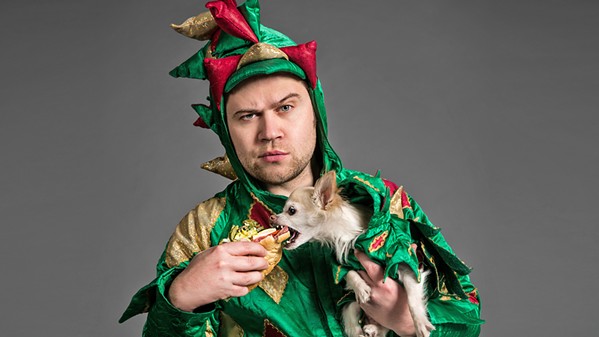 Piff reached a national audience appearing on NBC's America's Got Talent and Penn & Teller: Fool Us, and now the Dragon-suited jokester "continues to win over audiences across the globe with his mythical mixture of wizardry, wit, and sarcasm that ignites a one-of-a-kind comedy magic show you must see to believe!" his bio proclaims. "Joined by his trusty sidekick, Mr. Piffles, The World's Only Magic Performing Chihuahua, the dynamic duo performs nightly to sold-out rooms at his residency at the world-famous Flamingo Casino in Las Vegas in the newly renamed Piff the Magic Dragon Theatre. In addition to the residency, Piff along with Jade Simone, a genuine Las Vegas Showgirl, are currently performing across the U.S. and Canada as part of their 2019 tour The Lucky Dragon."

There you have it! Ta-da!

Numbskull and Good Medicine Presents is bringing you both kinds of music, country and western ... er, I mean folk, when they host gritty Texas country star Josh Ward at BarrelHouse Brewing on Thursday, June 27 (6 p.m.; all ages; $20 presale at Boo Boo's and ticketfly.com or $25 at the door), with opener Charlie McNeal. Ward's a tried-and-true Texan who rodeoed and worked the oil fields before getting into the music biz.

"Words can't describe the emotion that gets put into these runs and the work that we do," Ward said of his and his band's tireless touring schedule. "And these people pay their hard-earned money to see it every night. Thank you. Every time I step onstage, you guys remind me that I have more than I deserve."

According to press materials, "Marlin wrote the songs, as he usually does, in a sort of stream of consciousness, allowing words and phrases to pour out of him as he hunted for the chords and melodies. Then, as he went back to sharpen what he found, he found something troubling and profound. Intimations of loss have always haunted the edges of their music, their lyrics hinting at impermanence and passing of time."

Keep on keeping on

Over at the SLO Brew Rock Event Center, you can see local gal made good Jade Jackson, who's been touring with Social Distortion, delivering her personal, evocative Americana and country songs on Saturday, June 29 (8 p.m.; 18-and-older; $13 at slobrew.com). She's a terrific songwriter whose sound is informed by Lucinda Williams and others. She's got a new album, Wilderness, being released the day before this show.

Awesome seven-time Grammy Award-winning and eight-time Latin Grammy Award-winning norteño legends Los Tigres del Norte return to Vina Robles Amphitheatre on Saturday, June 29 (8 p.m.; all ages; $55 to $75 at vinaroblesamphitheatre.com). They've sold millions of records as they've won over a huge audience with their 24 No. 1 albums and more than 50 No. 1 songs. In the Spanish-speaking world, they're the ultimate storytellers! 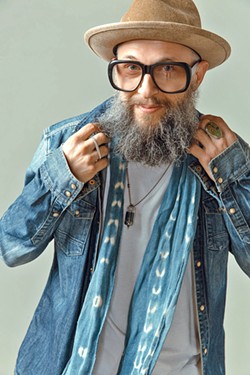 If you've ever been at Luna Red after 10 p.m. or so, you know the tony eatery turns into a cool late-night hangout, which the restaurant has branded Noche at Luna Red.

"What we've decided to do was try to create an environment for a more mature and local audience," local DJ Manuel Barba said. "We love Cal Poly and their students, and although we hope they all come to our late nights at Luna, our focus is to attract working-class, local folks who feel that the downtown and Higuera scene just isn't for them."

This Friday, June 28, Barba and Luna Red are bringing DJ Jeremy Sole, "a world traveling, global DJ and long-standing radio host on KCRW out of Santa Monica," Barba noted. "He's a great guy and an exceptional DJ. That night I'll be spinning, and our brother John Carbonella aka 'Jungle Cat' (The Budos Band, Daptone Records, Soul Dust Productions) will be on percussion as we mix live music and dance music for a very unique experience."

Sounds very hipsteriffic! It's for those 21-and-older and starts at 10 p.m. No cover!

Chet Hogoboom is one of the best singers around here. I loved watching him in his Tower of Power style R&B powerhouse group CT and the Detroit Power. These days he's fronting a new band, The Earls of Tuesday, which will release a CD of original tunes this Friday, June 28, at Costa De Oro Winery in Santa Maria (5 to 8 p.m.; all ages; free). Backroads is also available on iTunes digitally or the CD can be purchased at CDBaby.com/store. The trio includes Hogoboom (vocals and guitar), Alex Kizanis (vocals and piano), and Martie Echito (vocals and guitar).

For the Folks is bringing psychedelic rockers King Dream (frontman Jeremy Lyon formerly of Tumbleweed Wanderers) and local opener Sol Nectar to Bang the Drum on Friday, June 28 (6:30 p.m.; all ages; $12 admission, kids 12 and under free). Proceeds support CAPSLO's programs for homeless and economically distressed populations around the county.

Asheville, North Carolina's Drunken Prayer plays a couple local shows this week, starting with an in-store at Boo Boo Records on Tuesday, July 2 (3 p.m.), and also Wednesday, July 3 (7 p.m.) at Morro Bay's Libertine Pub. They're touring in support of their fifth full-length, Cordelia Elsewhere, which they describe as a slightly eccentric, descendent of outlaw country. "These are stories of superstition, civil war, and 'triple stacks blocking out the sun.' The more upbeat numbers on the album were hatched on a tour across Europe with Morgan's other band, alt-country goths, Freakwater," according to press materials. Δ