It's the Cold War in Berlin, and the only thing that might save us all is magic—and even that has gone awry. 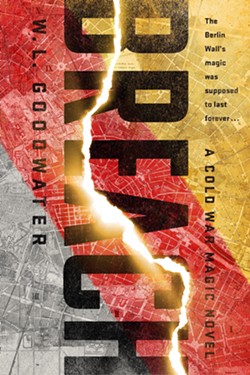 Cal Poly alumnus and Arroyo Grande resident W.L. Goodwater thought for sure that someone must have written something on the subject. When he found no one had, he got to work on creating Breach: A Cold War Magic Novel. Goodwater's debut novel, which comes out on Nov. 6, is the first in a new Cold War fantasy series, where the Berlin Wall is made entirely of magic. When a breach unexpectedly appears in the wall, spies from both sides swarm to the city as World War III threatens to erupt.

Karen, the story's protagonist, is a young magician with the American Office of Magical Research and Deployment, who is sent to investigate the breach in the wall and determine if it can be fixed. But she finds that even magic itself has its own agenda.

New Times: How would you describe ?

W.L. Goodwater: Breach is a hybrid between a spy novel and a fantasy novel set in Berlin during the Cold War.

WLG: I've been writing since I was a little kid. I didn't write in college at Cal Poly, but after graduating I got back into it. Breach is probably or seventh book that I tried to get agents into, but nothing else ever really got .

NT: What inspired you to write ?

WLG: It sort of came to me. I had a moment of inspiration. I try to read broadly. A few years ago I was reading a lot of John le Carre, master of the spy thriller, and I was watching Agent Carter, which [shows the] crap and misogyny that women have to deal with. I like the Cold War period, and I've always liked fantasy.

NT: How does your day job working in software to your writing career? 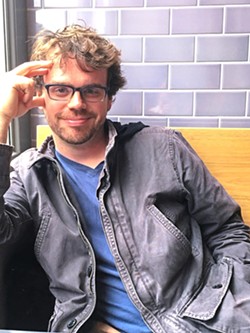 WLG: I always wanted to be a writer, but I recognized the economic viability of being a writer. Writing novels and working on software have no similarities really, other than the keyboard. They exercise two different parts of my brain.

NT: Who is the target audience for Breach?

WLG: Anybody with a wallet. I think fans of spy novels and fans of fantasy can both be engaged. The content of the novel is definitely PG-13. It's for adults, but teens can definitely get into it, too.

NT: What are some of your favorite authors and books?

WLG: My favorite author is Cormac McCarthy and The Road. His style is just so hauntingly beautiful.

NT: What other writing projects are you working on?

WLG: The sequel to Breach comes out November 2019. It picks up a few years after Breach and goes from the Cold War in Berlin to Cuba in the time leading up to the revolution.