While large beach crowds over a hot weekend of April 24 raised questions among locals about whether tourism is making a comeback during COVID-19, officials say that hotel occupancy rates in general remain extremely low throughout San Luis Obispo County.

Hotel occupancy has averaged around 15 percent for the past several weeks, when it would normally be 60 percent or higher at this time of year, according to Visit SLO CAL, the marketing agency for SLO County tourism. 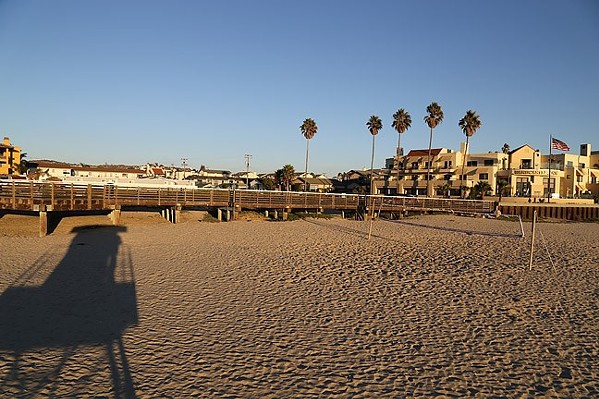 Nineteen hotels and motels have opted to temporarily close their doors.

"Those numbers should be pretty obvious," said Clint Pearce, CEO of Madonna Enterprises, whose Madonna Inn is open but has struggled financially. "We're losing money every day ... [but] we feel like it's our community duty and service to provide that essential service."

Lodging properties—including Airbnb rentals—are considered essential businesses under the state's shelter-at-home order. Since the crisis, hotel guests have been primarily essential service workers and locals, according to Chuck Davison, president and CEO of Visit SLO CAL.

"Many of these hotels are housing emergency service and medical personnel that need a place to stay that doesn't potentially put their own families at risk," Davison said.

While data on Airbnb properties is less available, Davison said "we are hearing from our partners that occupancy is at about 16 percent." He added that many vacation rentals, especially on the North Coast, are being occupied by their primary owners who are Bay Area or LA residents.

"We are seeing an uptick of those individuals opting to shelter at home in their homes here in the county rather than in a major metropolitan area," he said.

Despite the data showing overall low occupancy, coastal officials and hoteliers acknowledged an uptick in guests enjoying the warm weather of the April 24 weekend.

On April 28, the city of Morro Bay issued a warning to hotels and vacation rentals against hosting non-essential, out-of-area guests. Hotels could be subject to $1,000 fines if they are found in non-compliance, the city said. Δ